Mecum attendees bid up to $140,000, but that wasn’t enough for the seller to part with it. 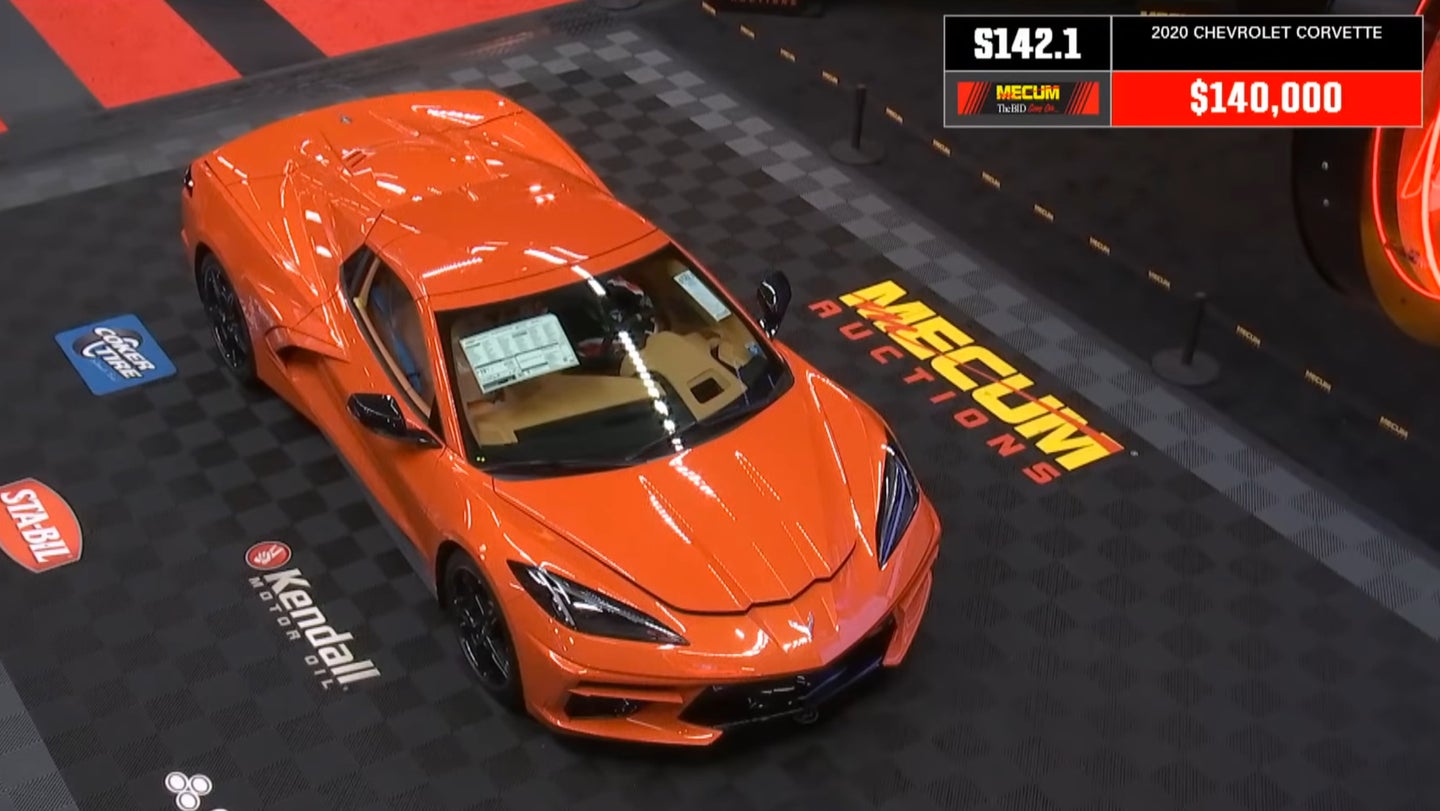 The new C8-generation Chevrolet Corvette was such a hit that it sold out by mid-March last year for its first model year. 2020 Corvettes may be rarer than upcoming C8 model years, as a lengthy strike in 2019 limited the numbers that GM could produce. General Motors was so overwhelmed with 2020 C8 orders that it switched to selling 2021 Corvettes early, and even now, it's still extremely difficult to find a new C8 Corvette for sale.

However, there's one 2020 model year that's still out there for sale after it didn't meet its reserve at Mecum's recent Collector Car Auction in Kissimmee, Fla.: the very last 2020 Corvette to roll off the assembly line.

The final 2020 C8 to leave GM's Bowling Green Assembly plant was a heavily-optioned 3LT convertible in bright Sebring Orange paint, Motor1 reports. VIN 19456 left the factory on December 14, 2020, and only racked up 6 miles after its delivery.

Perhaps he should've listed it online instead, where one Cars.com flipper had a 3LT-package hardtop C8 listed for $150,000 back in June.

Failing to sell for $140,000 feels especially sad when you consider the first Corvette to roll off GM's assembly line. VIN 001 was sold at a Barrett-Jackson auction for $3 million to the Hendrick Motorsports NASCAR team's owner, Rick Hendrick.

Of course, as a wise fictional NASCAR racer once said, "if you ain't first, you're last." The last 2020 model may be slightly rarer than full-production-year C8s in the future, but it's nowhere near as special as the very first production example of Chevy's first-ever mid-engine Corvette.

Georgia Man Wins C8 Corvette In State Lotto, But Dealers Won’t Give Him a Car

The Georgia Lottery has to source the new Corvette from somewhere, but unfortunately, the car itself is impossible to find without a mark-up.