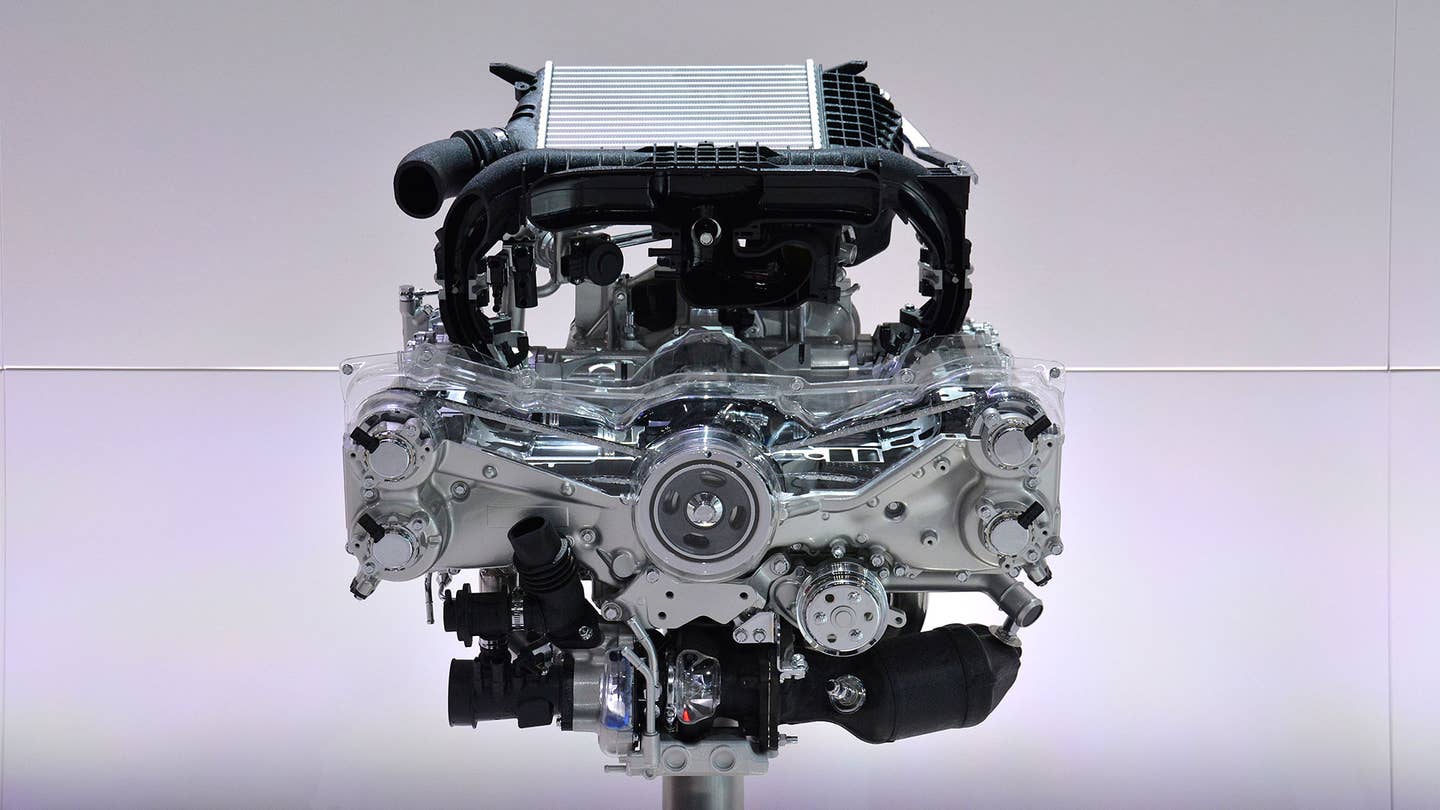 This month marks the half-century mark for a couple important automotive innovations: the Chevy Camaro, and the boxer engine, one of Subaru's defining characteristics. Fifty years ago, the first flat-four powered Subaru rolled out of the Fuji Heavy Industries factory, with a water-cooled pancake making just 55hp and driving the front wheels only. The Subaru 1000 was not a particularly remarkable car, but it was important nonetheless. It was the first.

Walk into any modern Subaru dealership and prepare to be bombarded by more than you really wanted to know about horizontally-opposed engines. Marketing materials point to its low center-of-gravity. Cutaways show the thin cross-section. It's safer! It's compact! It has fewer vibrations! (Or so Subaru says.)

If the boxer engine was so great, everybody would be building one. Instead, only Porsche and Subaru do, and therein lies their accidental genius. Sure, the boxer has a few mechanical advantages (and a few disadvantages - just try changing the sparkplugs), but its real charm is in its character. The fact that you can buy a Crosstrek crossover and get something a little different than a ubiquitous inline-four is part of the reason Subaru is doing so well in sales figures these days. When everything else is bland, a little flavor goes a long way.

And just think of the great cars that homely little front-driver spawned. The neck-snapping fun-in-the-sun of the Brat. The tough, all-wheel-drive Loyale wagon. Colin McRae's 555 STI flying over the humps. The flares of the ultra-rare 22b. The glorious weirdness of the SVX. The sleeper-status Legacy GT Spec B. The family-friendly Outback.

And so, on its fiftieth birthday, a salute to the little determined scrapper that eventually would become synonymous with rally stages and muddy boots. It started as an flapjack oddity, but lasted to become something a bit special. Happy birthday boxer.

Subaru May Have a Mid-Engined Hybrid Sports Car Coming

Picture a BRZ cross-bred with an NSX, and you’ve got the idea.