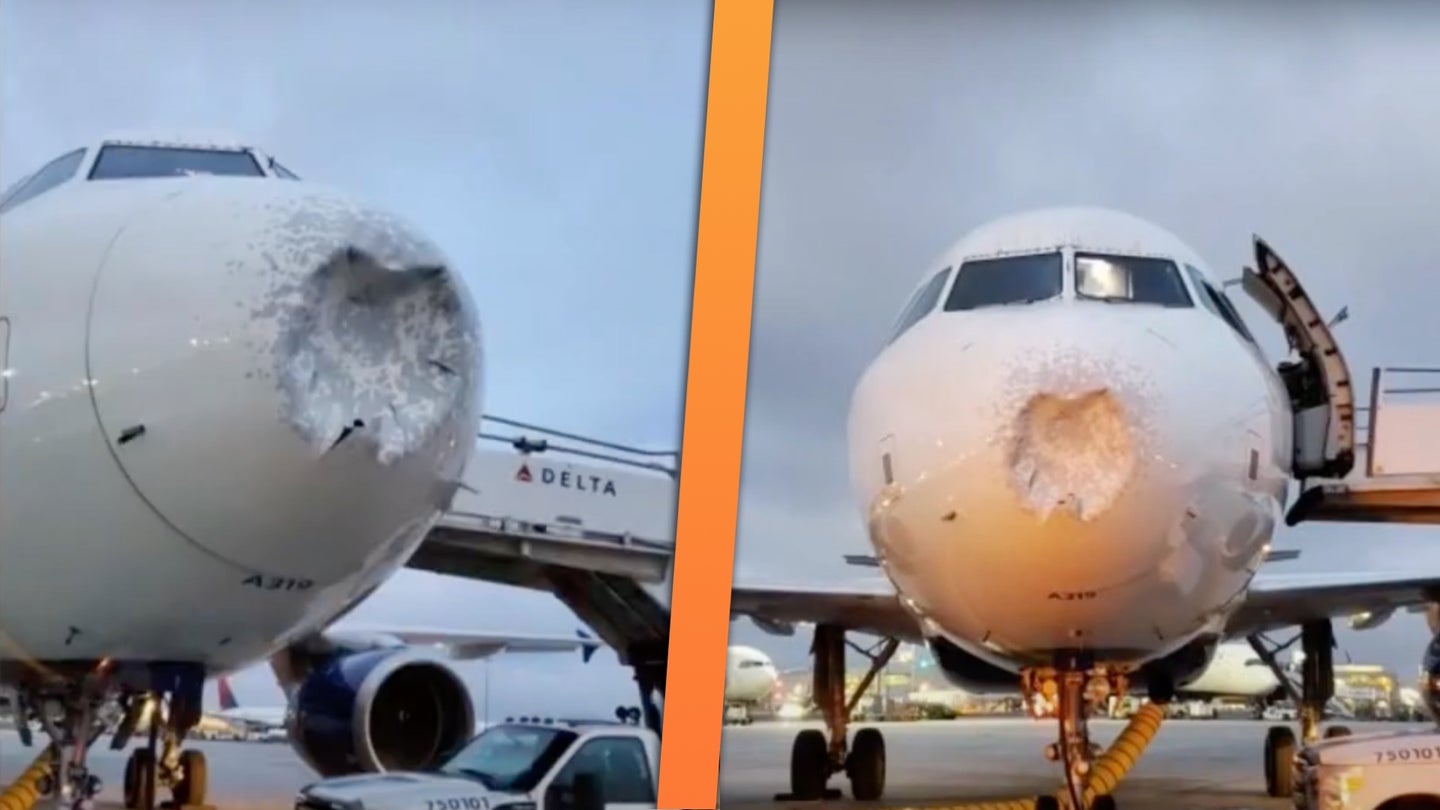 Commercial jets may undergo truly torturous testing before being allowed to carry passengers through the skies, but as thorough as these test programs may be, the real world still holds the upper hand when it comes to complex emergencies. After all, it's easy to simulate encounters with flocks of birds and even lightning, but much trickier to replicate flying through a hailstorm—like Delta flight 1076 recently did before being forced to make an emergency landing due to heavy damage.

Departing out of Palm Beach, Florida on Monday afternoon according to Simple Flying, Delta 1076 reportedly hit hail while descending on approach to its final destination at LaGuardia airport in Queens, New York, after which the Airbus A319's pilots reportedly began to have problems with their navigational equipment. Out of concern for the 43 passengers aboard (Delta is one of only three U.S.-based airlines not running full capacity flights per Market Watch), the pilots chose to land the plane at JFK International, which they safely managed at 6:55 p.m. Upon inspection of the aircraft, the ground crew discovered that the plane's nosecone had been caved in by the hail, likely damaging its Airborne Weather Radar among other navigational components.

A Delta spokesperson told ABC 7 New York that additional hail damage was noted along the Airbus's wings and tail, and that the plane will be retracted from service for several days to undergo repairs. Since cabin integrity was not compromised, no injuries have been reported as a result of the incident, though the Federal Aviation Administration is reportedly investigating the incident.

Semi trucks can be seen driving through the streets with only their hood and windshield visible due to the massive accumulation of hail.