Semi trucks can be seen driving through the streets with only their hood and windshield visible due to the massive accumulation of hail. 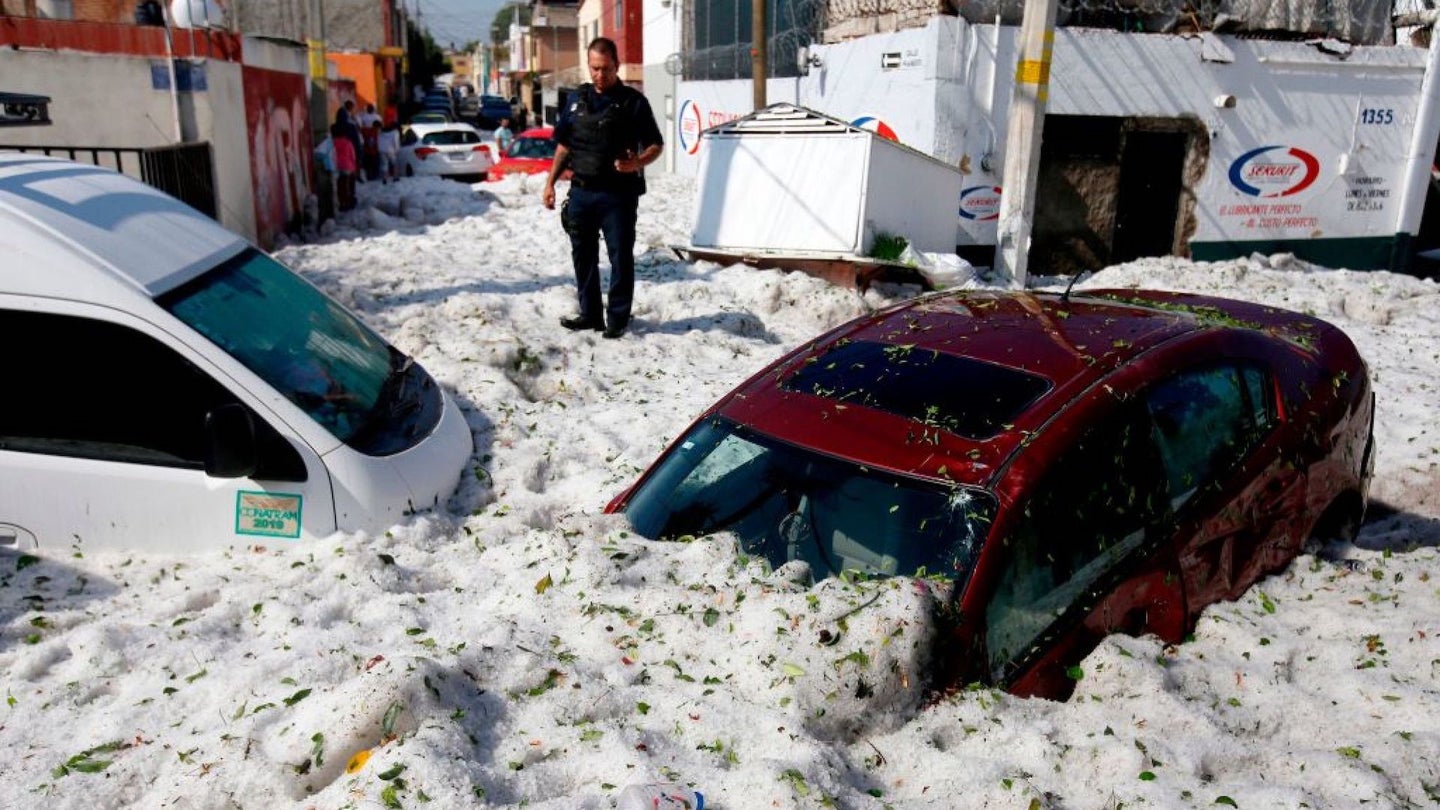 In yet another biblical-themed natural event, there's been a massive hailstorm that blanketed the Mexican town of Guadalajara in feet of ice on Sunday despite summer-like temperatures in days leading up to the inclement weather.

The freak storm covered parts of the city in up to a meter of ice, as Sky News reports, with pictures and videos posted across social media. Truckers struggled to reach their vehicles and some cars were buried up to their windshields in crunchy precipitation.

This isn’t the fluffy, fun kind of weather, either. The ice that fell in Guadalajara was hard and had to be removed in huge chunks in some case. Authorities called in the Mexican army to help city workers clear the street. Stranger still, temperatures in the area had been very warm and dry leading up to the storm, with average temperatures hovering around 90 degrees for several days. The city has had its share of severe weather because of its elevation (5,100 feet above sea level), but the Jalisco state governor said he’s never seen anything like this.

This is the time of year when we typically prepare for severe thunderstorms and tornadoes, especially in the American Midwest, but hailstorms are part of the fun as well. Just last year in Alabama, softball-size hailstones fell, measuring up to five inches in width. The largest hailstone recorded in the U.S. fell in 2010 in South Dakota and measured 18.5 inches in circumference, weighing nearly two pounds.

Amazingly, the authorities in and around Guadalajara say that no one was hurt during the deluge of ice that fell on the city.