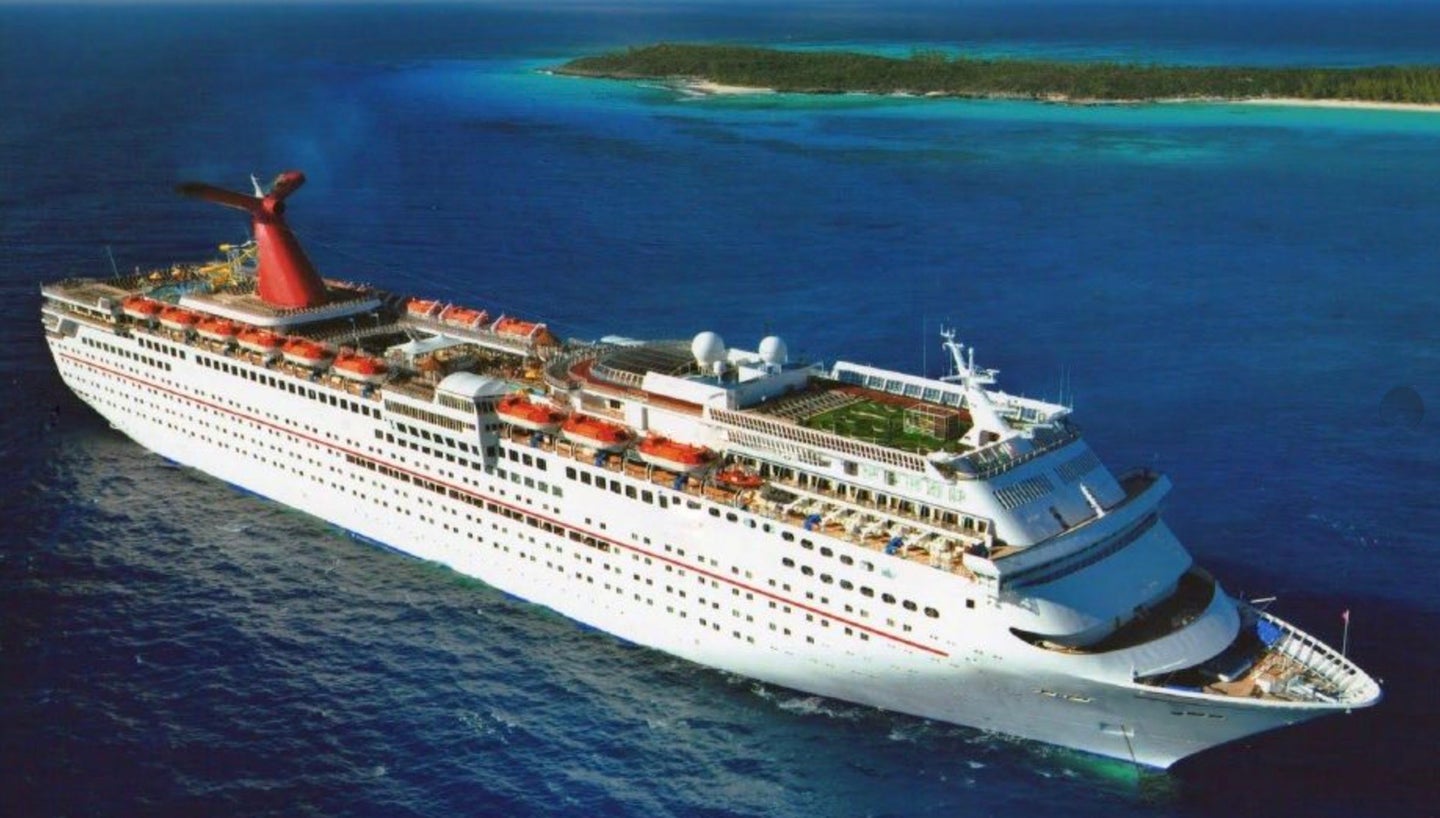 Unhappy with the way things are going in life? Upset that something as simple as wearing a thin piece of cloth around the face causes major political divisions? Do you simply want to reach peak isolationism? I can't possibly understand why you'd feel so down right now. But if you do, I've got a solution for you: a cruise ship with enough capacity for you and 3,513 of your buddies.

Listed for sale on Yacht World for a not-insignificant amount, is this 1996 "Cruise Ship" which looks to be a former member of the Carnival fleet. But first, do cruise ships not have make and models? If that's the case, I think they should, and they should all be named after characters from The Little Mermaid or Finding Nemo. How cool would it be to buy a 1999 Sebastian or a 2006 Dory? Regardless, you're going to need some serious coin or a very well-executed GoFund Me campaign, because the selling price on this bad boy is an iceberg-shattering $155,000,000. Yes, that's $155 million American Greenbacks.

Per the listing, the ship is currently located in San Pedro, California, which according to Google Maps, borders the Port of Long Beach. Sadly, no satellite images revealed used cruise ship lots that I could find.

Details are kind of scarce given the size and price of the item listed for sale. The ad mentions that the hull is made out of steel, and it features a total of 1,027 cabins, with 619 of those being outside cabins (porthole windows or balconies) and 408 interior cabins (no windows). Its maximum passenger capacity is rated at 2,594 plus 920 crew, for a total of 3,514.

Photos show a lavish lido deck complete with pools, a water park, and putt-putt golf, but there's no real mention if these are still intact or they've been dismantled. More importantly, I want to know if the casino and the go-kart track are still there.

If somehow you have the bucks to make this happen, you should have no problem sourcing a qualified crew to run the ship, especially a reputable captain so you don't end up pulling a Costa Concordia with your new ride. (And if things go to hell, don't try to use a Jeep or Raptor to rescue your sinking vessel.)

Considering this isn't a simple pontoon boat, your operational costs could be millions of dollars per year should you decide to sail the seven seas. If you simply want to throw down anchor somewhere in Italy and use a skipper to go to land and buy supplies, your costs may be a little lower. If that's the case, you can probably ditch most of the crew and live dangerously. All of this may sound complicated, but have you looked at the news lately?