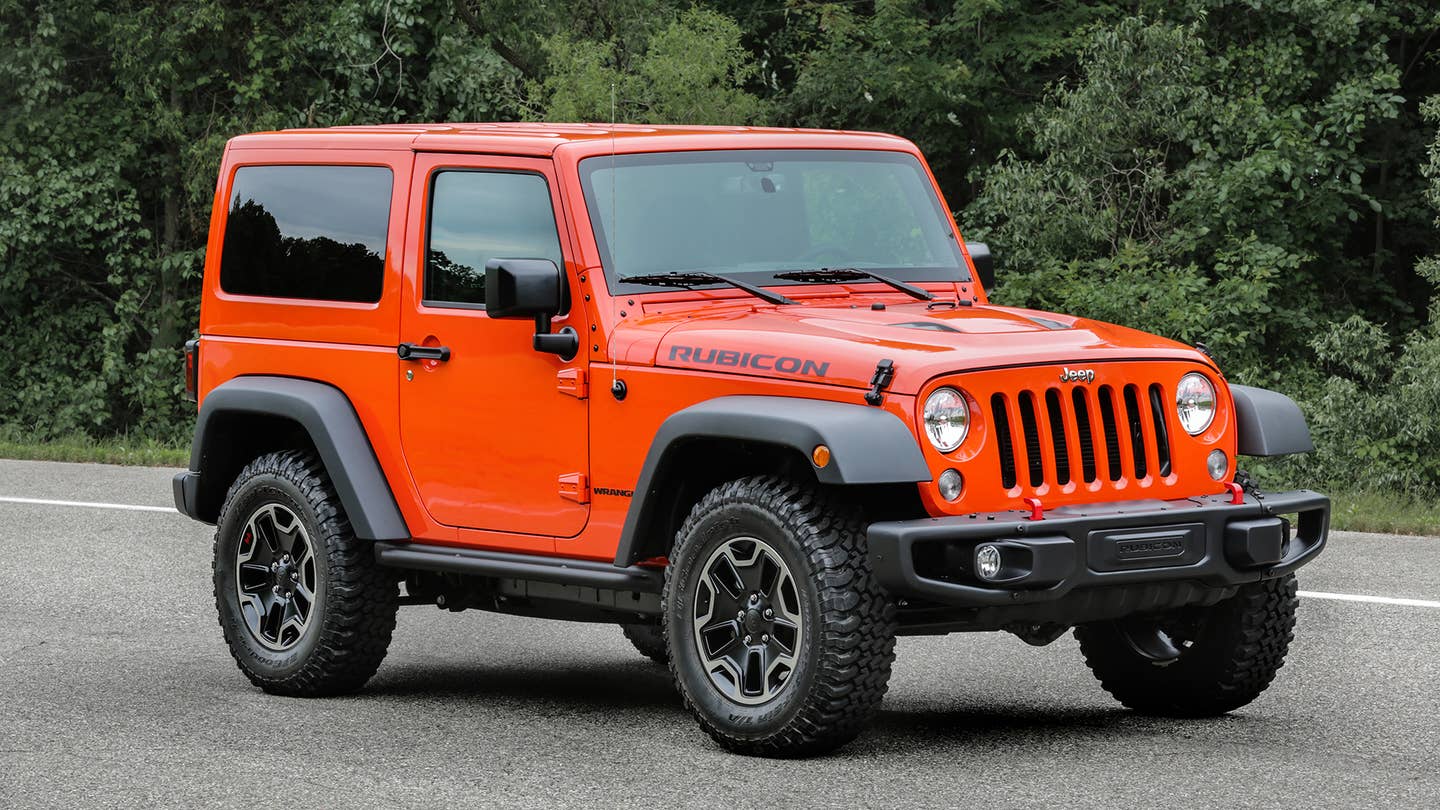 The next-generation Jeep Wrangler may not offer a Hellcat beneath its hood, the way God intended, but that doesn't mean it will be short on potent powertrains. According to a new report, the upcoming Wrangler will likely come with a turbocharged four-cylinder that turns out close to 300 horsepower.

According to Automotive News, the new aluminum block four-banger will be a pretty high-tech piece of kit, equipped with direct injection, variable-valve timing, and a twin-scroll turbocharger to extract as much power as possible out of its 2.0 liters of displacement. And because FCA's last engine bearing an aggressive name starting with "H" did so well, the new motor reportedly goes by the name "Hurricane."

The idea that the next Wrangler will offer a smaller engine than the current 3.6-liter naturally-aspirated V6 has been swirling around the Internet for years, ever since FCA CEO / amateur sweater model Sergio Marchionne mentioned that the next-gen Wrangler would need to offer a smaller motor in order to boost its fuel economy numbers. It's not yet clear whether Jeep would continue to offer the 3.6 liter six-cylinder for the model, but if the Hurricane can blast out similar power and deliver better gas mileage, it's hard to see any point in keeping the old engine around for long—unless it's part of the hybrid powertrain FCA says the next Wrangler will offer.

The next Jeep Wrangler, which is expected to drop next year as a 2018 model-year vehicle, is believed to be quite a departure from the current model. The iconic off-roader is expected to switch to a lighter aluminum body in an effort to improve both performance and fuel economy, and a move to a downsized, turbocharged motor plays right into that narrative. If that plan sounds familiar, it should: it's basically been torn straight from the playbook Ford used on the latest F-150.

Should any buyers of these four-pot Wranglers find themselves being teased by Grand Cherokee Trackhawk owners, here's a fun fact they can throw in the faces of those Hemi-happy fools: In terms of power density, the Hurricane makes the Hellcat look flabby by comparison. The four-cylinder motor cranks out close to 150 horsepower per liter of displacement. The 6.2 liter V8? A mere 114.