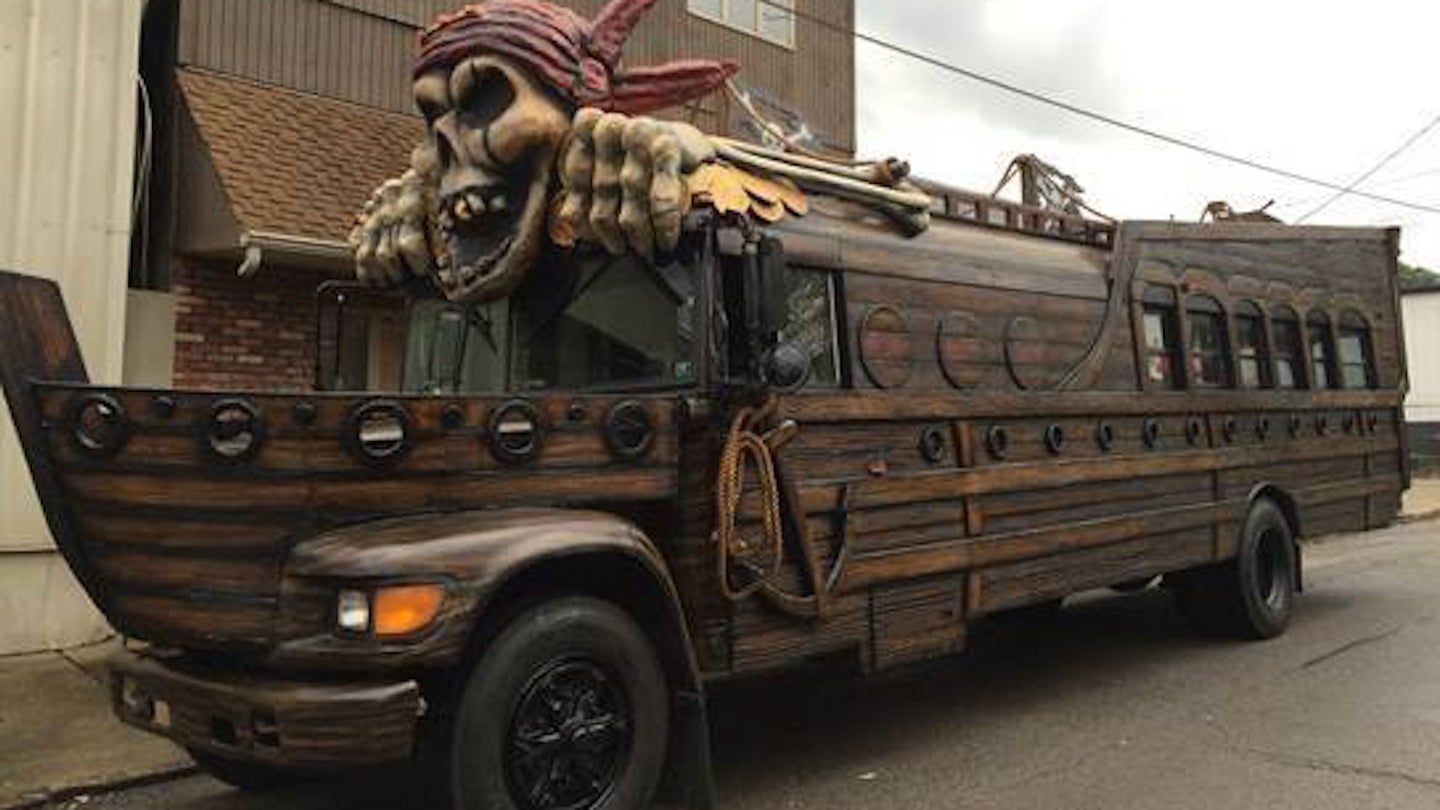 Does your best friend wear an eye patch? Do you have a hideout full of buccaneers that need to ride in style? If the answer to either of those questions is a resounding "Aye!," then this here might be the vessel for you. The "Gypsy Rose" is a 1998 Ford bus that's been completely transformed into a rolling pirate-themed party barge, and it's up for sale right now on Craigslist in Pittsburgh.

In its previous life, the bus was used by a tour company as a colorful transport for winery and brewery tours, corporate team building outings, and even weddings. Some of the experiences included costumed actors and actresses that played out skits in the aisles, capped off with an appearance from the lead character, the infamous Cap'n McKraken.

The 26-passenger Ford bus is powered by a 5.9-liter Cummins diesel engine with 104,835 miles on the clock. The seller says that the bus was hand built and has a custom sound system with USB and auxiliary inputs.

If you’re wondering why the tour company chose a pirate ship for winery tours and other seemingly upscale activities, you’re not alone. The enormous skull and crossbones on the roof don’t exactly scream “classy wine tasting,” but after a few bottles of Pennsylvania’s finest, it’ll probably make a lot more sense.

The seller hasn't disclosed why the bus is up for sale, but during these days of the pandemic, it seems like everybody could use a bit of financial freedom. If you’re looking to do some sailing of your own, the bus can be yours for just $50,000. That’s a small sum when you consider all of the ridiculous possibilities that come along with owning a 39-foot long rolling pirate ship.

Consumer Reports projects these trucks may only travel between 65,000 and 119,000 miles before needing major repairs.