‘Pee Wee’s Big Holiday’ Is A Smorgasbord Of Classic Cars 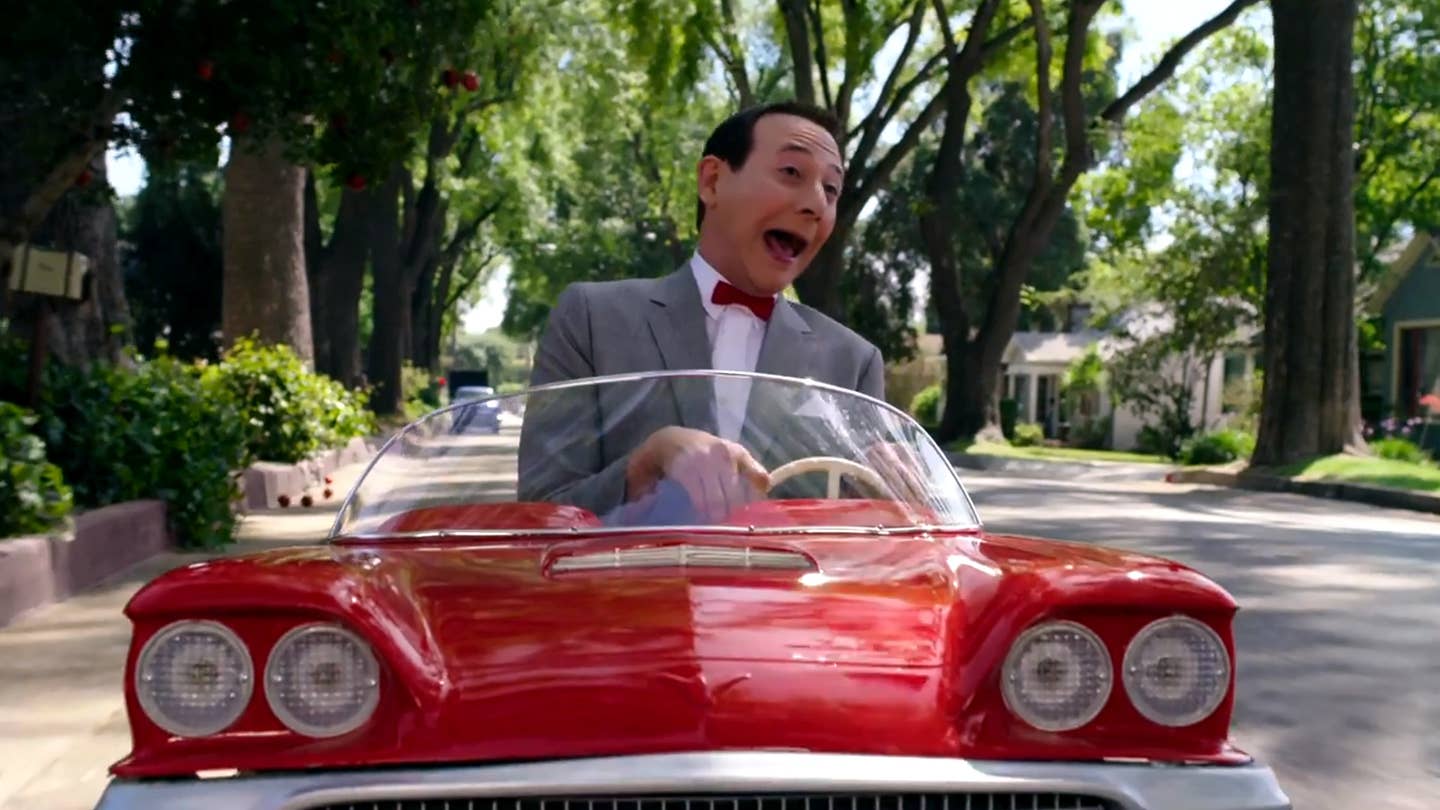 Paul Reubens' return to cinema (well, Netflix cinema) this spring has touched off a wave of nostalgia among the Gen Xers who grew up watching "Pee Wee's Playhouse" on Saturday mornings. Picking up where "Pee Wee's Big Adventure" left off – which is to say, effecting a seamless transition from one iteration of Reubens' absurdly idyllic world to the next – Big Holiday takes Pee Wee out of his neatly ordered comfort zone and out into the chaos of the open road.

The car show begins in the movie's opening scene, which is filled with Reubens' Rube Goldbergian morning routine machines and gaily-colored mid-century sedans and wagons. A near-miss in traffic features an early-Sixties Ford Galaxie and a Mercury station wagon of the same vintage. The newest car in town appears to be an early-Seventies Ford Maverick. Even Pee Wee's car – an adorable light blue late-'50s Fiat 600 – fits neatly into an era when form was paramount.

Outside of Fairsville the cars and trucks get a little newer, but not by much. Pee Wee hitchhikes in a Seventies-tastic RV with a quartet of traveling hairstylists, and later with a traveling salesman peddling gag gifts from his circa-1990 Dodge Diplomat. Considering Reubens' love for collecting little pieces of Americana, neither the briefcase full of joke trinkets nor the Diplomat's burgundy crushed velour interior will come as a surprise.

Pee Wee's Fiat isn't the only instance of a quaint European compact to appear onscreen. There's a Morgan 3-wheeler, too; cooler than any we've ever seen in the real world because it can fly. But most of the vehicles shown are Detroit iron. Among many others, there's an AMC Rambler, a Plymouth Duster, an early-Sixties Ford police cruiser, a Ford Mustang II, a World War II-era pickup truck, a toy '58 Ford Thunderbird, several late-Seventies GM G-body cars and too many Tri-five Chevys to count.

But the one conveyance depicted in the film that's most uniquely American is neither from Detroit nor a car. It's one of those black, horse-drawn Amish buggies. Drive one of those across the Verrazano Bridge like Pee Wee and his friends did, and you'll have a similar experience: a line of angry New Yorkers honking their horns at the miserable, slow-driving lout at the head of the column.