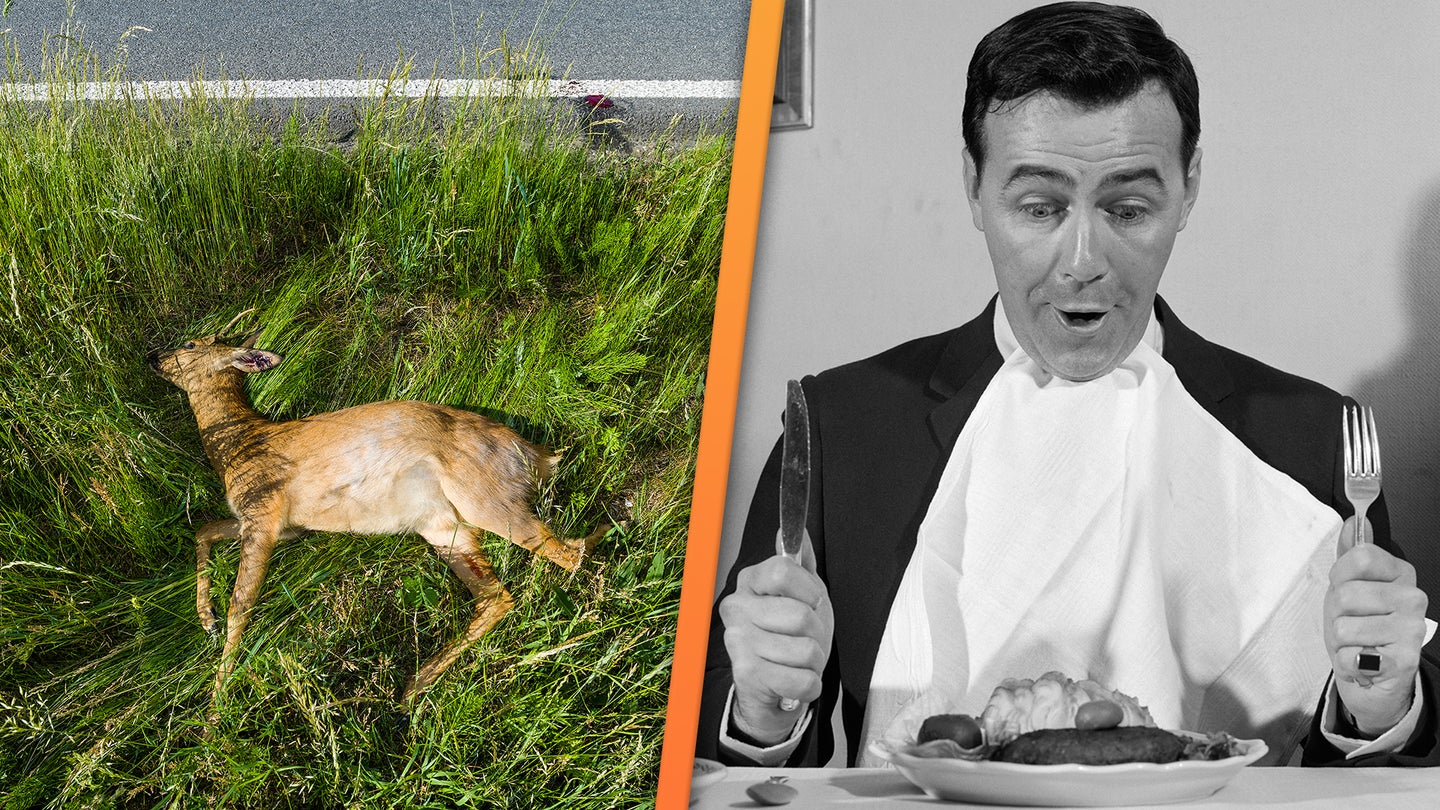 Many of you will likely be making the New Years’ resolution of wasting less food this 2020 and California is 100 percent behind you keeping that commitment with SB-395, or as we at The Drive are calling it, the Eat More Roadkill Law.

Actually called the Wildlife Traffic Safety Act, the legislation would lift sanctions and fines meant to deter motorists from scavenging roadkill from the side of the road—currently, only state agents are allowed to remove carcasses. Designed to set up a pilot program aimed at salvaging only deer, elk, pronghorn antelope, and wild pig through app-based permit allocation, SB-395 is meant only be for those motorists who RIP’d Bambi’s mom.

According to the law’s text, the state of California is aiming at setting up three jurisdictions where high animal-car collisions occur or where the wildlife populations of those four species of mammal are high. Those locations have yet to be declared, so don’t go off looking for tonight’s dinner just yet.

SB-395’s text argues that over the course of a given year, nearly 20,000 deer alone are killed along California’s highways and that this overabundance “potentially translates into hundreds of thousands of pounds of healthy meat that could be used to feed those in need.” Obviously, the freshness of your find will be one of the biggest contributors to whether or not venison is what’s for dinner.

California’s Bureau of Fish and Game will manage the app-based pilot program and while the locations have yet to be determined, one provision of the law states no reclamation can occur on California’s freeways, as stopping for anything outside an emergency remains illegal.

Obviously, this is still early days and the pilot program’s success could mean that you or I, or any California motorist who comes into extremely close contact with one of the state’s large game animals, and lives to tell the tale, could get a tangential benefit out of getting stuck with a hefty car repair bill. Just be careful and check for glass. Now, who’s hungry?