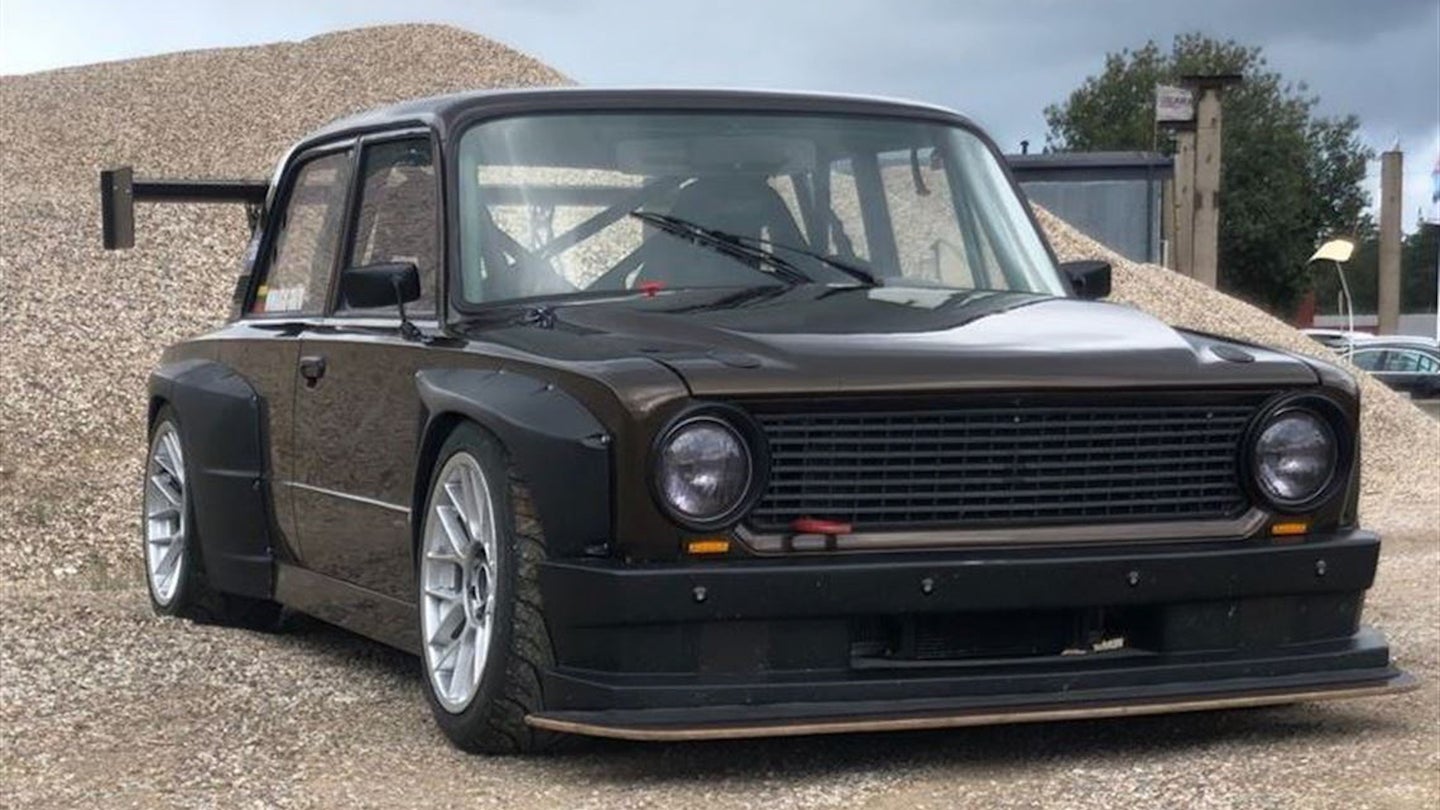 This unique bargain of a Lada race car could be yours for not much more than the price of a new Toyota Corolla, but you'll have to go to Lithuania to get it. It might be worth the trip for the right person, however, because the little Russian car is sporting an iconic and powerful Italian engine that's made it all kinds of feisty.

The $24,229 price tag on Race Cars Direct is a small sum when you consider everything that went into building it. This car has underpinnings from a BMW 3 Series e36 and a turbocharged 2.0-liter Lancia Integrale engine. The Italian motor is said to make over 400 horsepower and has only done around 186 miles on the race track. It looks the business, too, with big, boxy flares covering the 17-inch wheels.

The car’s owner and driver, Mindaugas Grazys, has an extensive Facebook posting history that documents its progression over the years. Astralas Production also captured parts of the build on its YouTube channel, but be warned that there is a generous helping of early 2000’s bass-loving techno music in the video.

Lada might not be the first name that comes to mind when thinking of motorsport success, but the Renault-owned Russian carmaker has quite a lengthy racing resume. Considering Ladas aren’t known for their outright speed that's where the Lancia powertrain comes in. The Delta Integrale is one of the most sought after and iconic hot hatches of all time, surpassed only by the VW Golf GTI. Lancia ruled the sometimes-deadly Group B rally scene in the 1970s and 1980s with its Stratos, a rear-wheel-drive car that bashed its way onto the podium against Audi and its revolutionary Quattro cars—so it knew a thing or two about going fast. Even so, this Eastern-Bloc relic of a car powered by a high-strung Italian engine could be quite a headache for anyone not prepared to do some wrenching.