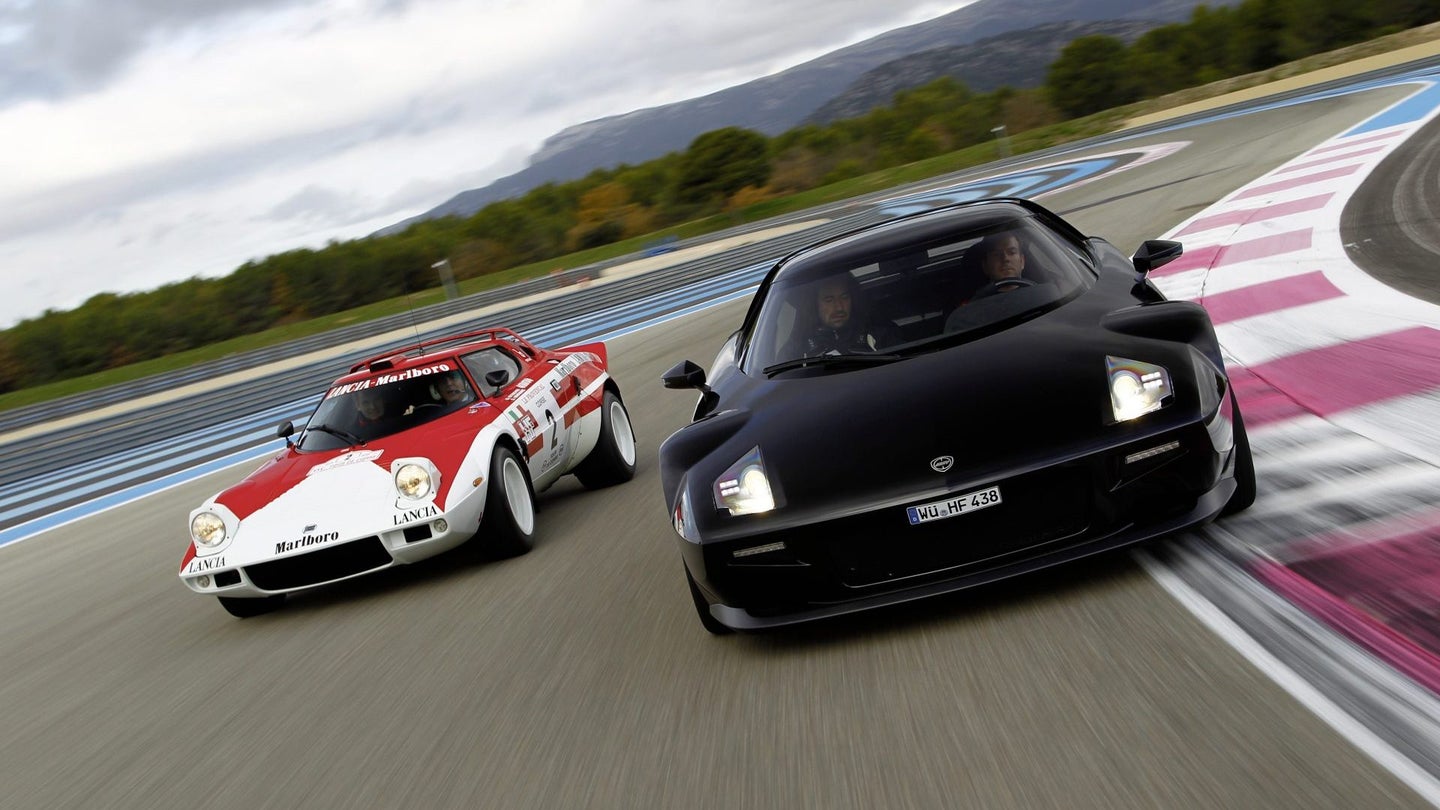 The original Lancia Stratos carved out its role in motorsport history by dominating the early years of the World Rally Championship, securing the constructors' title for Lancia for three consecutive years 1974-76. Because of a limited supply of the 2.4-liter Ferrari V6 engines, Stratos production was limited to a paltry 492 cars, meaning the UFO-shaped rally car is a rare sight indeed.

Its spacecraft shape will soon become a tad less rare. On Friday, Manifattura Automobili Torino announced that in conjunction with the New Stratos GbR, 25 modern supercars will be built. They will be based on the 2010 New Stratos concept car. The concept car was commissioned by German billionaire Michael Stoschek, built by Pininfarina, and moved by the 4.3-liter V8 from a Ferrari F430. The original revival project was called off due to a lack of cooperation on Ferrari's behalf, according to Classic Driver.

The New Stratos, as it is badged, will be sold globally, and offered in three variants. A roadgoing supercar, a track-focused "GT racer," and a Safari package will be available. Only a power output of "over 550 horsepower" has been announced in regards to the New Stratos' engine; the engine's supplier, displacement, and cylinder count went undisclosed by MAT.

No pricing information was stated, but we suspect one must know a guy to even have a shot at buying a New Stratos. The car will be showcased at this year's Geneva Motor Show early next month.