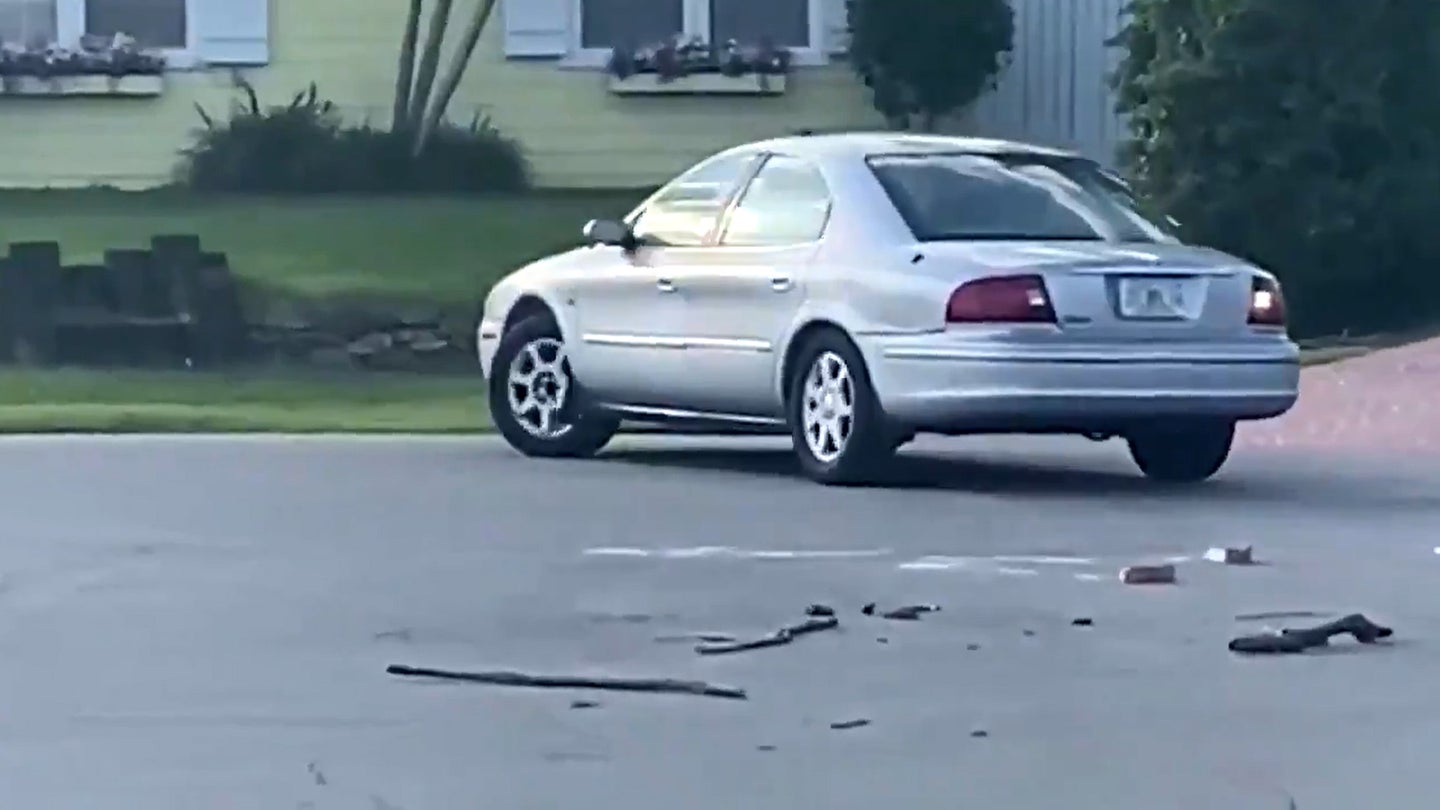 We can’t ever get enough of good ol' pups getting into mischief with automobiles, because who’s a good boy, right? A canine brought some excitement to a Port St. Lucie cul de sac in Florida after jumping into the driver's seat of a Mercury Sable left running while parked, only to knock it into reverse. The dog then performed a slow-going driving stunt show that consisted of reverse donuts for nearly an hour.

Witness Anne Sabol told reporters that she came out of or her house to a whole bunch of commotion, when she noticed a mid-2000s Sable driving erratically on the street in front of her house. At first, she thought it was a student driver who simply was in over his or her head.

"At first I thought I saw somebody backing up, but then they kept going, and I'm like, 'OK, what're they doing?'" Sabol told reporters at CNN’s affiliate, WPBF.

But as soon as authorities arrived to the scene, the truth unfolded. It wasn’t a student driver out to impress their date, but rather, a black Labrador Retriever who simply got caught up in the mix.

Though despite the presence of the proper agencies, there was little that they could do as the car continued reversing out of control. So members of the police and fire department just watched from a distance for nearly an hour until the Sable eventually collided with neighbor’s mailbox and trashcans, slowing the vehicle.

That’s when they sprung into action to save the distressed pooch, who simply hopped out of the driver’s seat, seemingly unphased.

After the dust settled, police learned that the dog’s master, who requested to remain anonymous, simply left the car running while parked. The dog hopped in and somehow knocked the Sable into reverse, leading to the frenzy.

Thankfully, nobody was injured and the owner promised to replace the damaged mailbox.