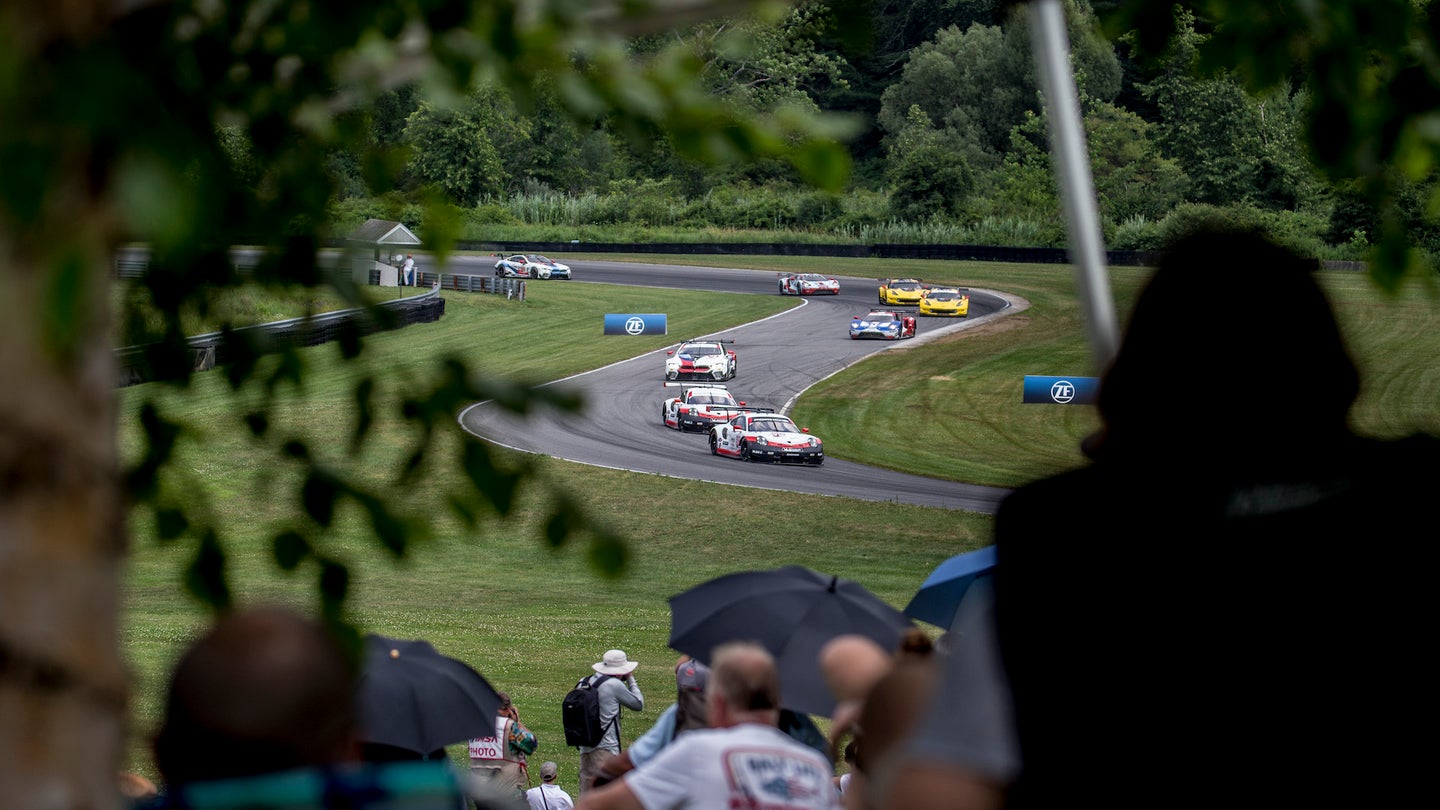 A lawsuit that allegedly determines the future of professional racing at Connecticut's esteemed Lime Rock Park is expected to be decided this week in the state's Supreme Court.

The lawsuit kicked off in 2015, reports News Times, when the circuit's owner Skip Barber sought to negotiate with Salisbury, Connecticut regulators for provisions to hold two to three Sunday races—banned since 1959—annually, in exchange for reducing the number of "un-mufflered" events. Barber, however, encountered pushback from the city's zoning commission and a group called the Lime Rock Citizens Council, a homeowners' association which claims to represent the neighborhoods built in its vicinity.

The resulting clash reportedly reached the state's Superior Court, where Judge John Moore ruled in favor of Sunday racing in July of 2018, but also declared that the zoning commission had the right to oversee Lime Rock's noise levels. Lime Rock's ownership took issue with the ruling, insisting that the noise ordnances (obviously not conducive to motorsport) are under the jurisdiction of the Connecticut Department of Energy and Environmental Protection, whereas its equally unsatisfied opposition allegedly contends that hosting a Sunday race would violate the original 1959 court injunction that banned such events.

Barber explained that the Sunday ban forces shorter race formats and less opportune days of operation—such as Friday and Saturday—on Lime Rock, and that the right to race on Sundays is necessary to keep Lime Rock on the map of professional racing series.

"You could do half-hour races on Fridays and Saturdays, but now the races are much longer and you can't get as many in in one day. The track is threatened to lose major races because we can't give them enough time," Barber told News Times. "We're dealing with changing circumstances. Now it's necessary to race on Sunday."

Barber then argued that continued restrictions on Sunday racing wouldn't affect only the track, but the community surrounding it, pointing out that the traveling circuses of professional racing support regional hospitality industries.

"The park would still be used, but there wouldn't be any spectators. Without the professional events, there wouldn't be any spectators going to restaurants or hotels," concluded Barber. "It's really sad. Everybody has spent a fortune on lawyers. The crazy part is, there is not one neighbor who has been there before the track was built. Everyone has bought their house since the track has been there."

Eyewitnesses said they saw Stefanik’s light aircraft dip below the treetops before hearing a huge explosion.

The Porsche 718 Boxster S, Driven at Lime Rock: Still the Same Where It Counts

We took Porsche’s latest mid-engined roadster for a burn around one of the race tracks that jumpstarted the Porsche legend in America.