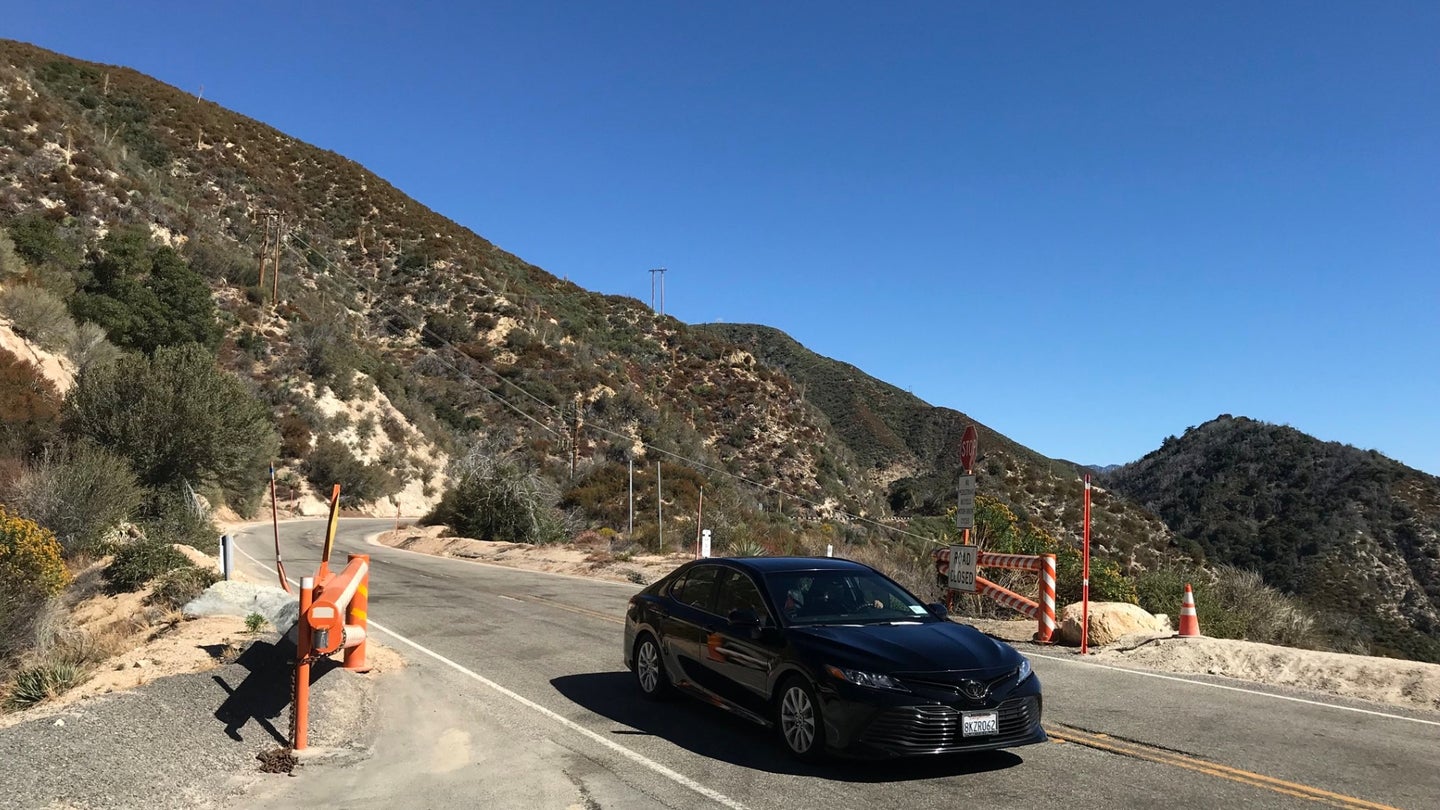 On Feb. 15, the largest landslide to hit California's Angeles Crest Highway in decades caused a stretch of road between Red Box and Upper Big Tujunga Canyon to be shut down. After many months of post-landslide repairs, the roadway—which has been a popular driving destination for car enthusiasts, cyclists, and motorcycle riders—has finally reopened to the public.

Multiple crews of 50 to 60 men worked tirelessly for the past eight months, clearing away rocks and debris, paving damaged highway shoulders, and installing metal fencing. Even though the February slide was the worst California had seen in a very long time, Angeles Crest was originally scheduled to reopen in April but further slope failure caused by additional storms had other plans. The estimated date of completion was then later moved to mid-June. The complications caused by spring precipitation warranted the employ of something called a spider excavator: a digger with arachnid-like legs that allow it to operate on slopes and uneven terrain.

LA's Highway 2 may have now reopened but frequent visitors will likely notice that some bits have changed. According to Patch, the chicane-ish section known as "the steps" has reportedly been altered since the physical roadbed had to be moved.

The California Department of Transportation (Caltrans) also warns of upcoming, intermittent closures as workers finish the retaining wall. According to KTLA, area campsites have stayed open throughout the repair process and will remain open until November. Campfires, however, have been prohibited indefinitely in order to curb wildfire risks.

The historic California 2 Highway will be closed for a month, so Matt Farah may have to find somewhere else to do his One Takes.