This Audi-Certified Technician Did Cocaine In a Customer’s Car

The bigger crime? Blasting Foreigner’s “I Want to Know What Love Is.” 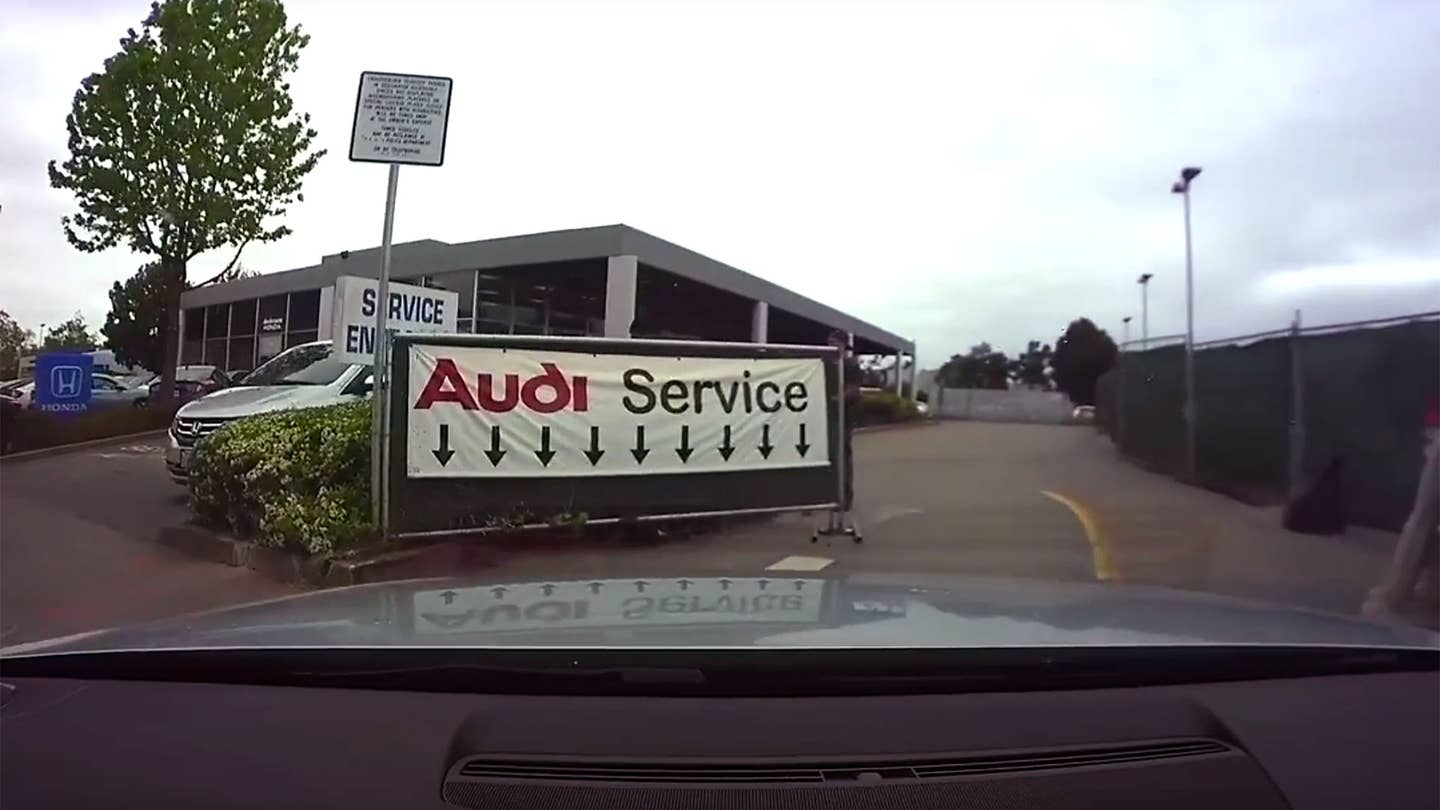 Recently, one soon-to-be-former customer at Audi Palo Alto filmed one soon-to-be-former Audi Service Technician from Audi Palo Alto doing cocaine in his car and then driving recklessly at high speeds on California's secondary roads. Thanks to a reliable HD dashcam (with built in speedometer), the furious owner was able to see in minute detail the way the technician abused his car. We're outraged on his behalf, and yet...has he ever seenFerris Bueller's Day Off?

Things start peacefully enough: the tech pulls the silver Audi out of a bay with music—well, kind of: it's Foreigner—playing at a reasonable level. (We can't get a full I.D., but engine noise and velocity point to a late-model S4.) But as soon as the guy reaches a road, he stomps the accelerator and takes off. His giggle, high and maniacal, hints at what's immediately to follow: the ol' Bolivian marching powder. From the sounds of the in-car camera, the tech is pulling something, with great effort, into his nose. The owner says he found a "white powdery substance" on the console following the service, but we aren't jumping to conclusions—maybe he's more of a Molly guy? Back on the road, the driver accelerates and swerves with new, likely chemically-augmented vigor.

In the video the Audi's owner posted online, a final slate reads: "HOW'S THAT SERVICE? IS THIS THE PREMIUM EXPERIENCE THAT AUDI WANTS US TO HAVE!?!?!" Probably, no, though cocaine and classic rock is certainly some people's idea of "new luxury."