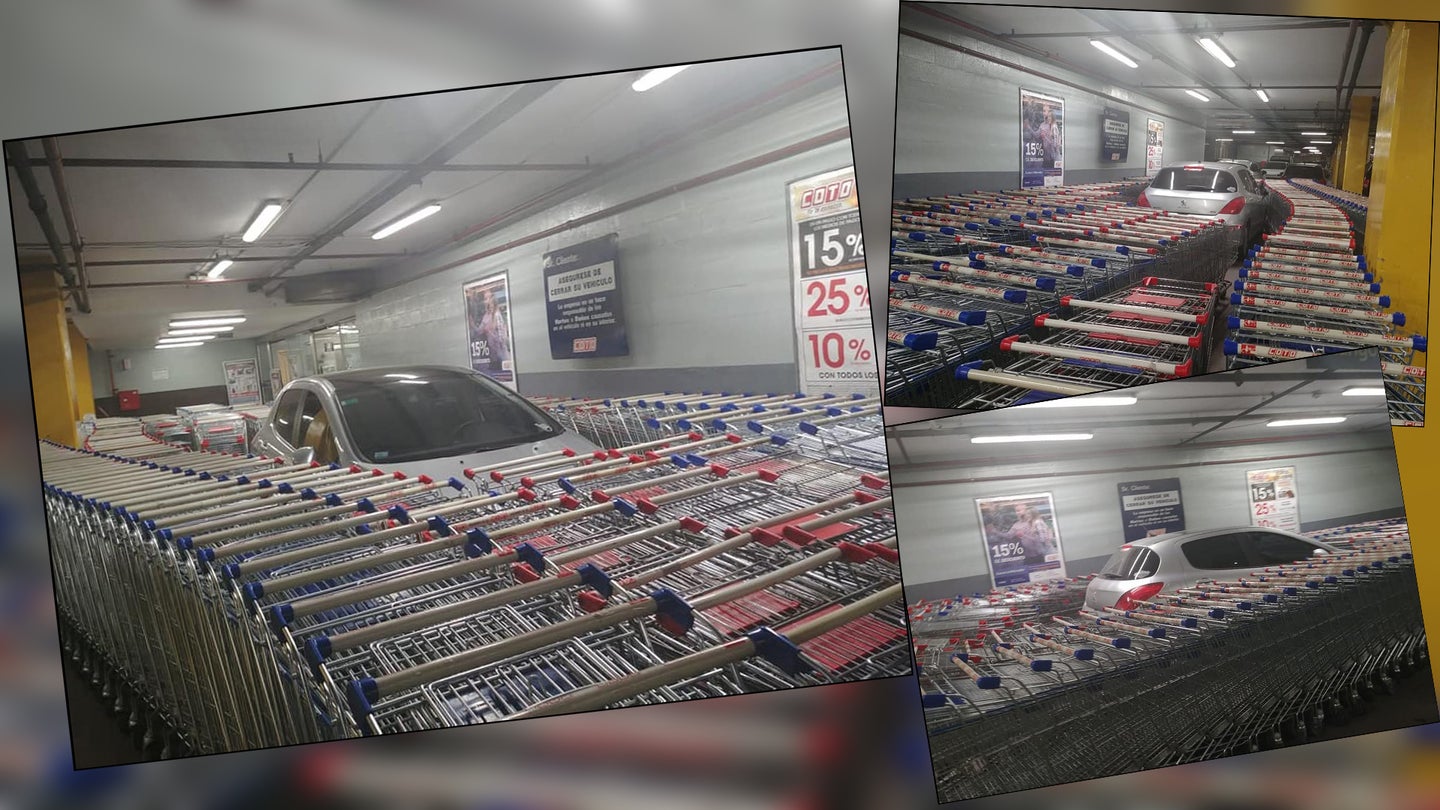 There’s bad parking, and then there’s this. Someone parked their car where they weren’t supposed to in the underground parking garage of a supermarket outside Buenos Aires, Argentina. And although it's unclear if the driver did it on purpose or simply "didn't know any better," the mischevious act really annoyed supermarket employees. And as a result, they fought back by surrounding the Peugeot with rows and rows of shopping carts.

The incident happened at a Coto supermarket in Temperley this past Sunday, and photos of the hilarious act eventually made their way to Facebook courtesy of Arnold Angelini. Angelini claims he was walking to his vehicle when he noticed the silver Peugeot 208 hatchback's roof sticking out from the rows of shopping carts, which is when he realized what the driver had done. Like in most grocery stores in the states, Coto has a dedicated aisle where grocery carts are lined up for incoming customers.

“The truth is someone has to be a moron to have parked in the section for ‘shopping charts,’” Angelini wrote in his Facebook post. “You can’t be such an SOB and leave it anywhere. You can tell that no one respects nothing much less an undue place.”

The post has since gone viral, being shared over 6,700 times as of the time of writing. According to an interview between Angelini and local media, the parking deck was reportedly full, and the driver simply decided to park in the cart area, prompting the employees to take action.

Sure, being surrounded by carts beats a hefty parking ticket or a tow and impound fee, but at least the Peugeot's driver would've remained off social media.