It’s So Hot in Nebraska Right Now, You Can Bake Biscuits In a Parked Car

You can imagine what would happen to a stranded child or pet in this kind of heat. 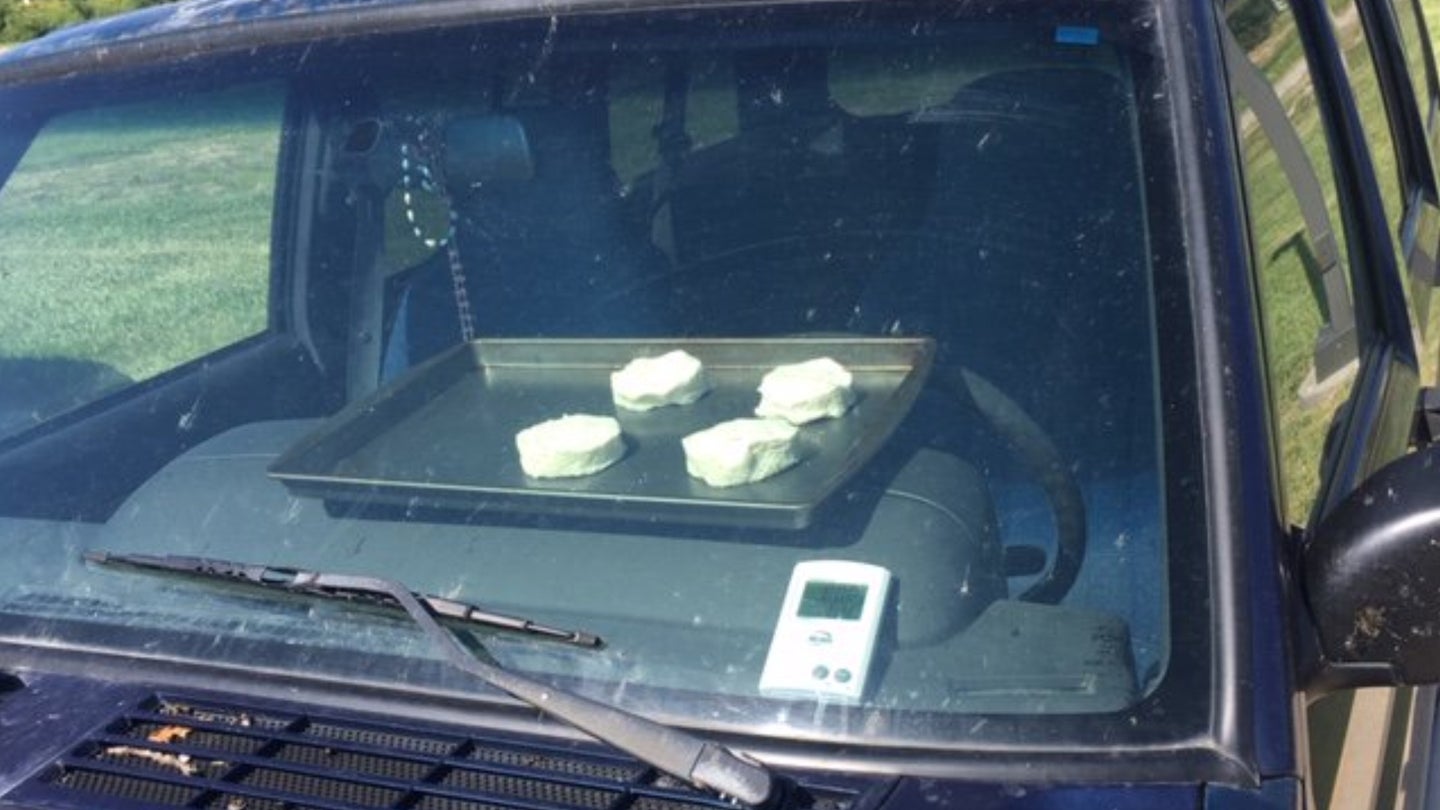 With much of the country suffering under a heat wave, we can't stress enough how dangerous it is to leave children or animals in a car parked in the sun. In the Midwest and Northeast, temperatures are expected to reach a scorching 100 degrees Fahrenheit in the next few days with heat indexes approaching 115 degrees. To show just how fatally hot the inside of a car can get in the summer, the National Weather Service in Omaha, Nebraska decided to see what would happen to a batch of raw biscuits left on the dash of an XJ Jeep Cherokee.

Spoiler alert: we now know what several NWS staffers had as snacks that day.

Forty-five minutes in, the biscuits had started to rise. At the hour-mark, the surface of the pan had reached 175 degrees while the tops of the biscuits measured 153. Even parts of the vehicle that weren't in direct sunlight were positively sweltering with the backseat (like the one a child might be left behind in) measuring 120 degrees.

Around six hours into the exercise, the car had to be turned around to adjust for the sun's position in the sky, biscuits had started to develop an appetizing tan, and the back seat was now a brutal 144 degrees.

After eight hours of baking, the biscuits were a healthy medium rare; well-cooked on the outside and doughy on the inside. Pan temperature apparently hit a peak of 185 degrees.

Despite the demonstrated evidence of how quickly things can get deadly when it comes to cars left out in the heat, an average of 38 children die in hot cars per year, according to the National Safety Council.

Those who don't have any children or pets (or even own a car, for that matter) can do their part by looking out for trapped kids and animals whenever you find yourself in a parking lot. Cribbing a mantra usually attributed to a whole other safety issue, "If you see something, say something."