Who knew racing mountain bikes down a glacier could be a bad idea? 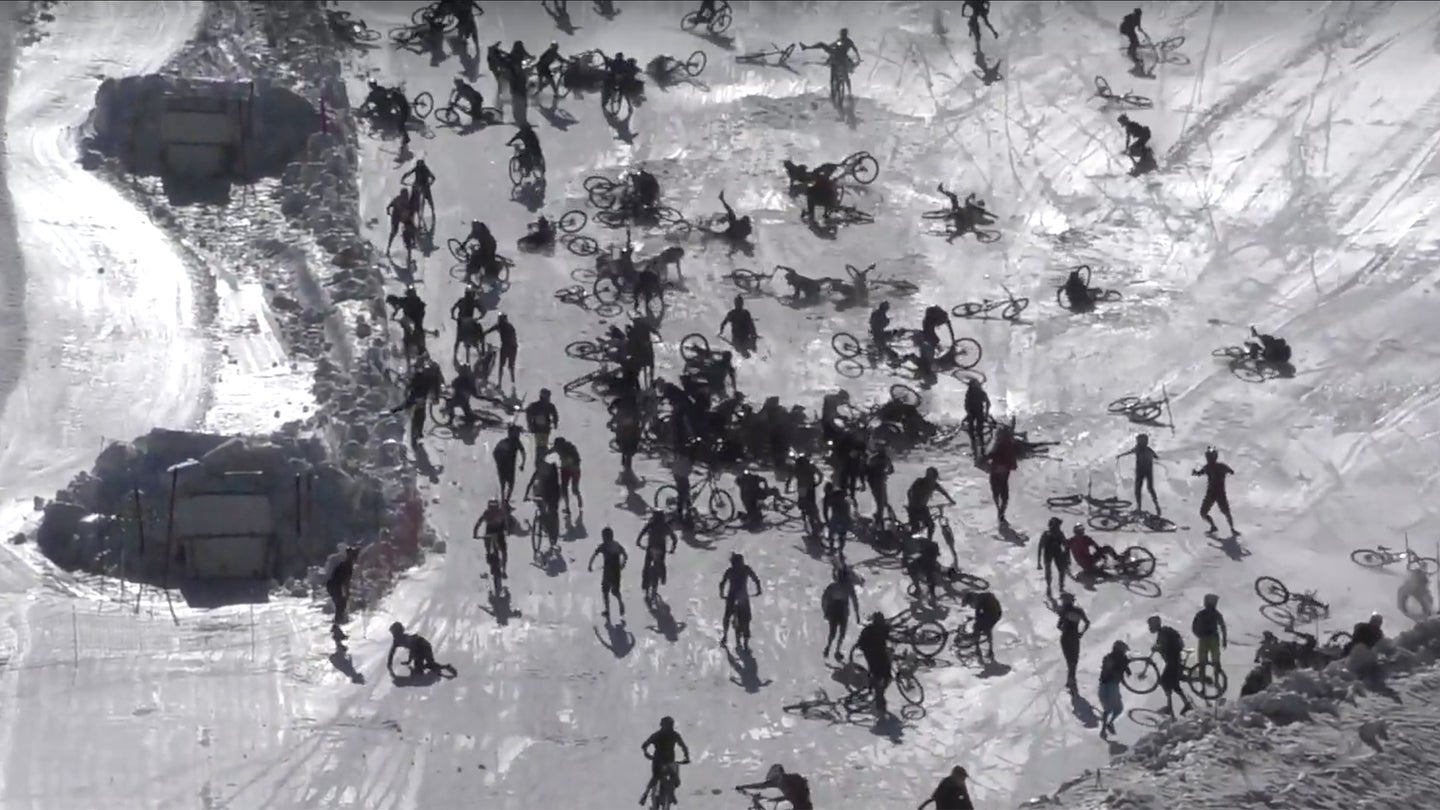 Thrill-seekers gather by the hundreds to barrel down the French Alps' treacherous "Mountain of Hell" race each year, taking off from the top of a glacier on highly kitted mountain bikes and speeding downhill in search of record times. However, during a late-June run at the Les Deux Alpes, riders were lucky if they made it to the bottom at all as a series of early crashes caused a pileup that makes any Tour de France collision look like child's play.

In a viral video that was captured by onlookers and posted to the web, you can see the initial blunder take place near the 40-second mark. After that, it's pure catastrophe as following riders attempt to navigate the steep grade while also having to avoid droves of downed bikes.

While there's no doubt that at least some riders sustained injuries from their tough trip, no official count has been released. Luckily, those who slid off the course and into the snowy banks appeared to be moving and on their feet instead of tumbling down even farther.

The event itself is difficult enough given the rough and often icy terrain that riders face, forcing a display of endurance and tested skill. Given the nature of this race's hurried start in which riders take off from the blocks all at once, some have compared it to a classic Le Mans-style start which, as history shows, brought on its own share of calamity.

After watching this video, you can rest assured knowing that someone, somewhere is always going to be braver—and more senseless—than you. In this case, that seems okay.

The Macau Grand Prix Is Motorsport’s Best-Kept Secret—But Is It Too Dangerous?

After a horrific Formula 3 crash, should the FIA attempt to modify the track, slow down the cars, or both?