The Drive commemorates a favorite balladeer of road trippers everywhere. 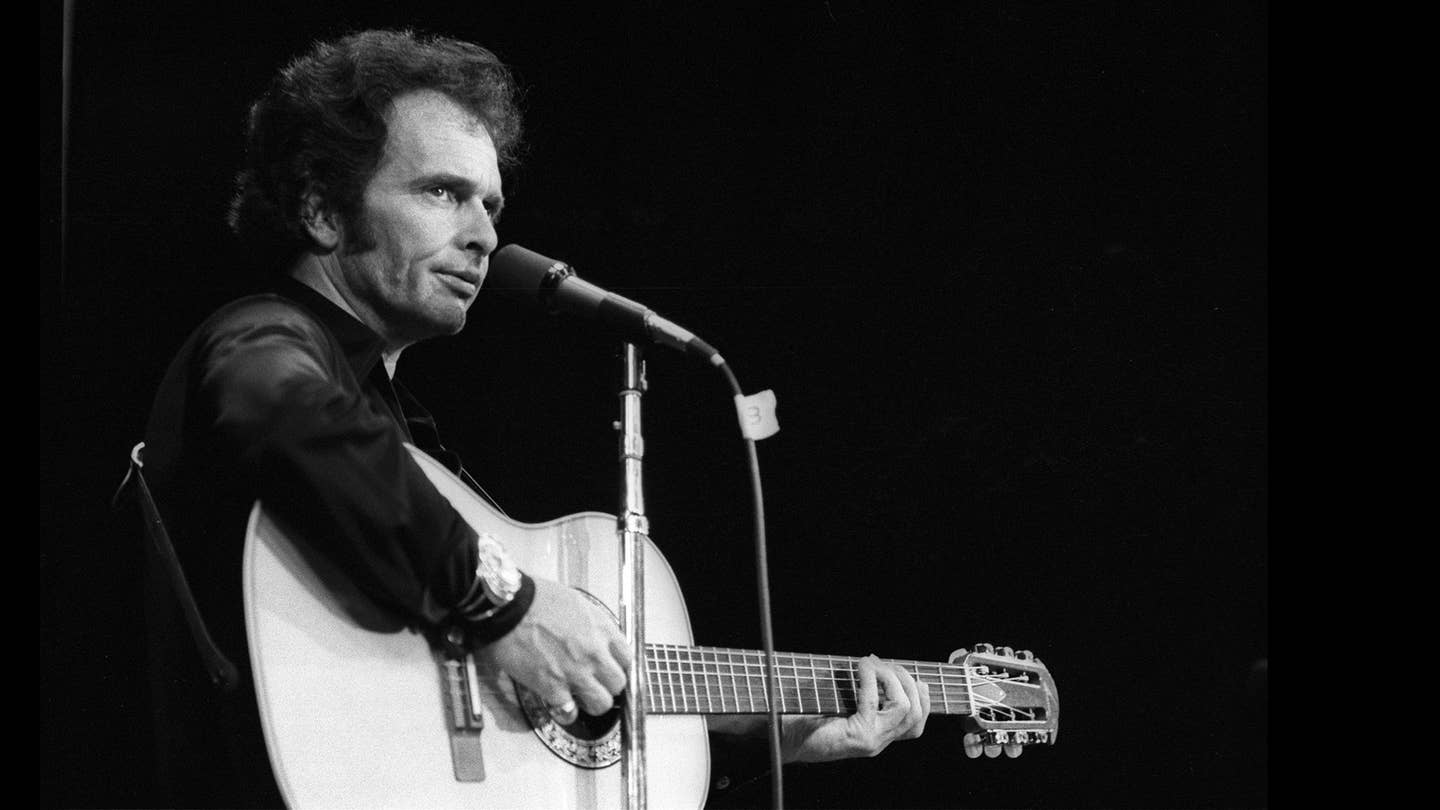 Country music luminary Merle Haggard died today from complications of pneumonia at his Northern California home. It was his 79th birthday.

Haggard, who sang tales of the impoverished, criminally delinquent, and perpetually wandering, was able to understand his subject matter so innately—because he had lived through it. His childhood home was an abandoned railway boxcar Haggard's father purchased in 1935 for $500, a splurge given his meager salary as an employee of the Santa Fe railroad. That converted boxcar boasted a hand-poured concrete bathtub, a grape arbor and a pop-out dining area; the walls were cool in the summer and warm in the winter. For one special Thanksgiving feast, it even played host to 22 friends and family.

Those were the happy days for young Haggard. The storm clouds came rolling in after Haggard's father suffered a brain hemorrhage and suddenly passed away, leaving an eight-year-old Merle to spiral into rebellion. A string of petty crimes quickly escalated to bigger fare. After drunkenly trying to break into a restaurant that was still open, the arresting police found a pilfered check-making machine in his car. The combined evidence was enough to send Haggard to prison for three years. While in San Quentin, Haggard honed and refined his musical tastes and talents. Upon his release, he had perfected the rugged, outlaw image that helped catapult him to stardom.

Haggard sold millions of records and recorded more than 36 chart-topping country hits over his sixty-year career, which lasted well into the 2010s. His patriotic hits included "Okie From Muskogee" and "The Fightin' Side of Me," as well as his iconic "Truck Driver's Blues," an ode to the solitude of the open road, 18-wheels beneath your feet and a load in your trailer.

In 2015, the musical poet happily saw his erstwhile boxcar digs—which had fallen into serious disrepair—restored and relocated to a Bakersfield, CA, museum. And Haggard's memory will live on forever in his hometown of Oildale, CA, thanks to his zealous fans who raised the $41,500 need to change the street signs on a two-mile stretch of asphalt to "Merle Haggard Drive." Should you find yourself driving down that road, we suggest you blast the following: