The driver ignored a myriad of warnings and caused the massive explosion, suffering burns in result of the incident. 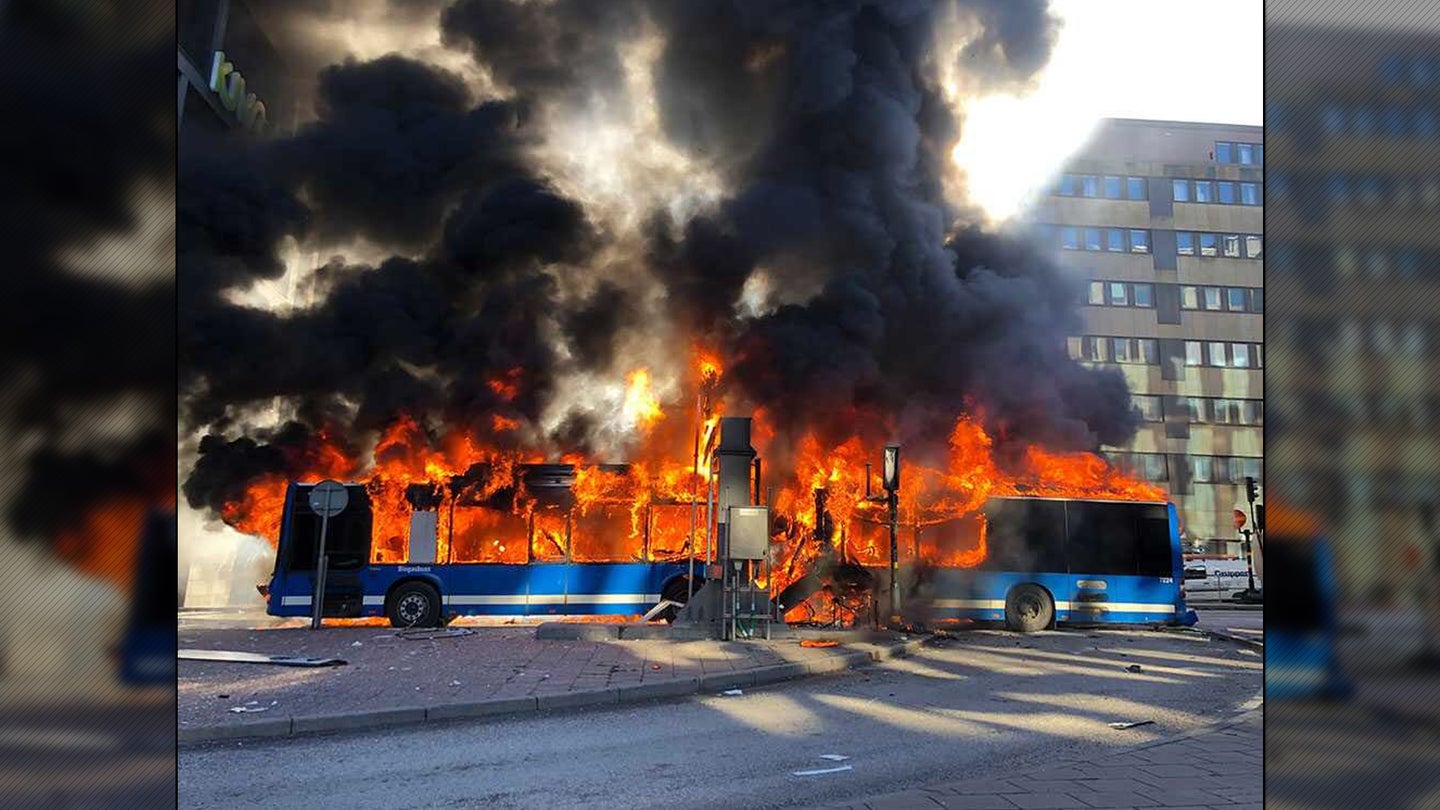 Move over 11-foot-8, there's a new contender in town. A bus powered by compressed natural gas exploded in Stockholm, Sweden after a driver ignored warnings and collided with the ceiling of a low-hanging tunnel.

The accident occurred around 11:25 a.m. local time at the Klara Tunnel in central Stockholm and was caught completely on camera by the car behind the bus.

Fortunately, the bus was out of service when the accident occurred, meaning that no passengers were on board. The driver did sustain severe burns as a result of the explosion.

The sizable gap between the bus and the car directly behind it indicates that the person filming knew exactly what was going to happen. While this particular angle doesn't show it, there are a plethora of warnings placed directly before the tunnel. Bystanders say that the bus driver may have been attempting to take a shortcut, ignoring at least ten warning signs and clearance bars which would indicate that the bus was too high to pass.

You might be wondering what engineer had the bright idea to put the gas tank on the top of a bus. While we don't have an answer for that, we do have a reasonable explanation on why it makes sense, despite this unfortunate outcome.

For starters, the likelihood of an impact on the top of a road-going vehicle is quite low compared to a fender-bender in a busy city. Furthermore, placing the explosives at the top of the bus allows heat and fire to escape immediately upwards, increasing the chances of survival rather than acting like a large industrial furnace for the passengers inside the bus.

We don't think this will be an issue in Sweden again any time soon, but maybe they should consider some kind of safeguard going forward. Perhaps a nice futuristic water curtain.