Particulate levels hit 1,500 micrograms per cubic meter last week—WHO’s standard threshold is 25…but cars aren’t to blame for the pollution. 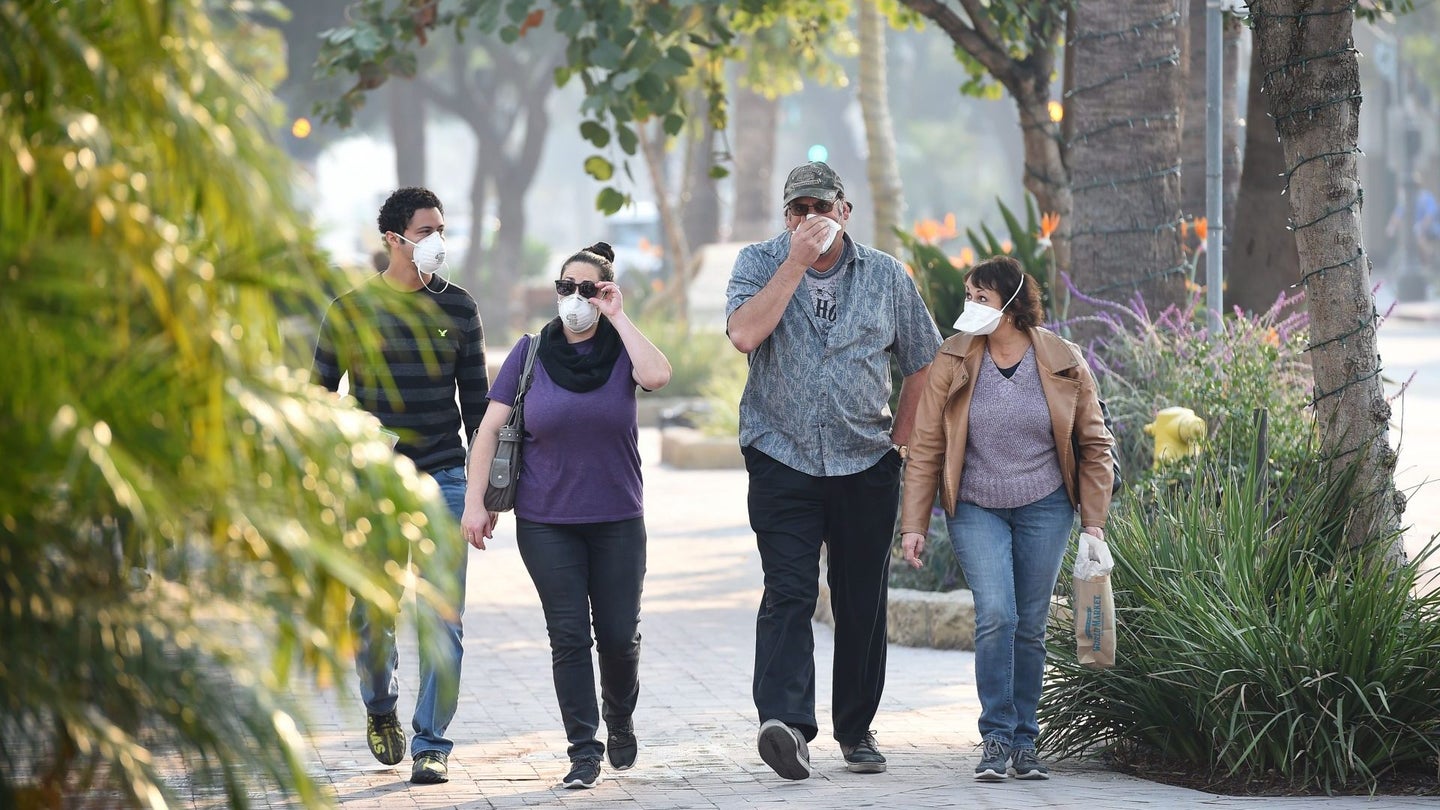 Large cities like New York and Los Angeles are oftentimes looked at as "dirty" due to vehicle pollution, but this week it's a whole different (and terrible) reason why contaminated air is circling California.

As wildfires in California continue to rage, air quality in the surrounding areas have been accordingly abysmal. From a Bloomberg report, particulate levels hit 1,500 micrograms per cubic meter last week—60 times the World Health Organization's standard threshold of 25. It has since come down but readings taken Monday still reportedly exceeded the normal benchmark.

Speaking to Bloomberg, National Center for Atmospheric Research project scientist Rebecca Buchholz said, "It is just insane. It is quite amazing how high these fine-particulate levels are."

As of Monday morning, Butte County's Camp Fire has killed 77 people, burned up 150,000 acres, and is 65 percent contained. Full containment is projected for Nov. 30. Currently, 993 people are missing. Further south, Woolsey Fire has so far claimed three lives, 96,949 acres, is 91 percent contained, and is expected to be fully contained by the end of the week.

Fire-caused, airborne particulates can negatively affect the eyes, lungs, and nose, making breathing difficult especially for the elderly, children, and those with existing respiratory conditions. Many Californians have donned face masks to combat the dirty air.

While heavy rain is forecast for this Wednesday, Nov. 21, the pollution is expected to linger after the fires have been extinguished. The rain may also increase the risk of mudslides.