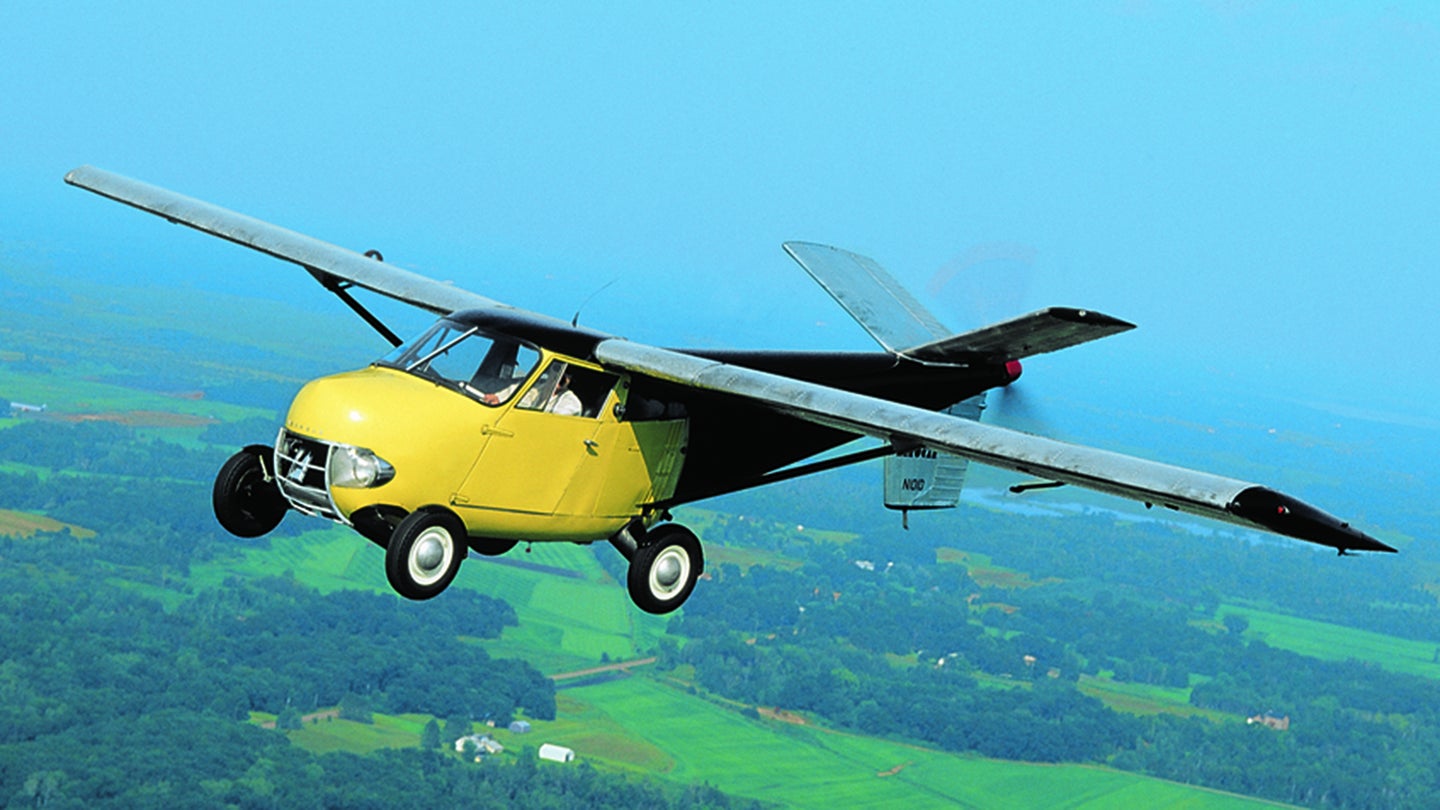 A 1954 Taylor Aerocar will be heading to auction in January 2020 when Barrett-Jackson kicks off expensive-car-buying season at its annual bash in Scottsdale, Arizona, and it's notable as the only FAA-certified and road-legal flying car that you can actually drive and fly in America. Forget those newfangled VTOL concepts that are essentially giant quadcopters—the Taylor Aerocar does it right by taking to the skies as a prop-driven, fixed-wing plane. You just have to put it together first.

Should you go through with the purchase, two things are important to note about the Taylor Aerocar: First, it's from 1954 and appears to be every bit the vintage machine, so actually taking it flying is an exercise in calculated risk management. Second, the Aerocar tows its own wings, tail assembly, and two-blade propeller folded up behind it when earthbound, so taking off isn't quite as simple as going wide-open on the throttle, even if the whole kit and caboodle only weighs 1,500 pounds dry.

The good news is that the seller says it takes less than 30 minutes (we'd like to see that) to put everything together from the included eight-foot trailer. It's also got nearly 150 horsepower coming from that Lycoming O-320 aircraft flat-four, which should provide plenty of oomph in such a small, lightweight vehicle. When the car is on the road, power is sent to the front wheels through a three-speed manual gearbox, but when it’s in the air, the engine powers a Hartzell two-blade propeller. The tiny car seats two and has a 300-mile range, a max ground speed of 60 mph, and a top airspeed of 117 mph.

The funky machines were the brainchild of a Washington man and aeronautical engineer named Moulton Taylor, who built six prototypes of his grand idea between the late 1940's and early 1960's, never attracting enough interest to sell the idea to a larger manufacturer or the general public. Only six of the funky machines built, and just three remain in flying shape. The current owner maintained this 1954 Aerocar in flying condition at the Golden Wings Flying Museum in Minneapolis. We don’t have word on the expected auction sale price, but it's been listed for private sale before with a price tag of $1.25 million.

It's sure to be an interesting auction and we can't wait to see how much this weird little flying car goes for.