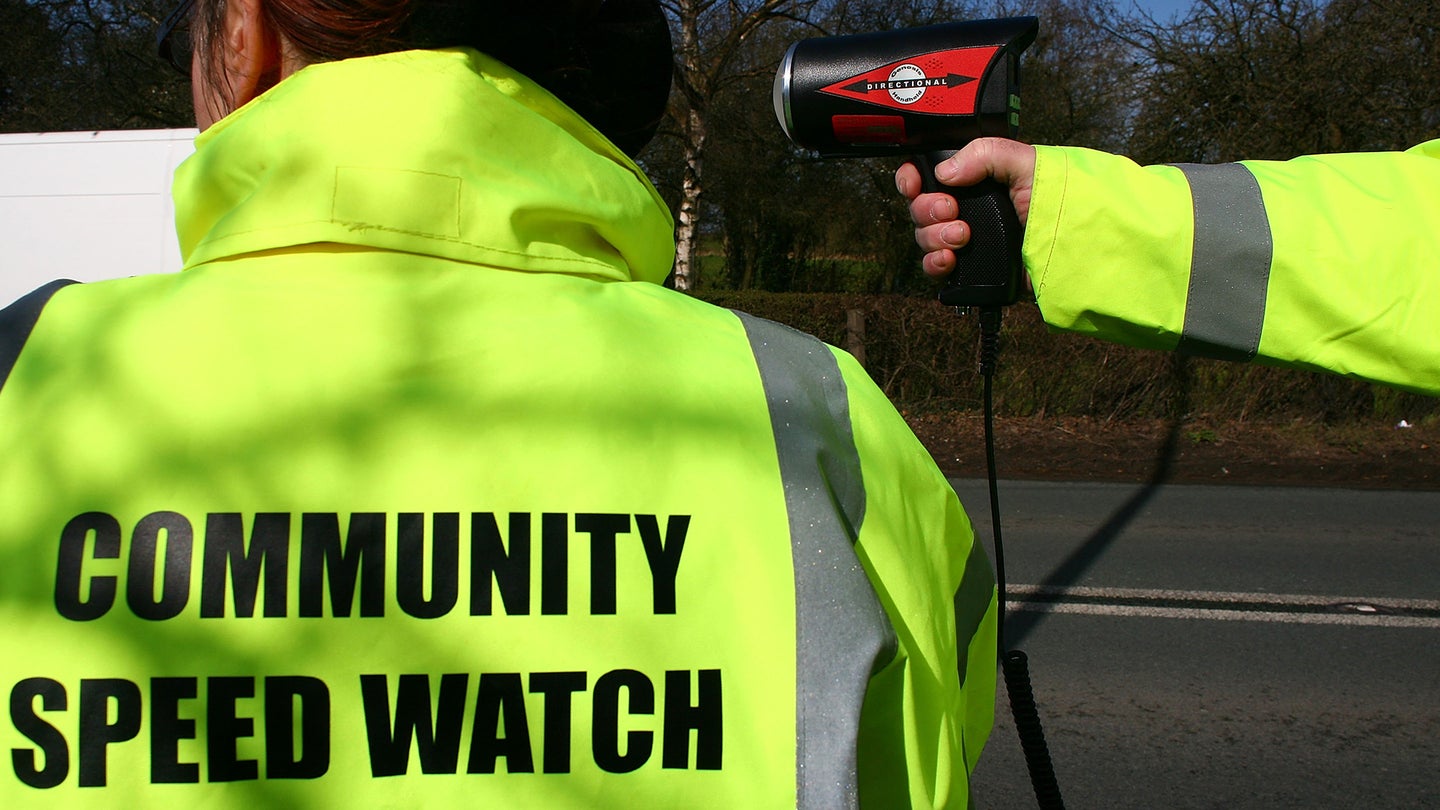 Police in Scotland seeks to roll out a new program to arm citizens with their very own radar guns, enabling volunteers to monitor the speeds of drivers in their neighborhoods and report offenders to local police.

According to the Edinburgh Evening News, under the purview of this initiative, groups will have the opportunity to purchase their very own speed-measuring equipment and receive training on how to use the tools by the local authorities. It is the hopes of the police's Chief Inspector, Alan Carson, that the program will help to cut down on speeding in the name of safety without taking away the resources of the police.

“Community Speedwatch empowers local people to play a part in making the roads safer," said Carson. "Groups can purchase equipment and we will provide training on how and where to operate it safely. The groups are then able to carry out their own checks and report up to police any vehicles driving through over the speed limit. We will write to the registered keepers advising them of their speed and reminding them to obey the speed limits in built-up areas.”

The idea came about after a program called "Pop Up Bob" was brewed up to deter speeders. The measure called for a series of cardboard cutout police offers to be placed on streets to discourage individuals from speeding, presumably by tricking drivers into thinking that the officers were real. Ultimately, was regarded by some as ineffective and a new solution called "Community Speedwatch" was brought to the table.

While some members of the labor council are on board with the idea, others see the program as a joke. One council member, Scott Douglass, calls the idea just as ludicrous as the cardboard cutouts and complains that the council is being "increasingly presented with ways of enforcing speed limits but without police officers being present.”

Regardless of views, similar implementations of vigilante volunteers have proved to be effective elsewhere, including in the U.K. where the program has over 3,000 participants. The volunteers can't really enforce the speed by giving you a ticket in Scotland's proposed program, just provide the details to police who will send a warning to the drivers about their reported speeds. If nothing else, maybe the program will stimulate a sudden influx of radar detector purchases in Scotland.

The stop was initiated after bystanders allegedly reported to police that a passenger had been involved in a robbery.