There's nothing cooler than a Chevy small block made out of small bricks. 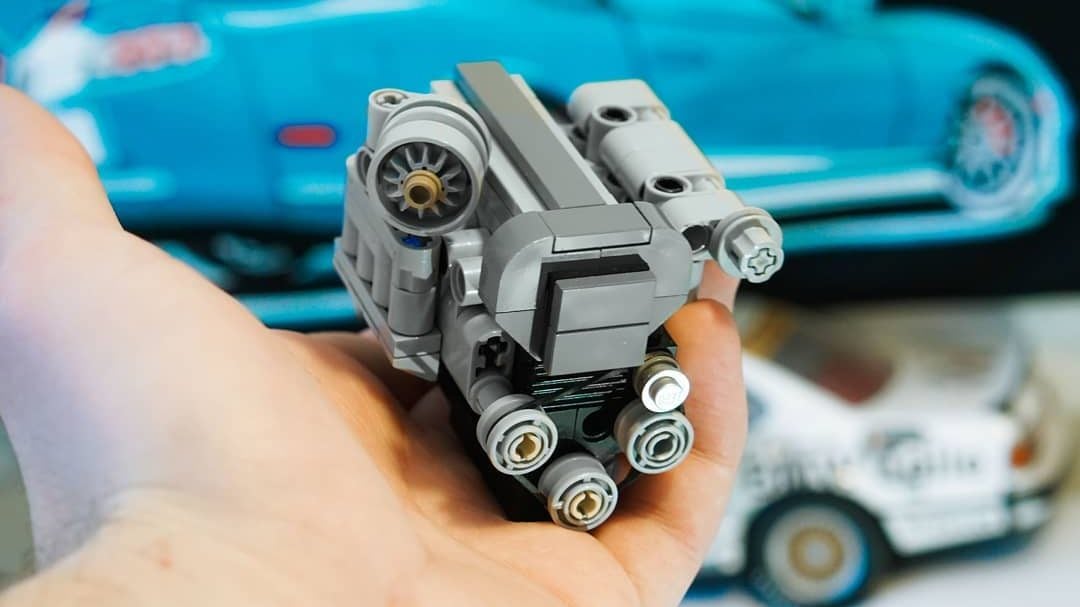 Working on cars and the assembly of a Lego set both have a similar tactile gratification. Whether it’s driving your fixed-up beater or replicating the Eiffel Tower out of bricks, the project’s completion can be equally satisfying. Odds are pretty good that if you like cars, you also have a soft spot for Lego, and that soft spot is going to be manipulated by a series of scale replicas of engine models built by Instagram user Replica Motorsport.

Replica Motorsport recreates some of the automotive world's most beloved engines, such as the Chevrolet LS seen above. Their portfolio also includes models of Porsche's air-cooled flat six engines, the 3.0-liter 2JZ-GTE twin-turbo inline six from the Toyota Supra, and a Honda K-series inline four complete with moving pistons.

The popularity of Replica Motorsport's creations prompted them to order enough spare parts to sell kits, so that others may replicate the engines they’ve designed. They’ve exhausted their supply of moving Honda K-series engines like the one above and their smaller, stationary Honda B-series engine, though they still has two of their Toyota 2JZ models left for sale on their Etsy store. Seeing as they're $35 per piece for a model the length of your thumb, however, it may be for only the most Supra-obsessed of Lego fans.

Those that wish for a more involving build can plop down money for any of Lego's existing lineup of car model sets, or even wait for the Goldfinger Aston Martin DB5 coming in August. There are larger desk decorations available as well, such as the 3,599-piece Bugatti Chiron, though at $350, it costs an order of magnitude more than the 2JZ kit.

The truly dedicated can also just build a full-scale replica of a Toyota Camry, which according to napkin math, would cost around $50,000 were it sold as a kit at retail. Given that it took 900 hours (almost 38 days) to construct, we would rather spend that time building a car we can actually drive.