However, don't count on a miniature Q1 anytime soon. 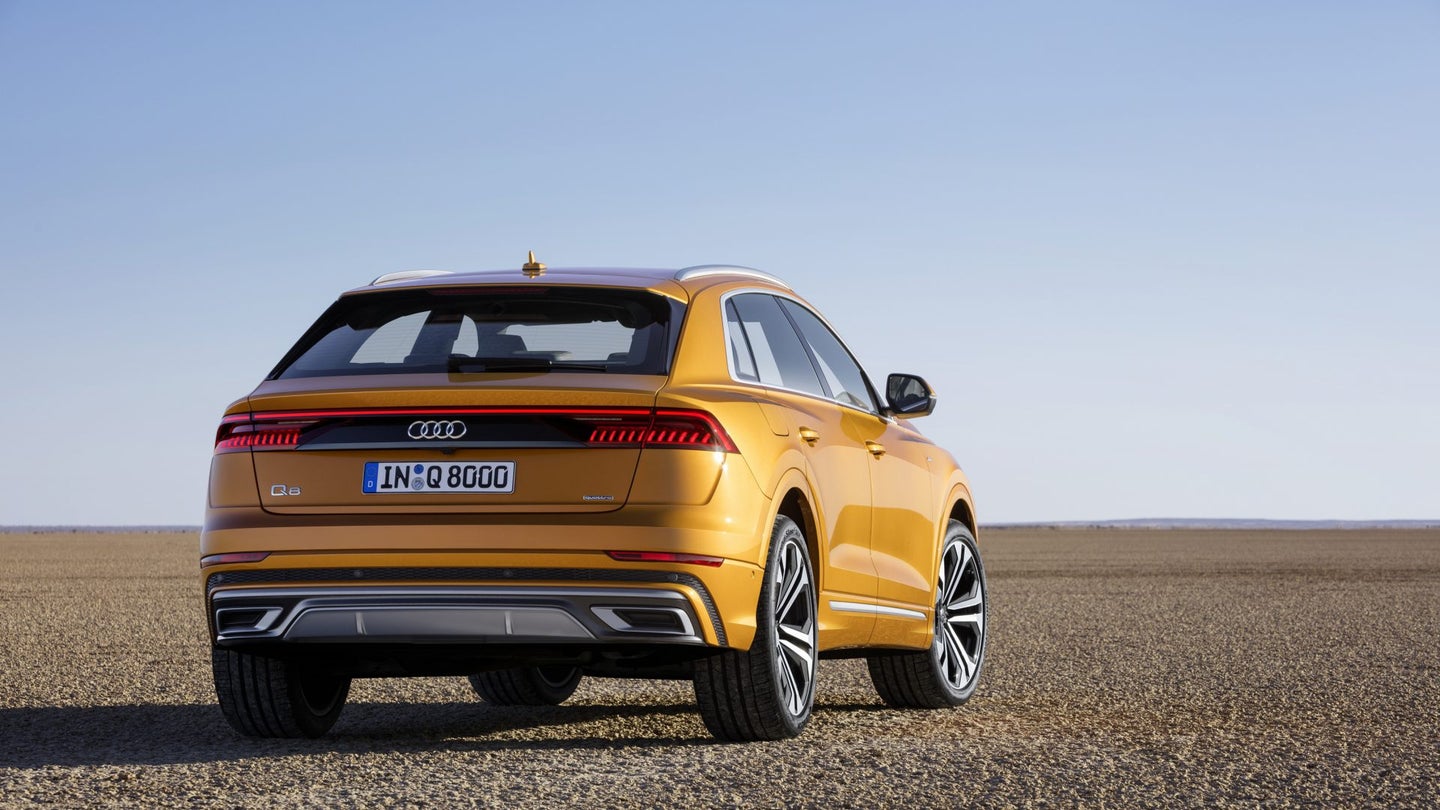 After Audi took the wraps off of its new, flagship Q8 crossover earlier this month, an Autocar report now says the German automaker may be preparing to build an even bigger, more expensive SUV called the Q9. While the Q8 directly competes with sporty-ish crossovers like the BMW X6, Porsche Cayenne, and Range Rover Sport, a Q9 would apparently be positioned half a tax bracket above those vehicles, taking aim at the full-bodied, non-Sport Range Rover.

At the Q8's launch, the British publication talked to Audi's then-CEO Rupert Stadler about the possibility of a future Q9. "The customers will tell us what they want in the future. Time will tell," Stadler said. The former Audi boss has since been arrested and suspended from Audi's supervisory board due to his alleged involvement in Dieselgate.

When Autocar probed the company's Head of Design, Marc Lichte, he replied, "We have so many ideas, so many ideas..." The report goes on to say that a Q9 would bring a tech-focused competitor to the Range Rover's luxury-and-status rich segment.

While a new Audi crossover sitting atop of the range looks to be in the cards, don't count on any new products to fall on the other end of the size spectrum. When asked about plans for a "Q1" to slot under the Mini Countryman-rivalling Q2, Stadler politely ruled it out citing profitability concerns. "I think we are well equipped with Q2 because this is already a premium product at the right price point," Stadler told Autocar. "The A1 is our car for very young people. Possibilities below that get tighter."

We've reached out to Audi for further comment and will update this story if we get a response.