If this is what it takes to make the next GT3 exponentially more awesome, then so be it. 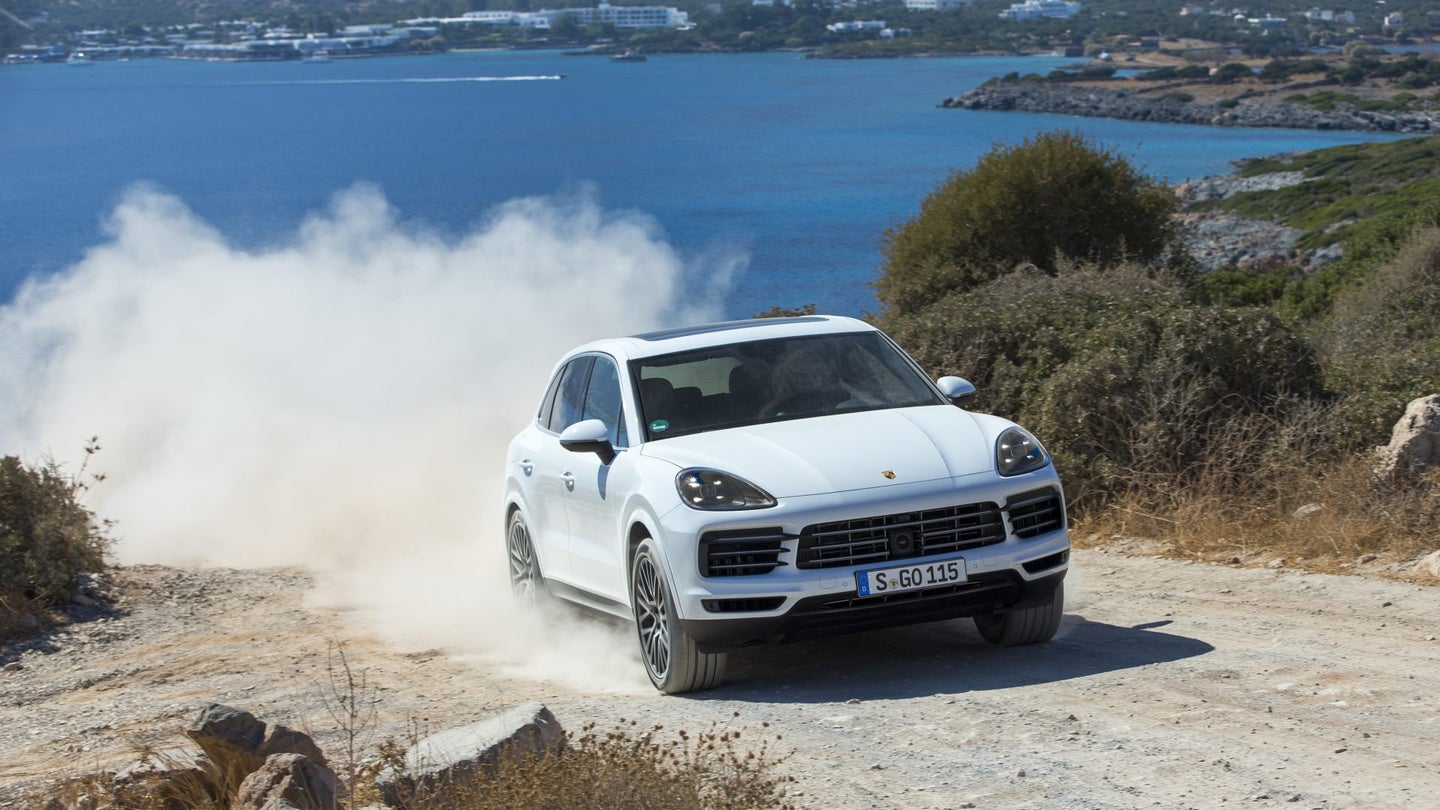 Back in September, we reported on the news that Porsche was considering a "coupe" version of the Cayenne to compete with the BMW X6 and its slopey-roofed contemporaries, with one of our editors even confirming the existence of a couped-out Cayenne design concept inside the automaker's secret museum. Now, it looks like a sportier Cayenne will actually be happening.

According to a report from Autocar, Porsche CEO Oliver Blume has greenlit a Cayenne coupe for production. Due out in the fourth quarter of 2019, the new SUV will do battle with the previously mentioned X6, Mercedes-Benz's GLE Coupe, and the recently revealed Audi Q8.

The more angular Porsche crossover will reportedly be based on and built alongside the regular Cayenne in Leipzig, Germany. Expect the new car's front end to look very similar to the existing Cayenne's. Around the back, however, anticipate a new, sportier looking tailgate, window, and tail lamp designs reminiscent of the latest Panamera.

Similar to the regular Cayenne, the British publication projects the coupe version to get a twin-turbo, 2.9-liter V6 in various states of tune for its base and S models while the Turbo model gets a 550-horsepower, twin-turbo, 4.0-liter V8.

To the purists in the crowd: Porsche is, first and foremost, a business and this sort of thing is what people want. If this is what it takes to make the next GT3 exponentially more awesome, then so be it, I say.

We've reached out to the company for further comment and will update this story if we hear back. The 2019 Porsche Cayenne starts at $65,700.

UPDATE: In an email to The Drive, a Porsche spokesperson replied, "We do not comment on future product speculation."