According to the report, a design has already been penned. 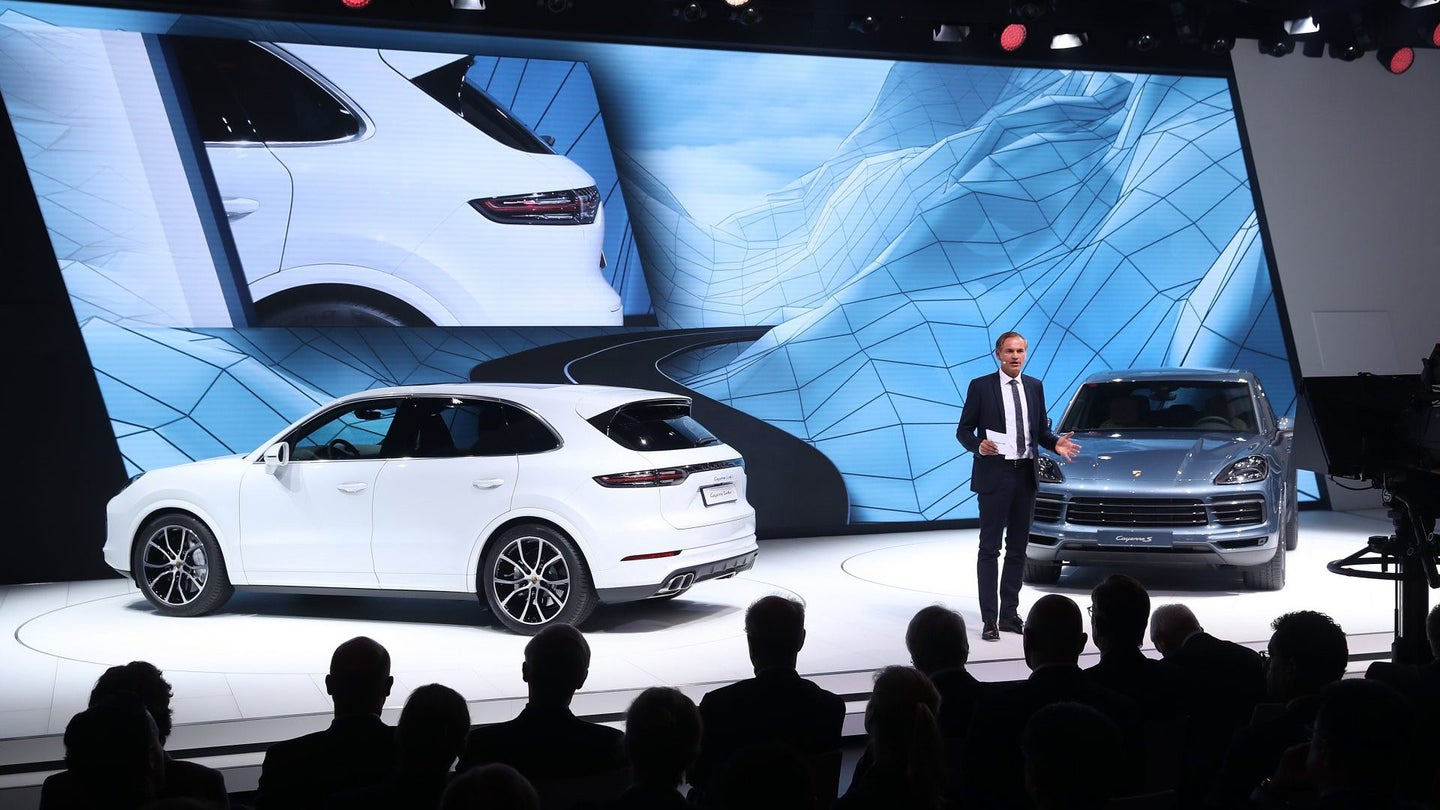 Not one to let its domestic rivals at BMW and Mercedes have all the fun, Porsche is apparently mulling over grabbing a slice of the hunchbacked-SUV pie with its own "coupe" crossover offering. Speaking to Autocar at the new 2019 Porsche Cayenne's recent Frankfurt unveil, company CEO Oliver Blume said that the carmaker is indeed "thinking about" a Cayenne Coupe that would directly compete with the BMW X6 and Mercedes-Benz GLE Coupe...but added that no concrete decisions have been made.

"We analyse different segments and this can be an option in the future. Today, no decision has been taken. We have to make a calculation and talk to our customers," said Blume.

Apparently, a slopier-beltlined Cayenne design already exists somewhere in the garden walls of the company, with Porsche Chief Designer Michael Mauer confirming its existence as an internal design project. [The Drive can testify to having seen something like this during a tour of Porsche's secret museum warehouse. —Ed.] Whether or not it'll make it to production, however, will ultimately depend on whether there exists a good business case for it.

"As a design department, we’re always asked to come up with proposals," said Mauer, reiterating his CEO's position. "For each and every model, we have a lot of ideas. But there has to be a business plan. Yes, we’ve developed a lot of ideas."

The performance-tuned SUV Coupe mix gets more power, because what else would AMG give it?