The journalists were reporting on damage from subtropical storm Alberto in North Carolina. 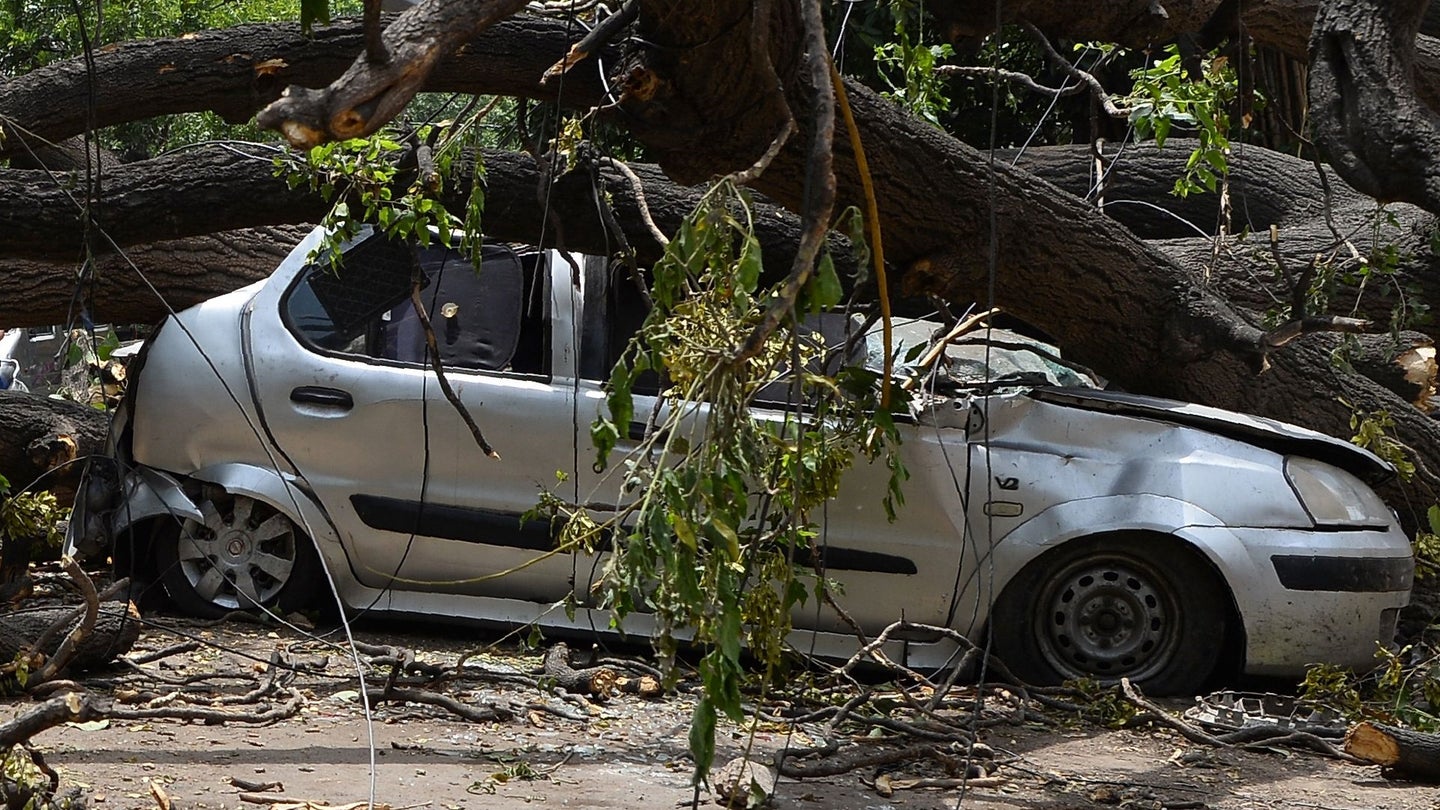 WYFF anchor Mike McCormick and photojournalist Aaron Smeltzer were killed Monday afternoon when a tree fell on the car they were traveling in, reports ABC News.

McCormick and Smeltzer were out in subtropical storm Alberto, reporting on the storm and damage around Polk County, North Carolina. They were traveling along Highway 176 when strong winds and soft ground uprooted a tree, which is estimated to have fallen 30 feet before crashing on top of their car as they passed under it. They had just completed an interview with Tryon Fire Chief Geoff Tennant, who was called to the accident just 10 minutes later.

Subtropical storm Alberto is the first named storm of the 2018 Atlantic hurricane season, according to The Weather Channel. It formed in the Gulf of Mexico, made landfall Monday near Laguna Beach, Florida, and tracked north all the way through Michigan to Lake Huron.

Although North Carolina was not in Alberto's direct path, the storm brought two to four inches of rain to the Carolinas in a short period of time, triggering landslides. The saturated ground also caused the tree that killed the two journalists to fall.

Additionally, CNN reports that a Toyota Prius was swept away in a flash flood on Wednesday. Two occupants were seen exiting the car, but could not escape the waters overflowing Ivy Creek before being swept away themselves. One of them was later found dead, and the other is still missing. Two other people were found dead in a Boone, North Carolina home after a landslide had destroyed it.