Not to be confused with the Nissan Lafesta, an Asian market-only van. 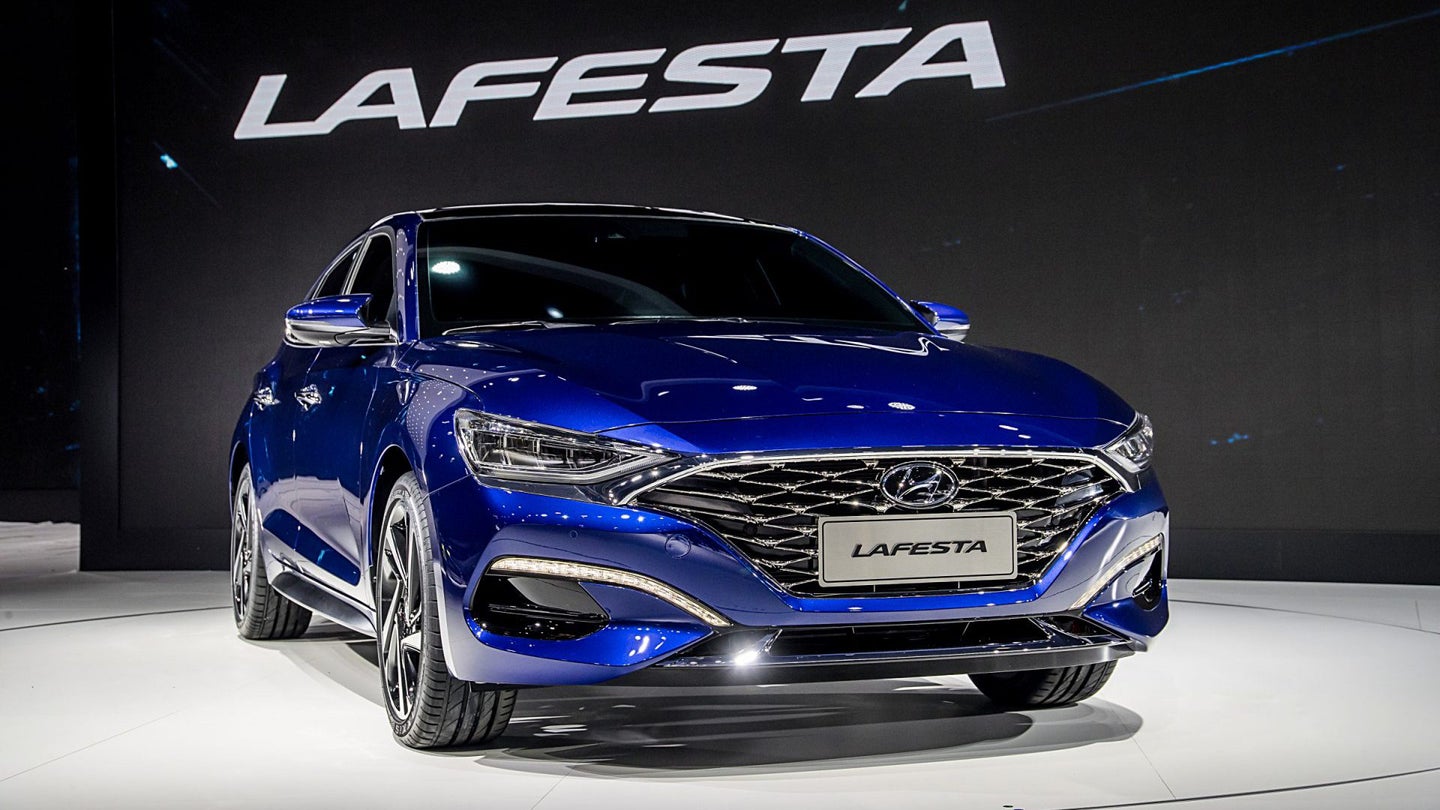 Demonstrating a commitment to the increasingly important market that is China, Hyundai has unveiled a brand new sedan at the Beijing Motor Show dubbed the Lafesta. Yes, it's a Korean car made for China with an Italian name. Go figure.

Fun fact: the Nissan Lafesta, an Asian market-only van, is also a thing that existed. It was discontinued a month ago.

Specifically aimed at the Chinese millennial, the Hyundai Lafesta shows off the brand's "Sensuous Sportiness" design language. Like many stylish, modern sedans, it rocks a coupe-like profile and face that seems to take inspiration from a catfish. Personally, I think it looks a bit like a squished Ford Fusion which isn't an unattractive car.

According to Hyundai China Director and Head of Design Simon Loasby, "China is evolving quickly and so are Chinese people's attitudes. They are more self-confident, positive and creative. The Lafesta will help us reflect this shifting trend." Head of Hyundai Styling SangYup Lee says, "The new theme for Hyundai design reflects our goal to build a beloved brand by creating vehicles with heightened emotional value."

The car will be powered by a 1.6-liter turbo engine mated to a seven-speed dual-clutch transmission. The company hasn't revealed any further technical details or whether or not the Lafesta will make it to the U.S. (or any other markets outside of China). In an email to The Drive, a Hyundai spokesperson refused to reveal any further information.

Pricing has also yet to be announced.

Hyundai’s best-selling midsize sedan gets a makeover and new features.