It has the same wheelbase as a Defender 110 with over a foot added to the back of the body.

Land Rover is now offering an even longer version of its Defender with an extended body that can seat eight passengers. It's called the Defender 130 because the Defender 90 and 110 already exist, and it's pretty much what you'd expect. However, it doesn't have a V8 engine option—at least for right now—which is rather...unexpected.

The wheelbase of the Defender 130 is unchanged from the Defender 110, but the body is extended 13.83 inches at the back. This gives enough interior space for a three-passenger bench seat in the third row. The existing Defender 110 has an optional two-seat third row, but the 130 provides a seat for one more back there while also giving third-row passengers more legroom. They should be able to get in and out of the Defender 130 pretty easily, too, as the side second-row seats slide and fold forward; the third row also sits a bit higher than the second row, stadium-style.

Of course, that extra length adds more cargo space, too. With all three rows of seats in place, the main trunk has 13.7 cubic feet of space, which increases to 43.5 cubic feet with the third row folded down, and a whopping 80.9 cubic feet with both the second and third rows folded.

Making the Defender longer while keeping the 110's wheelbase definitely messed with its proportions a bit but that's the price you pay for practicality. There's an off-roading price to pay as well. While its approach and breakover angles remain the same, as the front end and ride height are unchanged, the Defender 130's rear departure angle is 28.5 degrees, which is 11.5 degrees worse than the shorter Defender 110.

A few new options come with the Defender 130 as well. For instance, it gets a 10.25-inch Pivi Pro touchscreen infotainment system as standard, but if you bump up to the "X" specification, you get an 11.4-inch screen. It also gets exclusive new Sedona Red paint and an Extended Bright Pack, which adds Ceres Silver Satin trim around the exterior and Noble Chrome on the front and rear skid plates.

Ceres Silver and Noble Chrome make their way inside the Defender 130, too, as well as new Natural Light Oak interior trim. A Vintage Tan leather option is available on all Defender trims, while a Robustec fabric with Duo-Tone finish is available on X-Dynamics models.

Two powertrain options are available, and they're both 3.0-liter turbocharged straight-six engines with mild hybrid tech. In the Land Rover Defender 130 P300, the straight-six makes 296 horsepower and 347 pound-feet of torque. If you jump up to the P400 model, you get 395 horsepower and 406 pound-feet of torque. According to Land Rover, the Defender 130 P300 gets to 60 miles perhour in 7.5 seconds while the P400 model takes 6.3 seconds.

The Land Rover Defender 130 starts at $69,350 in the U.S., which is up from the $51,850 starting price of the Defender 110. But the 130 only gets the big inline-six engine and is better equipped as standard, while also getting that extra rear passenger and cargo room. Hopefully, that's enough to deal with the looks. 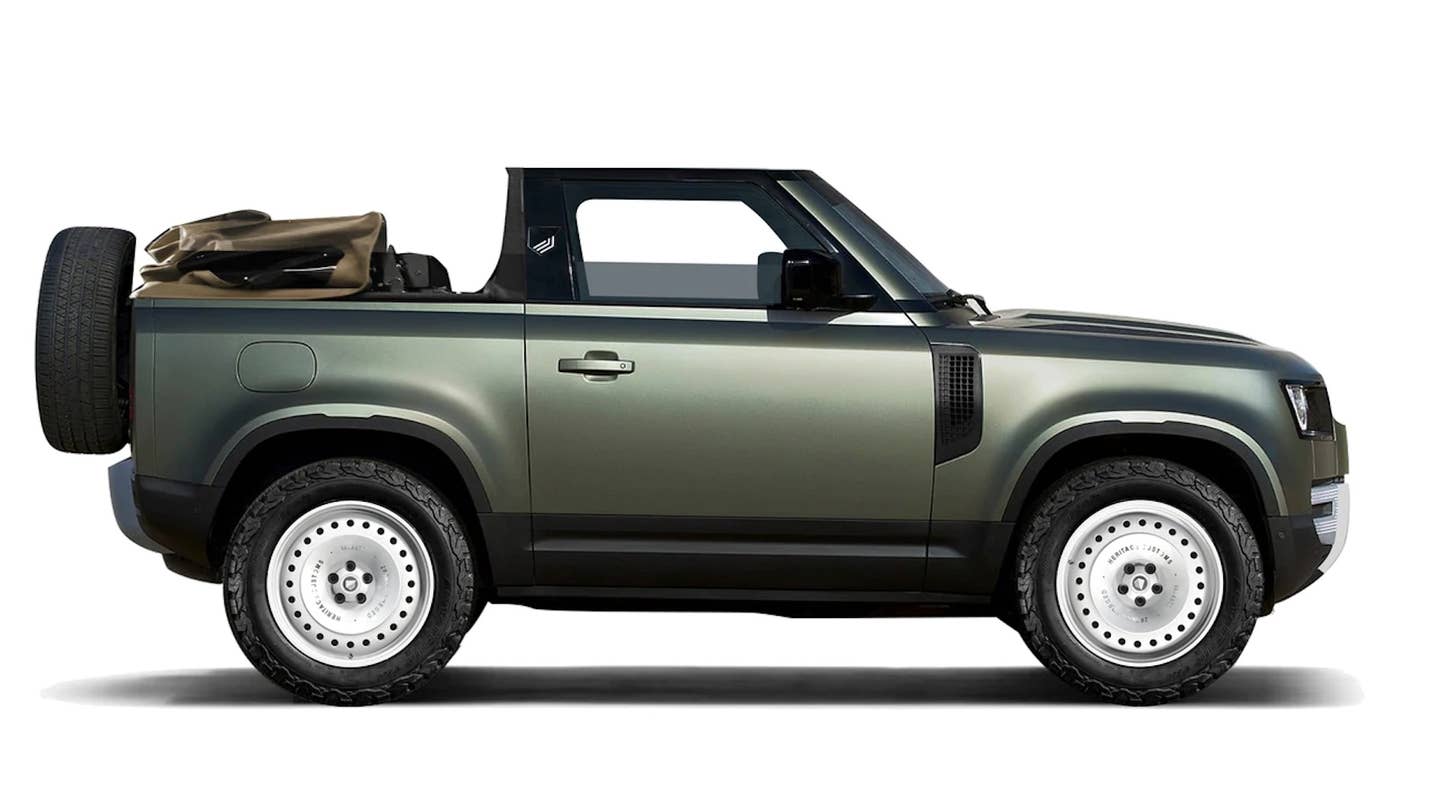 The New Land Rover Defender Needs a Soft Top, So This Shop’s Giving It One

In case a Jeep Wrangler is just too uncouth. 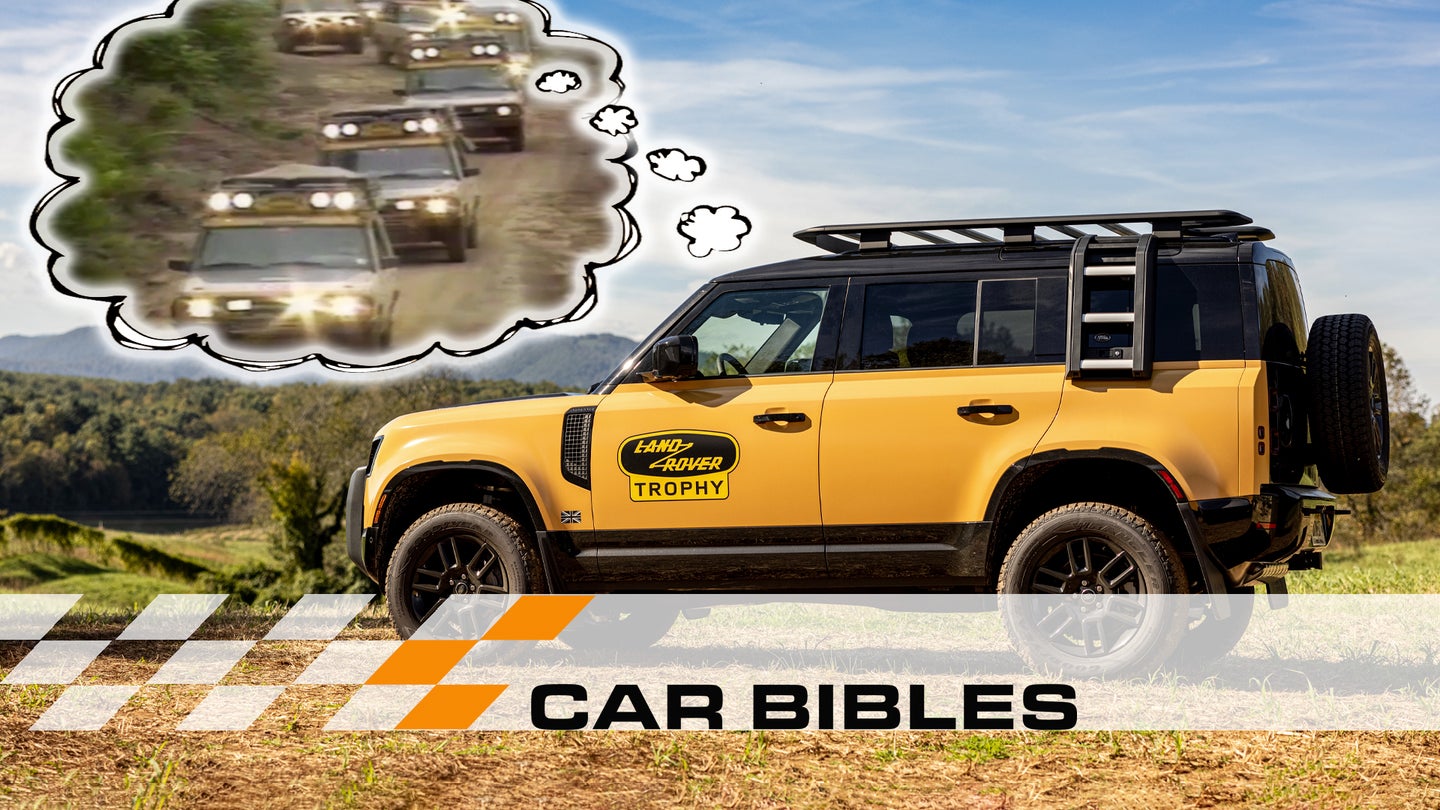 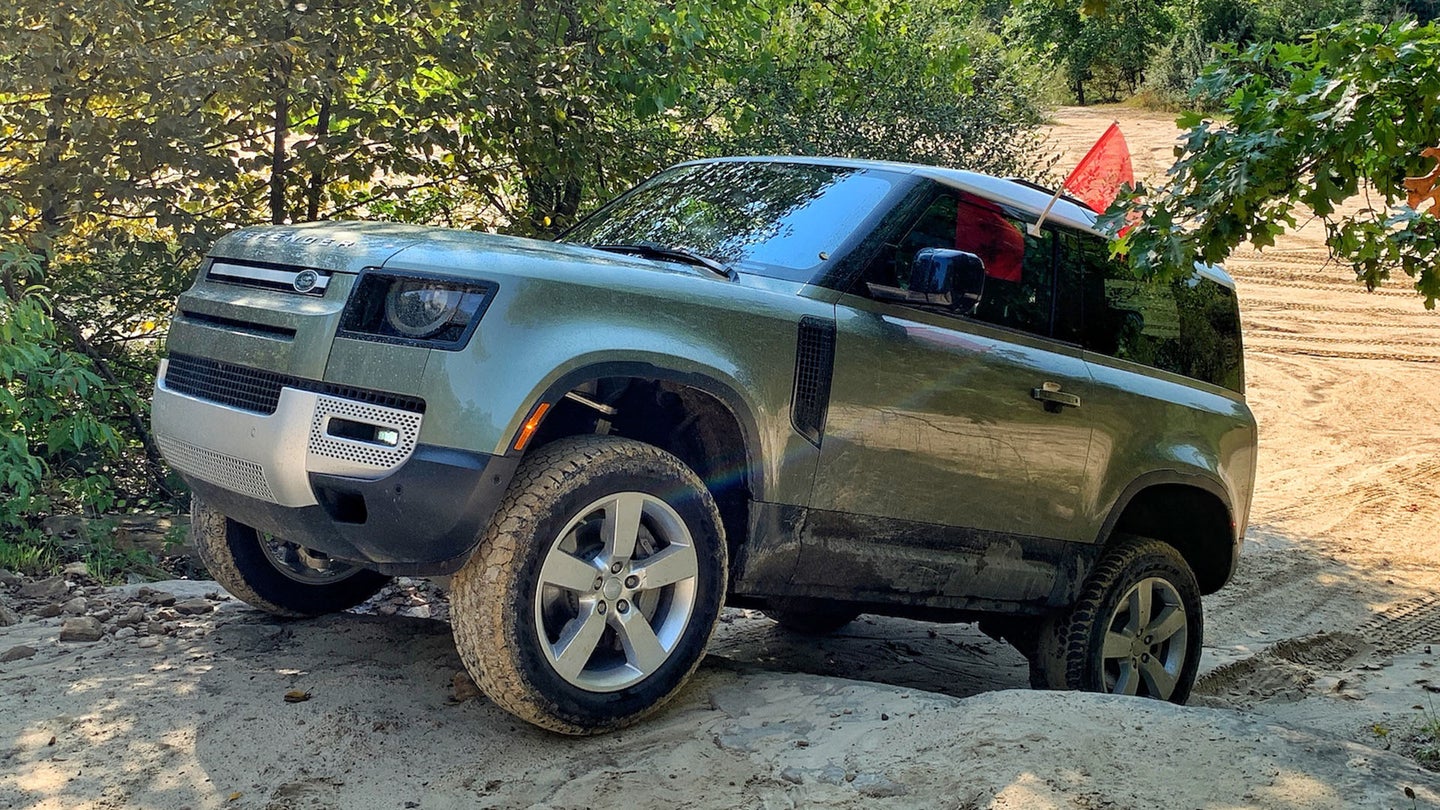 It’s got the looks, brains, and brawn to conquer anything you throw at it on and off the road.