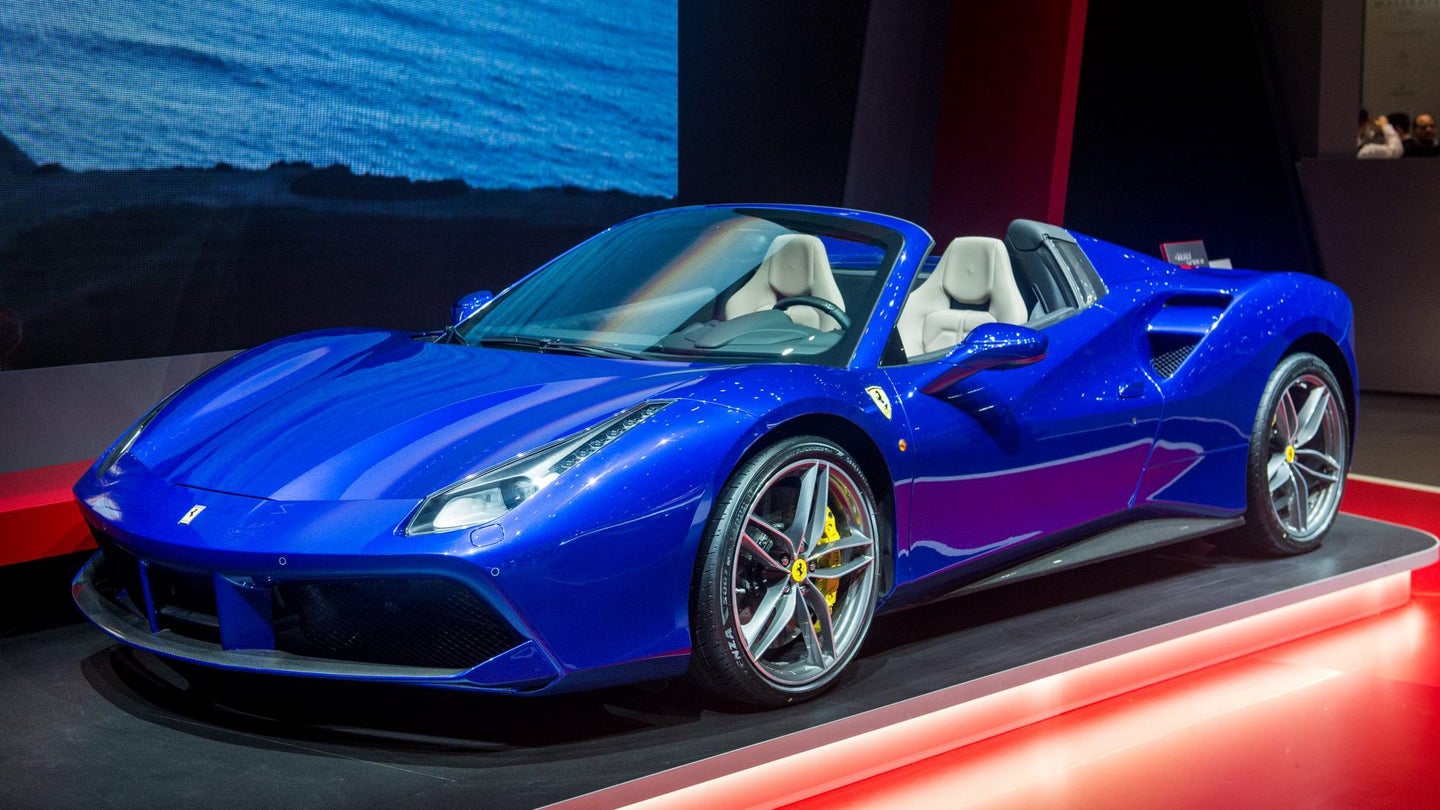 Ferrari is issuing a recall on its 488 due to a fault in the supercar's software, according to a statement from the National Highway Traffic Safety Administration. Apparently, cars are failing to properly warn their drivers when its brake discs are worn out and in need of servicing.

The fault apparently goes against federal regulations and thus the Italian supercar maker is issuing a recall and updating the software of all affected vehicles. The good news here is that the pool of affected vehicles, even by Ferrari standards, is pretty small. Just 40 cars will have to have their code rejigged.

According to Carscoops, all of them are from the 2016 model year with 39 being hardtop GTB coupes and a single affected 488 being of the convertible Spyder variety.

With 661 horsepower and 561 pound-feet of torque on tap and straight-line prowess not that far off from its former V12 big brother, used-up brakes are definitely something a Ferrari 488 driver (especially one who regularly hits the track) would want a heads up on. Let's hope the software boffins of Maranello have the kinks worked out for the upcoming, 710-horsepower 488 Pista.

The Ferrari 488 GTB is powered by a mid-mounted, 3.9-liter, twin-turbocharged V8 mated to a state-of-the-art seven-speed dual clutch transmission. It'll sprint to 62 mph in less than three seconds, top out at 205 mph, and start at around $250,000. Although, unless you're a cheapskate, prepare to write a significantly bigger check than that.