Mercedes-Maybach Is Making a GLS-Based SUV Slated for 2019

The Maybach GLS is projected to get the same AMG-developed, 4.0-liter, twin-turbo V8 that sits in the S560 sedan. 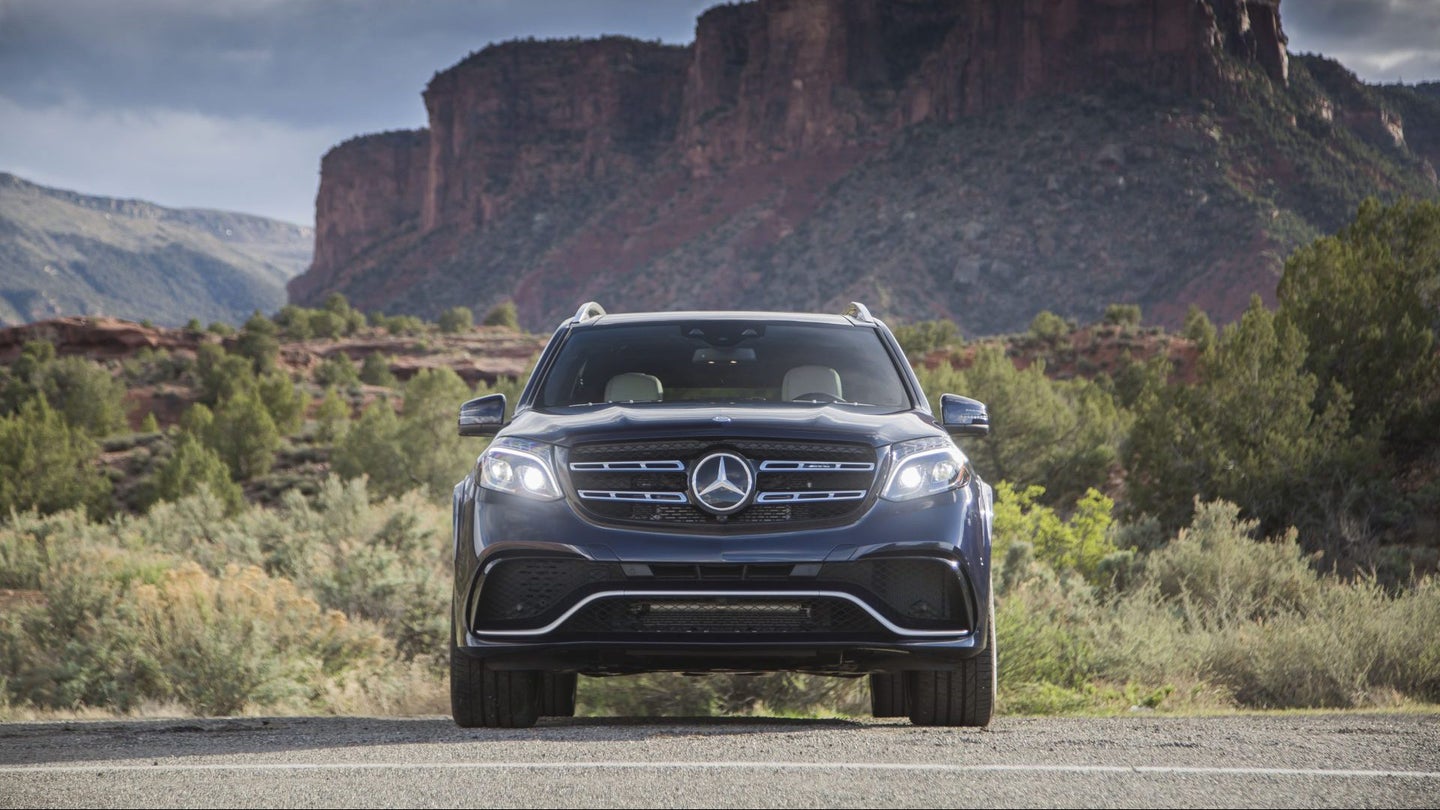 Another day, another luxury SUV. This time, it's Mercedes-Maybach jumping on the lifted utility bandwagon.

According to a report by Autocar, Merc's ultra-luxury sub-brand is preparing a GLS-based SUV for launch sometime in 2019. It'll take the already-luxurious Mercedes full-size SUV and adorn it with a new grille, upholstery fit for a sheikh, a bevy of luxury doodads that surely nobody needs, and an appropriately unattainable price tag.

Built to do battle against stuff like the Bentley Bentayga, Lamborghini Urus, Rolls-Royce Cullinan, and Aston Martin Varekai (née DBX), the Maybach GLS will be assembled at the company's Tuscaloosa, Alabama plant alongside the regular, poverty-spec GLS, making it the first Maybach to be built in America. The report says Maybach will unveil a concept car at next month's Beijing Motor Show before showing off the production version in Los Angeles this November.

According to a "high-level official" speaking to Autocar, "We have been quietly surprised by the sales success of the Mercedes-Maybach S-Class, which is proving extremely popular in many key markets. The plan now is to extend the exclusivity surrounding the Maybach name into the upper end of the SUV segment. We’re confident this new model will leave little to be desired in terms of luxury."

Internally known as the Maybach 9, the ultra-luxe SUV is projected to get the same AMG-developed, 4.0-liter, twin-turbo V8 that sits in the Maybach S560 sedan.

While the GLS Maybach's existence remains unofficial, we've reached out to Mercedes for comment and will update this story if we hear back.

The 10,000-pound limo is everything we have come to expect from the Maybach name.