While it may sound bad for the Bavarians, Mazda says things aren't that simple. 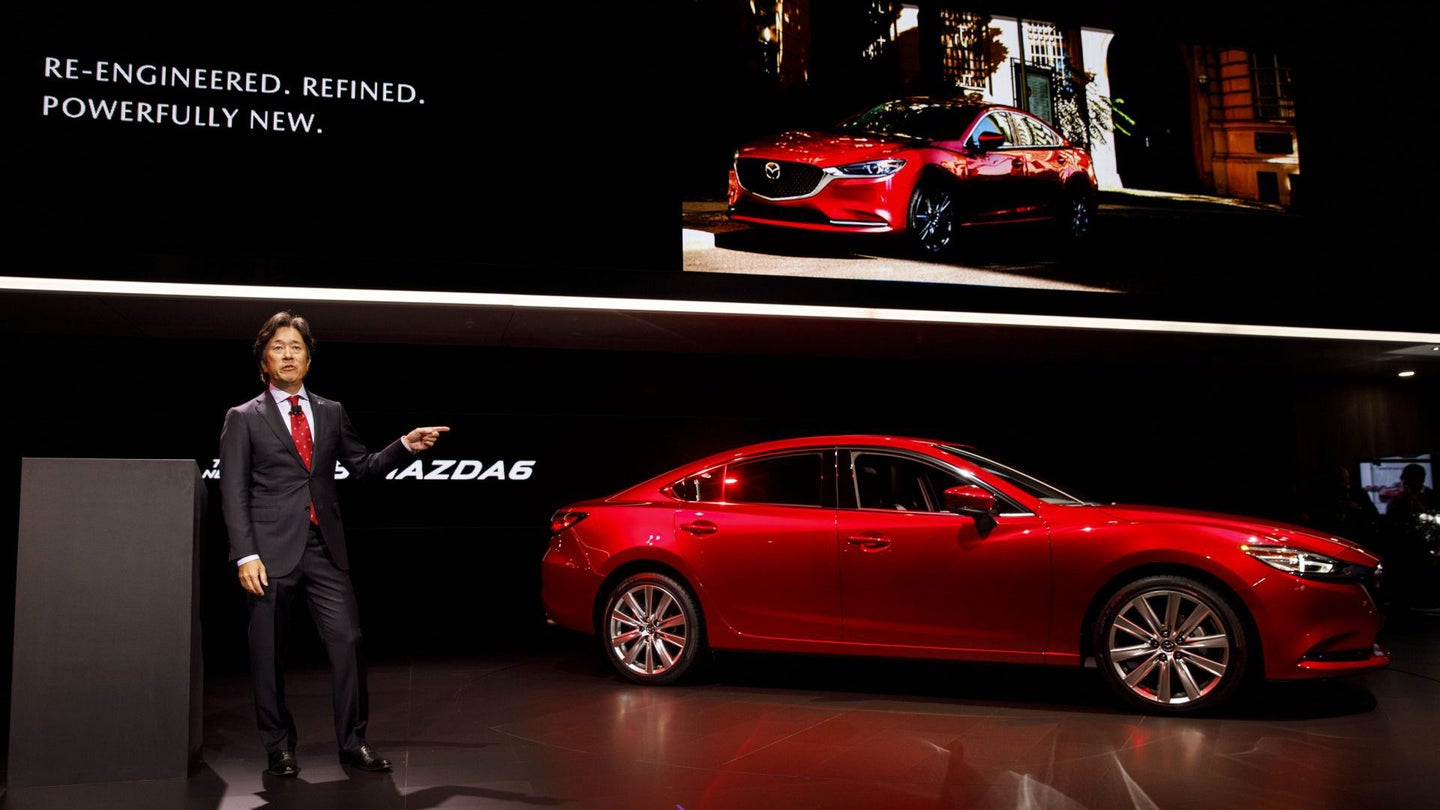 Mazda is largely known for making attainable, well-made cars that also happen to be a riot to drive. To create such deliciously handling vehicles, the company has been known to use BMWs as benchmark products. However, according to a report published by AutoGuide, those days are over.

You see, when BMW says that it builds the "Ultimate Driving Machine," it's a claim that historically, for the most part, was true...until it wasn't. Outside of its top-shelf M cars, most modern mainstream Bimmers lack the tactile engagement and driving joy that characterized their forebearers. Mazda knows this and has therefore moved on from the Bavarians when choosing a yardstick with which to compare its own vehicles, according to a Mazda engineer who spoke to AutoGuide.

In lieu of BMW, the engineer says Mazda now benchmarks an automaker that seemingly couldn't be more different: Toyota. He specifically lauds the new, much-sportier-than-before Camry, expressing concern that "if the Camry sold so well before when it was so boring to drive, they now actually have a good handling car on their hands."

The 2019 BMW X4 Isn't Your Dad's BMW Sports Coupe By Chris Tsui Posted in Test Drives
With Skyactiv-X, Mazda Seeks to Keep the Internal Combustion Flame Burning By Will Sabel Courtney Posted in Tech
Toyota Supra Specs Leaked, Pegged to Get 335 Horsepower By Chris Tsui Posted in Test Drives
Mazda and Toyota's $1.6 Billion Manufacturing Plant to be Built in Alabama: Report By Rob Stumpf
Mazda and Toyota Are Doubling Down on Their Electric Car Partnership By Stephen Edelstein Posted in Tech

It's all a little hard to believe, isn't it? We thought so too and therefore reached out to Mazda for further explanation. On a call with The Drive, Mazda spokesperson Jacob Brown was able to provide a little more context. While AutoGuide's report may, on the surface, look bad for BMW and great for Toyota, Brown stresses that behind-the-scenes, things ain't so simple.

The spokesperson didn't refute his colleague's statements, but did clarify that Mazda's approach to benchmarking isn't as straightforward as one might think.

In regards to the company engineer's claims that the Toyota Camry has booted BMW from its position as Mazda's driving dynamics benchmark, Brown says, "The new Camry is very good, I don’t think that anybody’s gonna deny that. And frankly, with a few exceptions, BMW’s dynamic qualities have catered more toward a comfort audience rather than a sport audience."

"You kind of have to look at what they’re doing as a company," said the Mazda rep. "BMW’s going for a broader audience to grow market share and that means that they may not be making cars as aggressive as they were. Whereas the Camry is certainly going for a sportier feel."

While a little ridiculous to hear at first, it's hard to argue against. As BMWs become more comfort-oriented and Toyotas grow to be more fun, I personally look forward to the day one can unequivocally say that an upmarket Camry is a better driver's car than a 328i.

As for the wide variety of cars Mazda has used as reference points, Brown says the Mazda R&D parking lot has played host to everything from Porsches, BMWs (obviously), to Cadillacs, and even Aston Martins. "It isn’t necessarily about benchmarking car-for-car, class-for-class," said Brown. "It means that we are gonna take the best attributes of whatever vehicle that may be."