The woman who gave us Elon Musk launched a successful modeling career just as Tesla’s Model 3 made its debut. 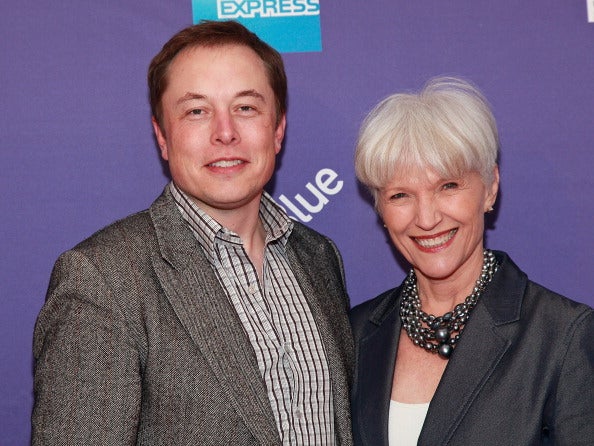 Several days after Elon Musk's Space X launched the Falcon Heavy rocket into space, his mother, Maye Musk, walked in New York Fashion Week. Though Elon and his mother work in two completely different fields, the tech genius inherited many traits from her that make him a successful inventor and businessman.

Maye Musk, a 69-year-old dietician and model, signed a contract with CoverGirl last year and became one of its oldest ambassadors. More recently, she participated in NYFW. On Feb. 8, Maye walked in the American Heart Association’s Go Red for Women fashion show, an annual celebrity-filled event that celebrates heart month.

Maye, who rarely talks about her son publicly, recently spoke with Australia’s Financial Review about her unique parenting technique’s and Elon’s childhood.

Maye, who divorced the controversial Errol Musk in 1979, raised not just one, but three entrepreneurs: Tosca, Kimbal, and Elon, in Pretoria, South Africa. In her own words, Maye took a hands-off approach as a mother allowing her children to build their own rockets and explosives and race dirt bikes.

Despite some rebellious experiences, Elon was an avid reader and obsessed with science as a child. He and his siblings developed entrepreneurial skills early on by helping Maye with secretarial tasks for her business. By age 12, Elon sold his first computer program. Elon briefly discussed his childhood with Rolling Stone in November. "I was raised by books. Books, and then my parents," he said.

Perhaps Maye's hands-off approach is what led Elon to become so ambitious, as people like Steve Wozniak describe him today. The Tesla Model 3, which boasts a waiting list of 400,000 people, was recently exposed for its complex battery system and a poorly designed body. Not to mention, Tesla has been unable to meet its consumer demands, and reportedly made less than 7,500 Model 3's this year. Maye recently told

The New York Times that she is number 300,000 on the waiting list for the Model 3 and will have to wait just like the rest of us.

Though Elon says he inherited his engineering knowledge from his father, his mother inevitably influenced other facets of his intelligence. Maye encouraged independence, open-mindedness, and freedom in Elon’s life. Maye, who has two master’s degrees, is the epitome of persistence and diligence; two traits her son clearly inherited.