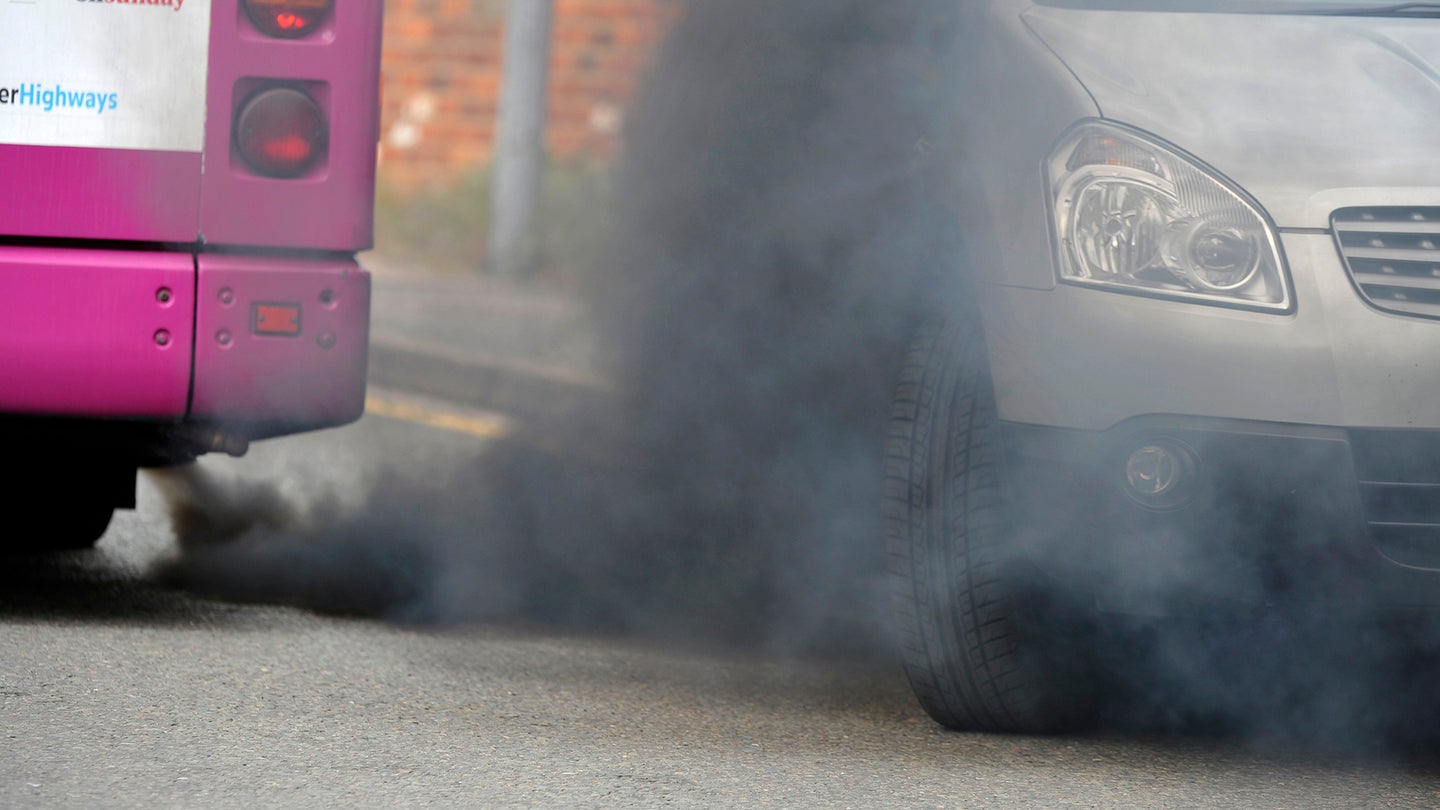 The ongoing saga of Dieselgate took a dark turn on Monday after reports emerged that researchers acting on the behest of Germany's three big automakers had actually exposed human subjects to exhaust pollutants during the conspiracy to cheat emissions tests, the BBC reports.

According to local media, the experiments took place back in 2014 just before the overarching scandal broke open. Just like the tests on monkeys first reported by The New York Times last week, the human-based study was funded by the European Research Group on Environment and Health in the Transport Sector (EUGT), an industry research group based in Germany and founded (and funded) by Volkswagen, BMW, Daimler, and the auto parts manufacturer Bosch.

Both sets of experiments, in which subjects inhaled various concentrations of nitrogen dioxide—a key pollutant in diesel exhaust—were allegedly aimed at fighting a then-recent decision by the World Health Organization to label diesel fumes as a carcinogen. The revelations prompted a fresh round of condemnation, both from automakers trying to distance themselves from the study and government officials who are perhaps aware of the extremely poor optics of the words "German" and "gas" in any sort of sentence.

Daimler said it was "appalled" by how far the EUGT took things and rejected the group's methods "in the strongest possible terms." According to the BBC, Volkswagen's supervisory board called the use of human and simian subjects "utterly incomprehensible" and pledged a full investigation. BMW has claimed it had no knowledge whatsoever of the tests.

Unlike the monkey experiments, which involved 10 cynomolgus macaque monkeys sealed in a room breathing the exhaust fumes from a running Volkswagen Beetle, the human volunteers inhaled air that had been specifically injected with various concentrations of nitrogen dioxide. A researcher involved with the human study told TheWashington Post that it wasn't specifically connected with the effort to bolster the use of emissions cheat devices with false data. The source added that automakers were aware of the tests but had no say in the parameters.

It's not unheard of to use human subjects in pollution studies. What's not normal, and especially troubling here, is the research being funded by automakers themselves—in particular, certain automakers who have already demonstrated a disregard for pollutant controls and public health.