Well, that’s something you don’t see every day. 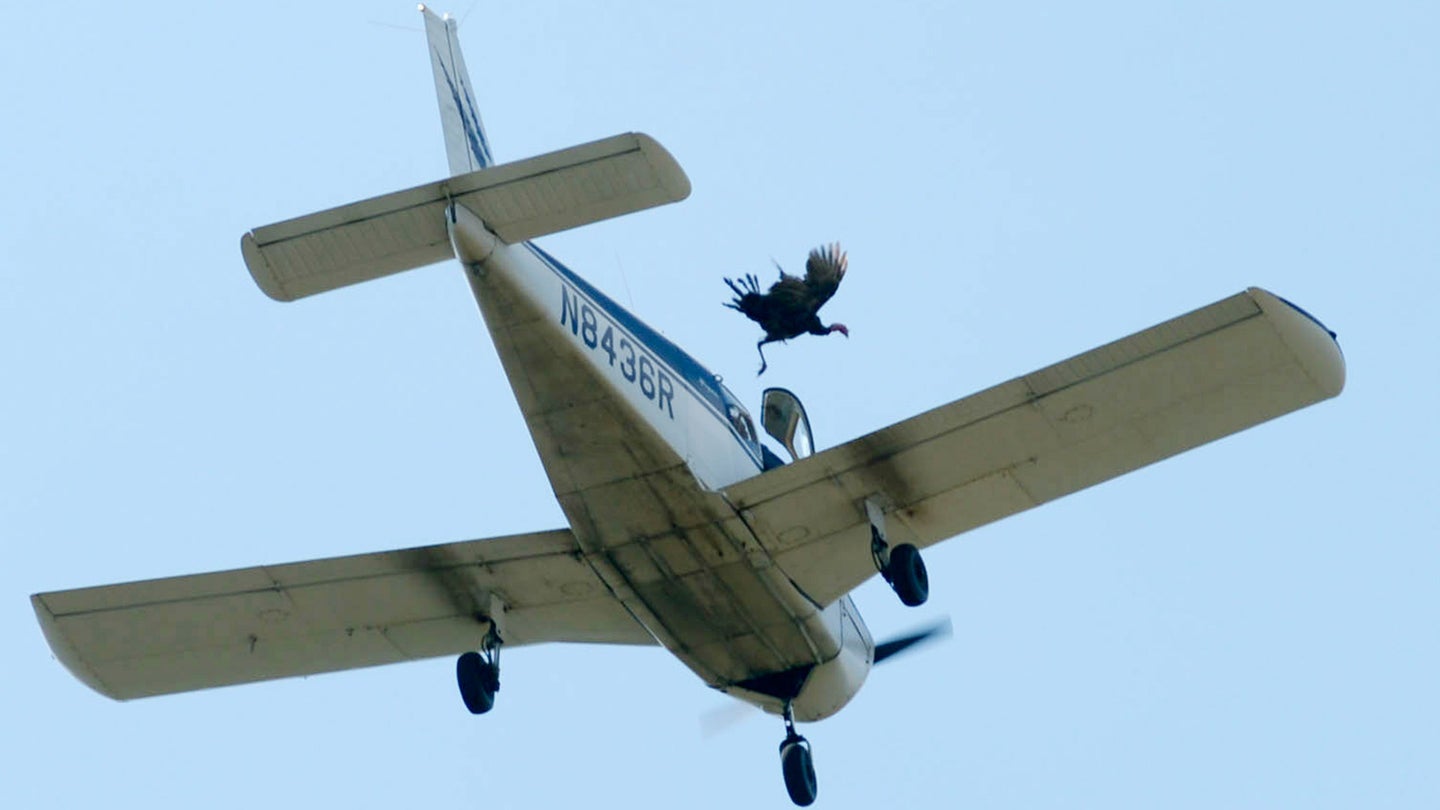 A turkey-dropping pilot may soon be forced to eat crow after potentially running afowl of federal law. On Monday, the Federal Aviation Administration announced that it has opened an inquiry into whether a pilot who bombed an Arkansas town with live turkeys over the weekend broke any rules by doing so.

The turkey-bombing run was part of the 72nd installment of the Yellville Turkey Trot Festival, according to the Associated Press, an annual autumn event described by the Yellville, Arkansas chamber of commerce as, and we quote, "a way to call attention to the region's abundant wild turkeys."

However, this year, an animal rights activist named Rose Hilliard reportedly wants charges pressed against the so-called "phantom pilot" flying the plane that dropped the turkeys onto the town, claiming that the act constitutes animal cruelty and violates state law.

While the pilot's identity is technically unknown, the FAA says the 1966 Piper PA-28-140 that released the birds belongs to local resident Aldino Raimondi, according to Little Rock-area newspaper The Arkansas Democrat-Gazette.

As the AP pointed out in a separate story, while the avian airdrop has been a staple of the festival for decades, it has faced criticism in recent years from people concerned about the well-being of the falling fowl.

“Why don’t you jump yourselves with no parachute. ...Think you’ll like it?” one person apparently unaware that turkeys are capable of flight wrote to the town, according to the AP.

Reports that the Yellville Turkey Trot's tradition inspired a similar bit from the 1970s-1980s-era sitcom WKRP in Cincinnati remain unconfirmed, according to The Arkansas Democrat-Gazette.