Tesla Sold a Gigafactory’s Worth of Cars Last Quarter

Yet another reason for The Musk to be brusque. And pleased. 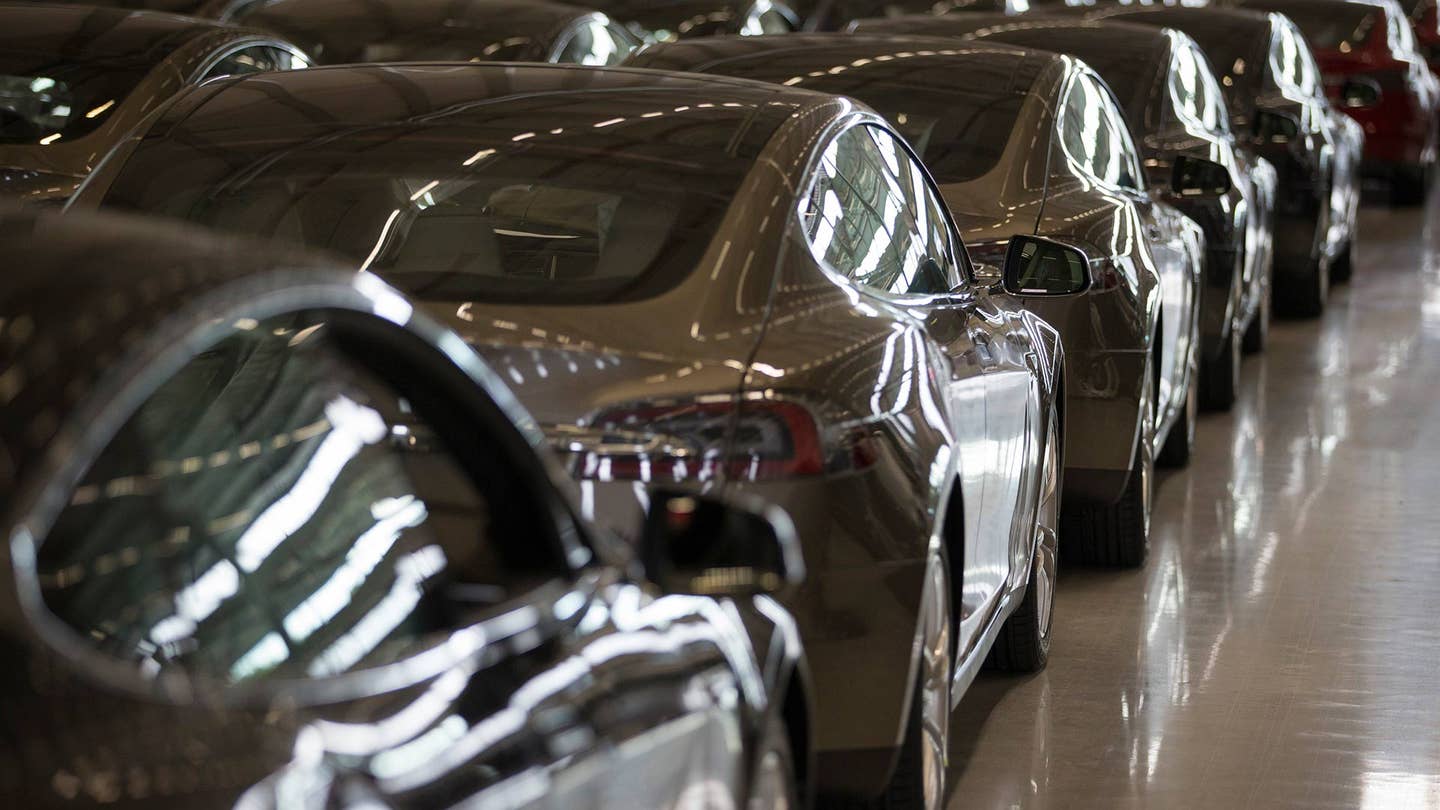 December 2015 will go down as one of the most validating months of Elon Musk’s topsy-turvy career. An analyst claims Tesla Motors shipped 18,300 cars in Q4, hitting the high end of investor targets. The news comes as Tesla works to ramp up production of its Model X crossover (you know, that electric car that won’t save the world but would wag its exhaust-less rump at a BMW X6 M) and also fulfill deliveries of its Model S sedan (you know, that electric car that sucks only in these seven ways). Trip Chowdhry, managing director for the investment analysis firm Global Equities Research, was the source for the report.

Few activities would please Elon Musk more than dropping a big, stanky New Year’s deuce on his skeptics. After a spectacular failure, his SpaceX rocket delivered a couple satellites into orbit last month and landed later in Florida, unscathed—the clearest indication yet that the California company has the right stuff for interstellar freight and travel. Following numerous production delays, the Model X crossover rolled out of Tesla’s factory in Fremont, Calif., in September with much fanfare and media boot-licking. Chowdhry’s analysis suggests Tesla is selling its cars, an activity that investors like carmakers to do.

Chowdhry is a fanboy. In 2013, he deemed Tesla’s stock (TSLA) “overweight,” meaning, paradoxically, “underpriced.” That was when shares were trading under $150. Tesla’s pre-New Year closing price? $241.77, up 1.9 percent after a mini-rally sparked by Global Equities Research’s report.

Musk has said the so-called Gigafactory taking shape in the Nevada desert will bring thousands of jobs (among them openings for security guards, The Drive presumes), and the financial markets seem to back him up. On the year, Tesla is expected to have delivered over 50,000 cars, meeting targets that were adjusted slightly downward in August from 55,000.

Maybe this news will help put out other new fires on the Tesla front...