At least they gave it the old college try. 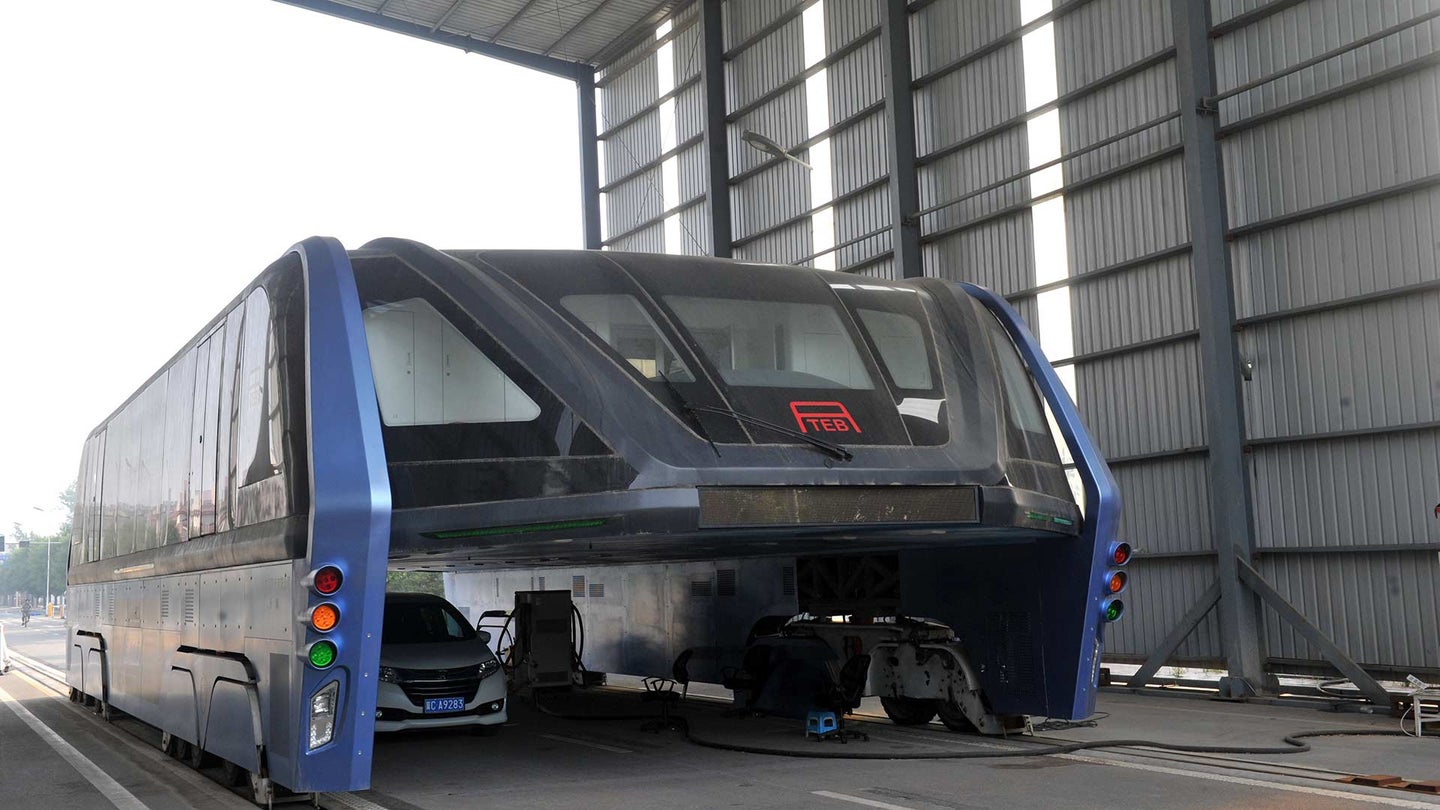 Boy, was China's "Straddling Bus" a complete flop of a project. According to China News Service, the futuristic elevated bus began testing back in August of last year and quickly stopped...just several days later.

The 22-meter-long Transit Elevated Bus sat along a 300 meter test track in Qinhuangdao, a city in the province of Hebei, untouched since last December, according to the report. This may have been due to a series of criticisms around the bus, including evacuation hazards and its limited clearance for vehicles. According to reports, the futuristic mode of transportation only has room for two vehicles less than 2.1 meters tall to travel underneath the bus at a time...when the bus take up three lanes itself. The bus is also apparently lacking adequate evacuation routes, due to its two-story height.

The company behind the "straddling bus" applied for an extended control with the Chinese government, but were denied, according to the report.

The vehicle will reportedly be taken apart and demolished starting in July. Swing and a miss, as they say.