This lady has zero chill. 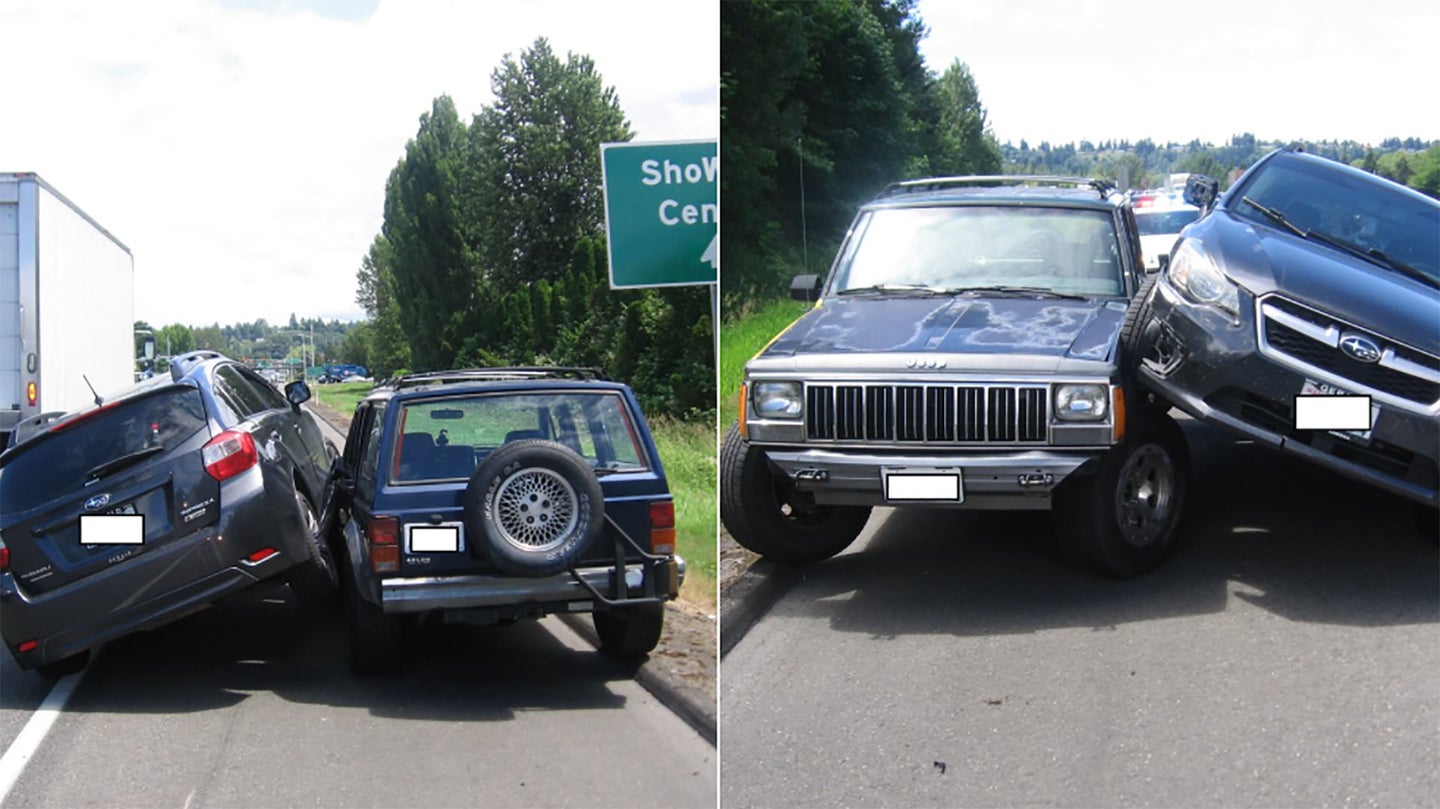 People who cut traffic by driving in the breakdown lane are basically the worst. Traffic patterns are made for a reason and although some of us may not like them, they are a common enemy we all need to deal with. That being said, acts of violence against those not obeying them are never justified.

Apparently a lady driving a Subaru Impreza in Kent, Washington didn't get the memo when she rammed an early 1990s Jeep Cherokee for traveling in the breakdown lane. According to Washington State Patrol Trooper Rick Johnson, the Jeep Cherokee was traveling in the breakdown lane to avoid miles of traffic on Highway 516. After seeing several cars do the same, the Subaru Impreza driver became frustrated and decided to take matters into her own hands.

It was at this point that the Impreza rammed into the side of the Cherokee three times in some bizarre fit of rage. As you can see from the Twitter post below, the Impreza ended up mounting the Cherokee, bringing it to a stop. Both drivers were cited by Troopers and no injuries occurred.

Listen lady, we hate cutters too, but not that much.

Volvo is still in the hunt for safest car on the road.

Colorado State Patrol Wants to Remind You ‘Help Me!’ Signs in Cars Aren’t a Joke

Didn’t your parents ever tell you not to do that?