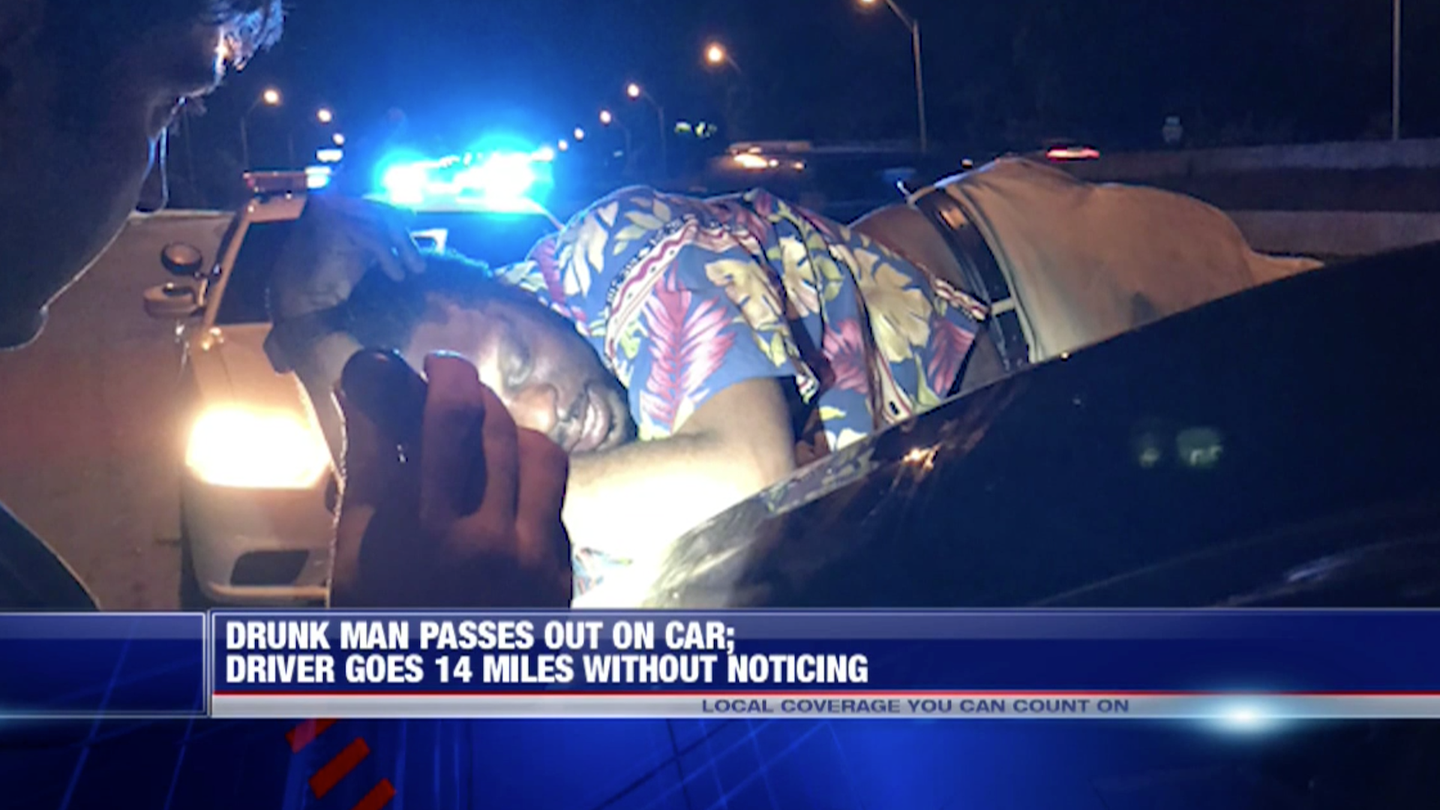 A couple in a car took a drunk man on a ride Thursday night in Memphis as he laid unconscious on their car trunk until police informed them of the stowaway, according to local news station Fox 13.

Carl Webb and his wife said that they were coming from a barbecue festival and didn't notice anything awry when they returned to their late-model Ford Taurus and left, according to the report. But apparently, something was very much awry—a man was curled up on their car's trunk.

"There's no way to describe it. It's unbelievable," said Webb, according to Fox 13.

When police informed Webb of the man resting on the rear of the car, he was in shock.

Apparently, the man had managed to ride on the back of the car for 14 miles.

According to Fox 13, the man was put inside the police car, but it is unclear if he is facing any charges.

You can watch the whole video report—complete with more images of the accidental passenger—here.