Vorayuth Yoovidhya is still wanted on charges stemming from a deadly 2012 hit-and-run. 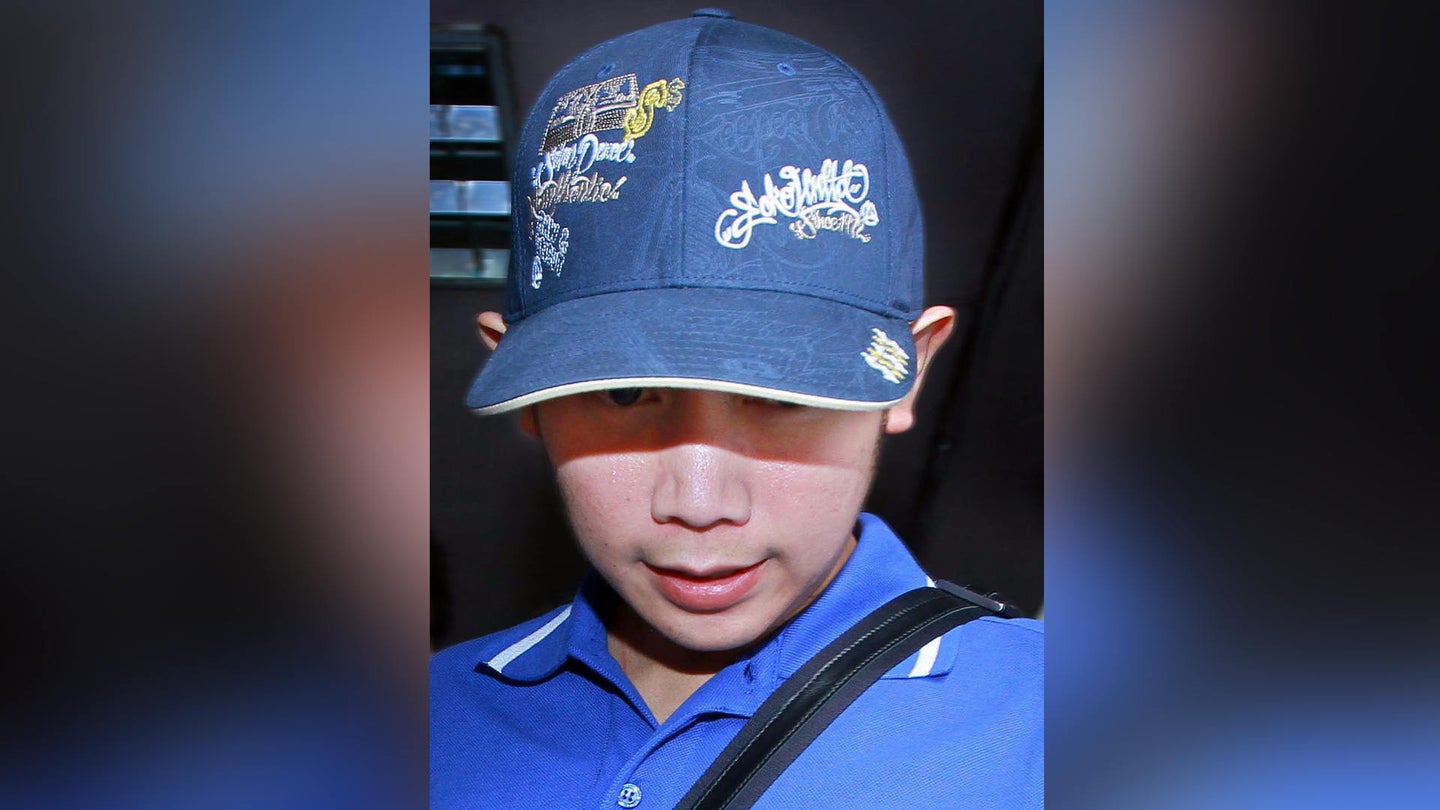 Almost five years after Vorayuth "Boss" Yoovidhya struck and killed a motorcycle cop on the streets of Bangkok and fled the scene in his Ferrari, it appears the Thai justice system is finally closing in on the billionaire grandson of the creator of Red Bull. The court finally issued an arrest warrant last Friday after a years-long charade where Yoovidhya simply refused to show up for any preliminary hearings and just went on with his gilded life, and this weekend the Thai government revoked his passport, effectively rendering him a fugitive wherever he is. And that's the question now—where in the world is Vorayuth Yoovidhya?

Three days before the arrest warrant was sent out, Yoovidhya tried one of his old tricks that had gotten him out of prior court dates, flying his private jet to Singapore on an important "business trip" that he couldn't possibly miss for a silly thing like hit-and-run and reckless driving charges. Rather than rescheduling, though, this time the prosecutors successfully sought an order for his arrest. But last week authorities in Singapore claimed that although his jet was still on the island, he himself was not.

There are rumors that he flew to Europe on a commercial plane, and Thai officials are in the process of working with Interpol to put out a "Blue Notice" notifying other countries of his fugitive status. Without a valid passport, Yoovidhya can no longer pass through any secured border crossing, and he's automatically violating the immigration laws of whatever country he's in. However, as a rich person he's not without options—DW points out there are some countries that will grant a passport to a non-citizen in exchange for a large "investment."

Still, these moves by the Thai government are a surprising and welcome departure from the way this case and others involving wealthy individuals in the country have been handled. After Yoovidhya killed the officer in 2012, police were able to track him home by following the trail of fluids from the damaged Ferrari, but they originally arrested the family's driver and tried to force him to take the blame. Yoovidhya eventually confessed but claimed the policeman swerved in front of him, and he only fled the scene to go inform his father about the accident and was quickly released on a ridiculously low bail.

Since then, he's pretty much skipped every court date and lived his life like nothing ever happened—a troubling pattern in Thailand recently. The BBC highlights several examples of rich kids literally getting away with vehicular murder in Thailand, with one girl receiving community service for causing a crash that killed nine people while driving without a license. Whether or not things are actually changing depends on what happens when Yoovidhya gets brought in.