But don’t call it a McLaren F1 successor. 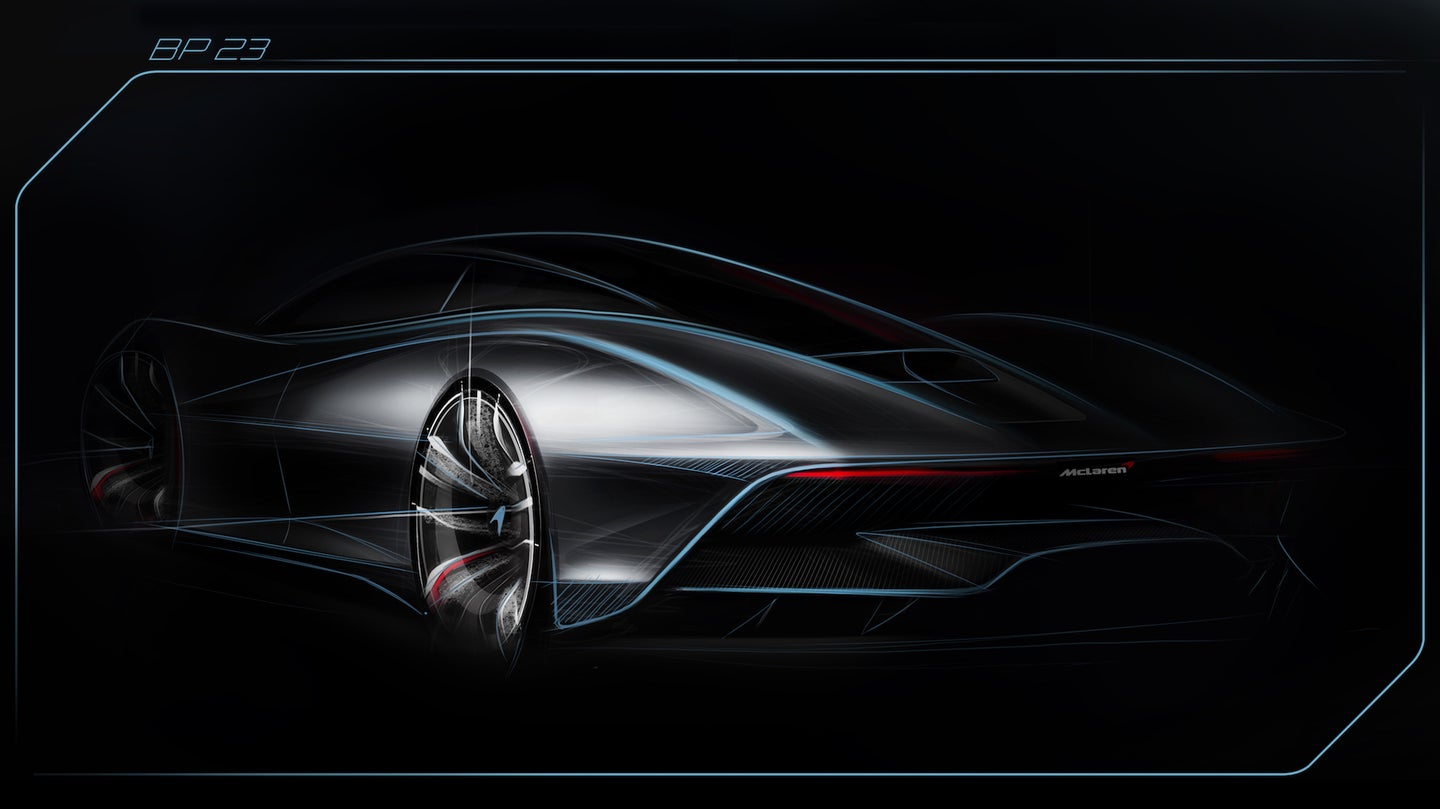 The upcoming hyper-GT three-seater McLaren hypercar will be the most powerful and most aerodynamic street car made by the British automaker yet, according to a press release from the company.

The car, which has been assigned the internal codename "BP23," will have a hybrid drive system that works with a 4.0-liter twin-turbocharged V8 motor. According to McLaren head Mike Flewitt, the car will be the "fastest" McLaren road car yet.

Only 106 cars will be built, and all have already been sold.

Along with the other information in the press release, McLaren dropped a new teaser graphic of the upcoming hypercar. We can't really tell much from the image, but we do see an extremely swoopy rear end and a long swooping center roof line.

At the Geneva Motor Show earlier this month, Flewitt explained to Top Gear that the new car would not be a successor to the '90s F1 supercar. That honor was reserved for the no-longer-in-production P1.

How We Took a $2,000 BMW and Made It Go Off-Roading, Run an Endurance Race, and More

It’s the premiere episode of a miniseries we call /BORN A CAR.