Sales of the sporty limited edition are expected to begin in April of this year. 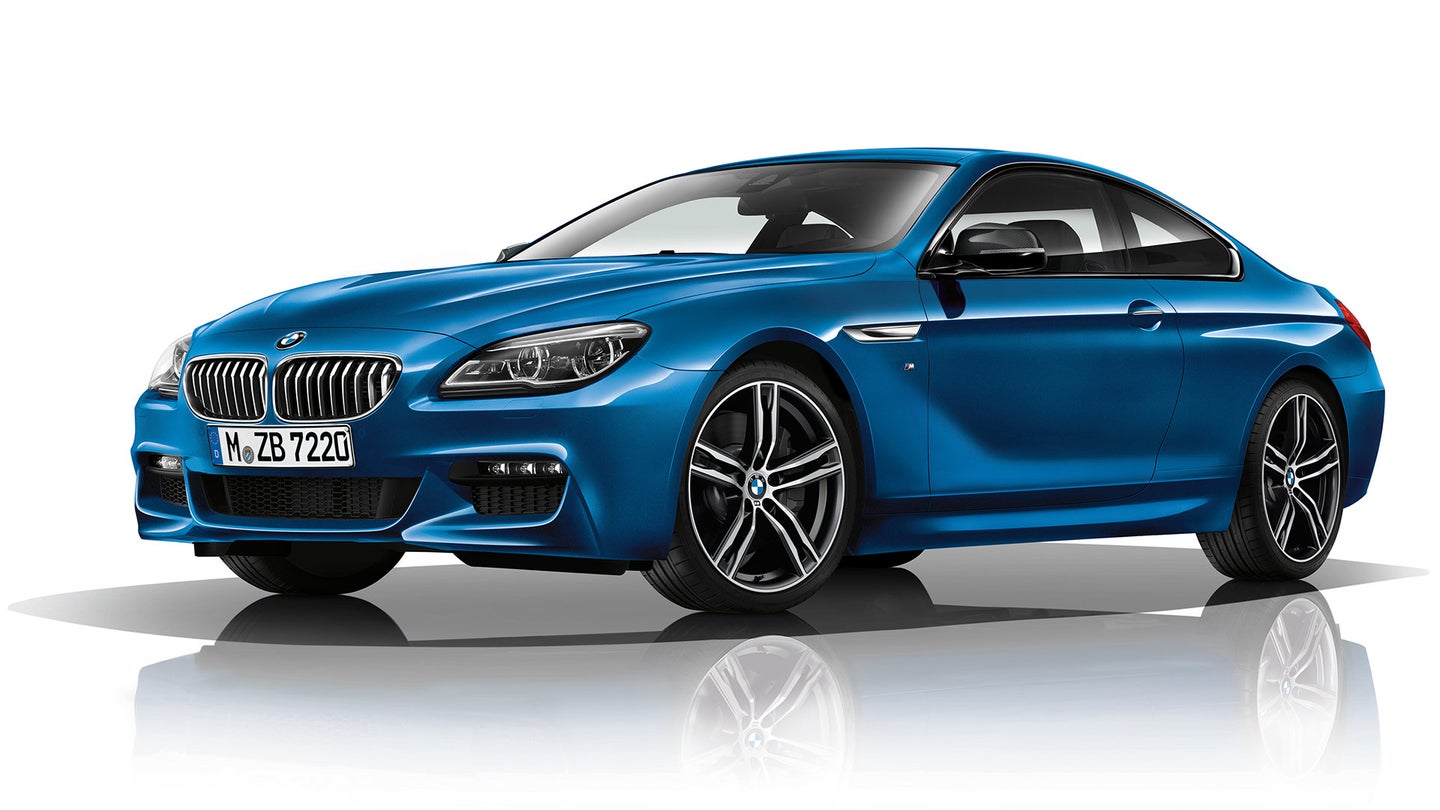 BMW has announced that it will be releasing a limited-edition version of the 6-Series M Sport called the M Sport Limited Edition. Aside from the bland title, the limited-edition trim brings an added sporty look to the already intriguing sports car. According to BMW, the M Sport Limited Edition package will be available on the 6 Series Coupe, 6 Series Convertible and 6 Series Gran Coupe.

Exterior modifications will include a Sonic Speed Blue Metallic paint that's new to 2017, aggressive 20 inch M light allow wheels with a bicolor paint scheme, and even carbon fiber sideview mirror caps. All these options are in addition to the options already found on the M Sport edition, like aero kits and badging.

The interior of M Sport Limited Edition 6 Series BMWs will include fine-grain Merino leather seats in black and fjord blue that are exclusive to the edition along with a flurry of little extra features. Some of those features include blue piping on the seats, carbon fiber interior trim, and door-ill mounted blue lights that read "M Sport Limited Edition."

Limited sales are expected to begin in April of 2017, however, BMW has not stated whether or not the M Sport Limited Edition will be available in the US.