Here’s the New Bristol Bullet, In All Its Hand-Built Glory

One of England’s most iconic brands returns. 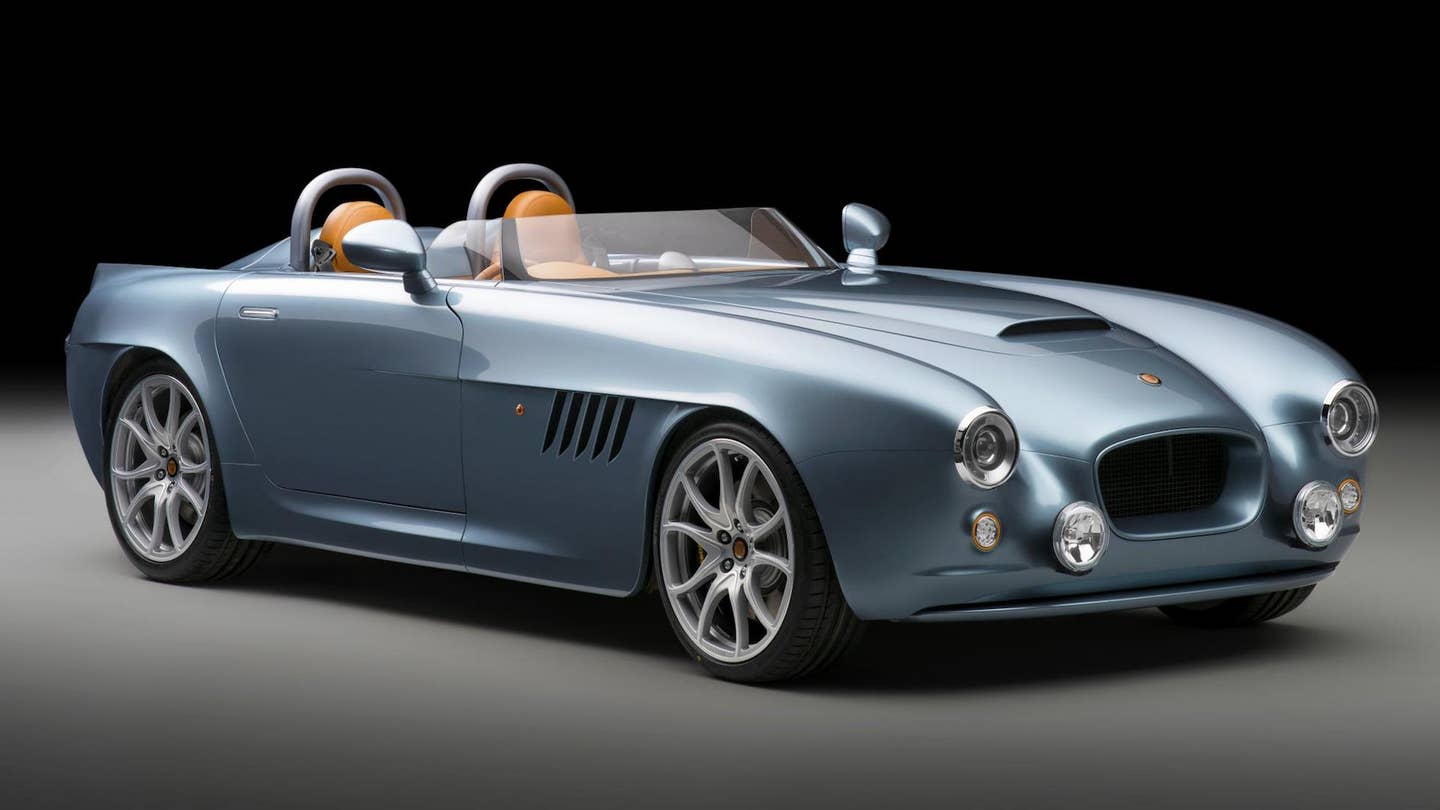 Bristol Cars, one of Britain’s oldest (and oddest) boutique brands, is back. Meet the Bullet speedster, the company’s first model since it was resurrected from insolvency by new ownership five years ago. The car is intended to celebrate the 70th anniversary of the automotive arm's founding. And, just as Bristols were back then, the Bullet is an aero-inspired siren.

It’s got some grunt, too. Under the hood is a modern BMW N62 4.8-liter V8, the same engine used in Morgan's Aero 8. Output here is a stout 370 horsepower and 370 lb-ft of torque. (Fun fact: Bristol calls this lump “Hercules,” a nod to the marque’s hero-status 14-cylinder radial aero engine from the Thirties and Forties.) Because the Bullet’s body is hewn from carbon fiber, curb weight comes in a tick under 2,500 pounds.

That means the 0-62 mph time is a claimed 3.8 seconds, on pace with the M4 GTS. But an M4 GTS interior doesn’t look like this: Chrome, carbon, and acres of butterscotch leather. Want.

Bristol plans on hand-building 70 examples of the Bullet, each priced around £250,000 (roughly $330,000). All will undoubtedly be snatched up by weirdo Brit aero hobbyists and L.J.K. Setright’s cult following.