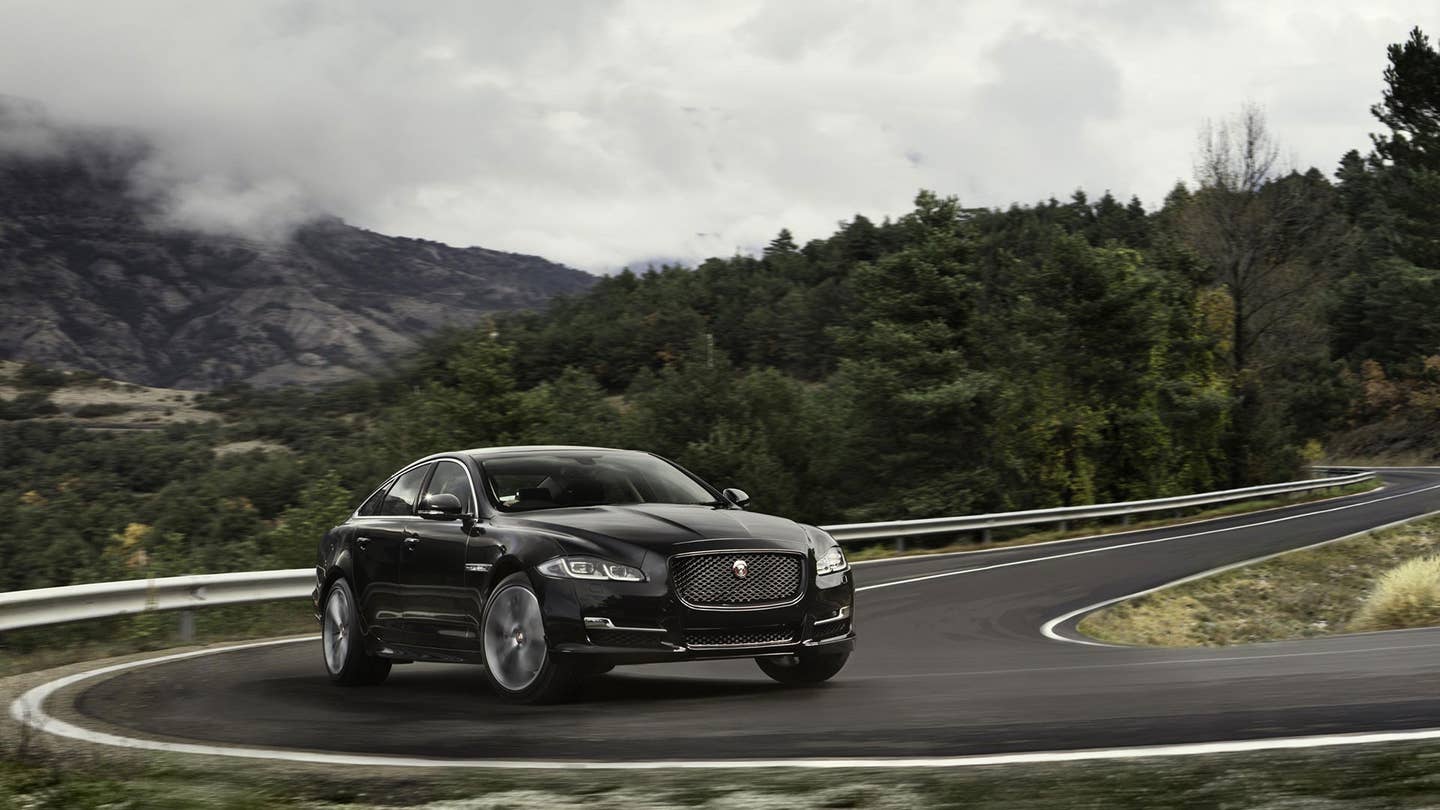 Welcome to Critic's Notebook, a quick and off-the-cuff collection of impressions, jottings, and marginalia on whatever The Drive writers happen to be driving. Today's edition: the Jaguar XJ R-Sport.

It's hard to believe the Jaguar XJ has been on the market for seven years, mostly because the design has aged so well both inside and out. It's arguably Ian Callum's best overall sedan. Maybe not quite as coherent a design as the XE or XF—the tail end is a little bit Jelly Belly—but it's definitely more distinct than those two, which suffer from a bad case of Audi-itis.* The XJ looks imperious, aggressive, downright cocky. It's the best-looking face of the current Jag lineup, and I include the F-Type in that statement. (Yeah, I said it. Come at me, bro.)

Even though the XJ R-Sport may be packing only three liters of displacement and a supercharger, it still can sprint. Credit, in part, the lightweight aluminum body and the short wheelbase, but don’t sell short its seemingly modest output. It may not draw acclaim these days, but 340 horsepower is 340 horsepower, after all, and proves capable of motivating the 3,891-pound five-seater. Still, the engine feels like a little too coarse for such an elegant British sedan. A car like this deserves the silky, effortless power of a naturally-aspirated V8, like the one Jag swapped out in favor of the blown six-pot back in 2013.

To make it hustle, it helps to use the tiny, wheel-mounted paddles. Even in Sport mode, the eight-speed ZF transmission suffers from a serious case of shift lag when left to its own devices, upshifting too soon and waiting too long to kick down, sometimes with a noticeable pause between your foot hitting the throttle and God's boot hitting the car's ass. Wring it out, though, and it'll rip towards triple-digits speeds with glee.

Inside, the XJ still looks like a model of modern elegance. The new infotainment system is a big improvement, though still a bit complicated compared to its competitors. The digital gauge cluster offers multiple display themes, including the aptly-named "Minimalist" option. None of them are that different, though—not the way, say Cadillac offers vastly different designs. Seems like a missed opportunity.

The saving grace of this Jag is the price. In an odd way, the XJ R-Sport is almost too affordable. The archetypal Mercedes-Benz S-Class starts at roughly $20K more in the U.S., and only comes in a long-wheelbase variant packing a bare minimum of eight cylinders and two turbochargers.

Speaking of wheelbase, the XJ Jag sent my way was a short-wheelbase model. Like the aforementioned Mercedes, most luxury carmakers have stopped selling SWB full-size luxury sedans in the States, and a peek in my R-Sport’s back seat offers a compelling reason why. Calling it cramped would be an exaggeration, but with my lanky ass in the driver’s seat, any left-rear occupant of average size wouldn’t be able to luxuriate in leg-crossing room the way owners of big bougie four-doors expect.

One final note: Jaguar’s latest nomenclature is more confusing than it needs to be. R-Sport seems like it should be the sportiest model below the XJ R, the way AMG Sport briefly signified sub-AMG models. It's not. It marks the bottom of the lineup; above it sits the XJ Supercharged, then the XJ R.

Then again, this seems more like the sort of thing semi-obsessive automotive journalists are likely to take potshots at than a problem actual buyers will face. Most of them will presumably just call it “the big Jag.” Which is probably just fine with Jaguar.

*A condition in which different luxury sedans within a model range look so similar, it's easy to confuse them.