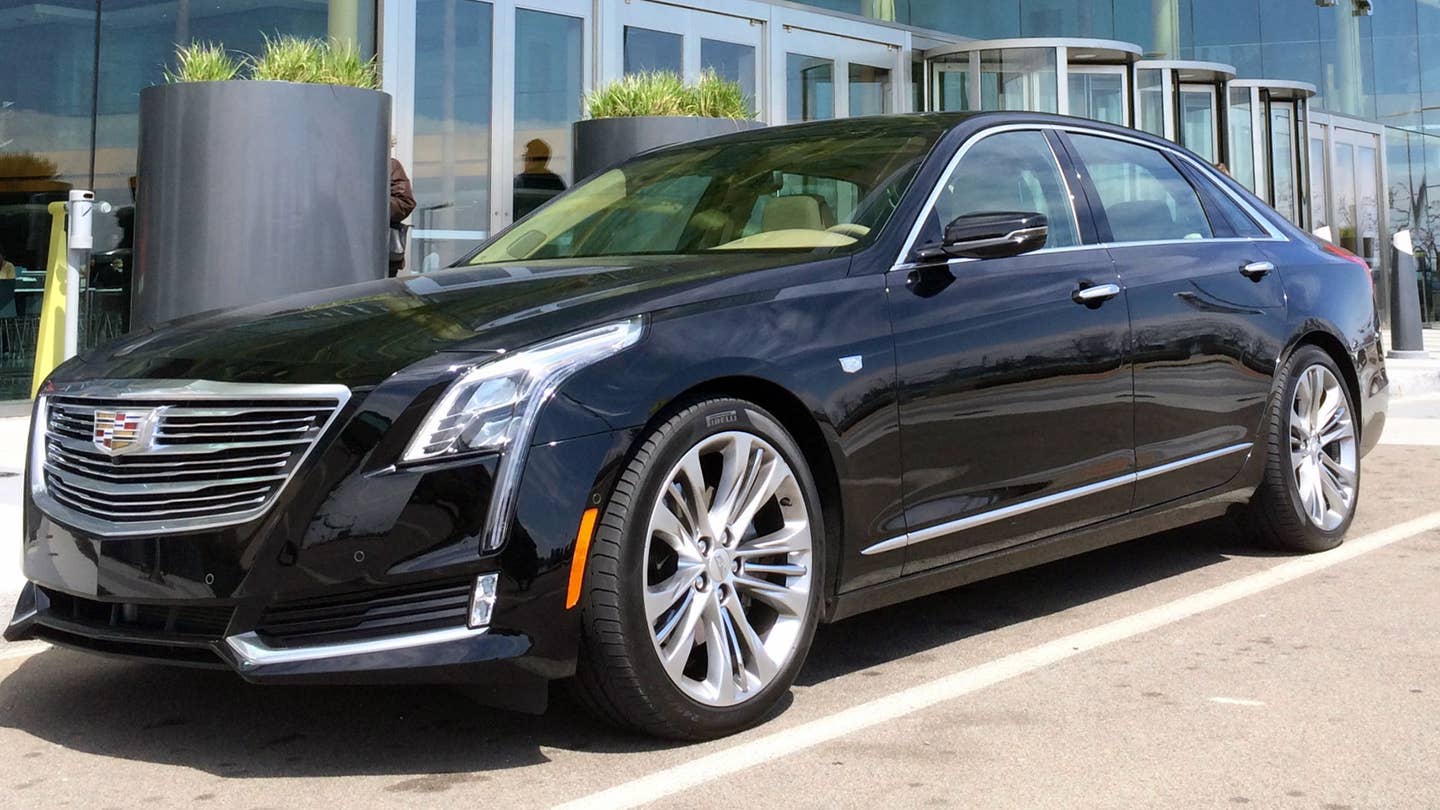 My Grandma Bobbie was born in Windsor, Canada, by accident. Her parents were visiting a relative there when her mom went into labor. Voila: Canuck. But her home, where she lived and was raised, was across the river on Detroit’s west side. Her dad, my great-grandfather, was a Russian immigrant who landed a job as a millwright for General Motors. Bobbie grew up, even during the Depression, in the security provided by her father’s union job. When she could afford it later in her life, she bought Cadillacs.

At 94, Grandma Bobbie still lives in Metro Detroit, on her own in an immaculate suburban condo. And though, despite my protestations, she’s abandoned the General’s top brand for a Lexus—which she describes as “the last car I’ll ever buy”—whenever I come to town I do my best to honor her, my lifelong style icon, by nabbing a Cadillac.

In recent years, as Cadillac has sought to compete with the proliferating BMW Ms, Mercedes-AMGs, and Audi RSs that the Germans keep dishing out, that’s often meant rolling out some delightfully delinquent sedan equipped with a bulging hood and a "-V" appended to its name. But this week, while I was in the Motor City for some executive realness, I nabbed an un-suffixed, top-of-the-line Cadillac CT6.

Recent Cadillacs have impressed me with their audacious styling, their superlative (borderline superfluous) performance, and their profoundly American sense of material luxury. But none has had quite the presence, the ability to cue a sensual reminiscence of the brand's onetime preeminence, as this Black Raven sedan. When my siblings and I used to get into Grandma Bobbie’s 1975 Eldorado, with its button-tufted white leather interior, we had to take off our shoes; the CT6, a holy temple to Motown magnificence, similarly made me want to remove my footwear.

The all-new, 404 hp, 3.0-liter twin-turbo sits low in the nose, and the A-pillars are on the slim side, so sight lines out of the front are borderline panoramic. The 180-degree monitor integrated into the rearview mirror—a trick camera feed made available by flipping that tab usually dedicated to limiting glare—provides similar service out the back. And though the car is big, thanks to (relative) lightness, rear wheel steering, magic magnetic dampers, and all-wheel-drive, it turns, glides, and sticks like a smaller car. Sporty in Sport mode and comfy in Comfort, the CT6 honestly blends the lively and the livery in one package. And finally, praise Moses, my frustrations with Caddy’s fritzy CUE interface have been vanquished. I just plugged in my iPhone, and my maps, contacts, and infotainment were all controlled via CarPlay. I’ve been saying for years that everyone should just outsource their infotainment to Apple. Seems like they’ve finally listened.

The dash is a bit busy, both in terms of graphics and materials. I’m not sure perforated bruise-colored leather belongs next to polished maple and sueded vicuna; nor am I certain that the light bar around the digital tachometer should be invisible during daylight, or that the speed and turbo-spooling indicators should be redundant in quite so many places. Cadillac may want to use some of the CT6’s laser/radar/LiDAR-guided collision-prevention safety systems to scan a few more 7-Series, S-Class, and A8 interiors to get some cues for upping the drama while muting the chatter.

Then again, those cars all start at nearly six figures, whereas the CT6 maxes out in the mid-80s. Anyway, a Cadillac isn’t supposed to mimic some Teutonic flagship, it's supposed to—at least for this great-grandson of Detroit—define the American dream ship. In this, I think even Bobbie would agree, the CT6 succeeds.