Takata Issues Another Recall and Honda Brings Us a Civic Hatchback: The Evening Rush 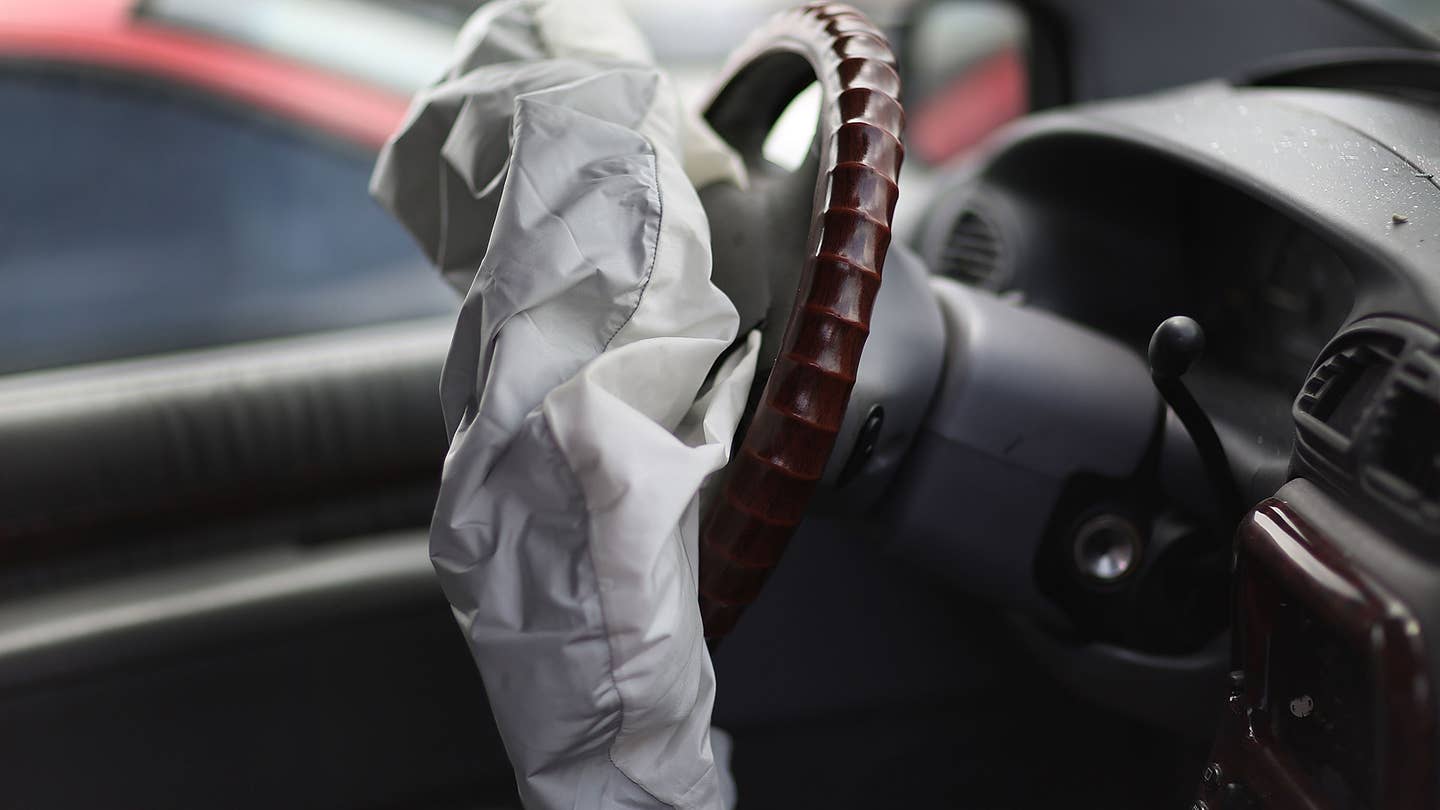 A 1966 Ford Mustang Shelby GT350 will usually go for over $200,000. In this particular case, a less-than-mint Shelby GT350 has emerged from 40 years of storage and is expected to hit the auction block at Bonhams’ Greenwich Concours D’Elegance Auction this May for around $100,000. A bargain, for those that don't mind a little rust.

Spy shots of the 2017 Honda Civic Hatchback have leaked. Sporting extra trunk space and aggressive lines, the hatchback is already our favorite variant. In addition, Honda has announced a six-speed manual transmission for the entire Civic line come 2017.

Bad news for Takata: another 35 million cars are about to get recalled due to exploding airbags. Shrapnel, as ever, is a serious issue.

You need high air quality like you need, uh... oxygen. Fortunately, the Jacob Jensen Air Quality Monitor is a compact device that carefully measures pollutants like nitrogen dioxide, carbon monoxide and much more, breaking them down into easily understood readings. If you live in a city with less than ideal air quality, it's good to know when it's better to chill indoors.

There are plenty of sufficient headlamps on the market but most have a fairly limited field of vision, except for the Halo headlamp. Made up of 20 LED lights, this 360-lumen headlamp provides users with 180 degrees of illumination. Check out the Halo on Kickstarter and preorder yours now for $75.

Today’s beer pick takes us to Toppling Goliath Brewing Company in Decorah, Iowa. Founded in 2009 by Clark and Barb Lewey, this small NE Iowa brewery has done an unreal job of cranking out amazing stouts and DIPAs from their 30-barrel system. Constantly hitting above a 95 rating on Beer Advocate, Toppling Goliath has gotten our undivided attention. If you are lucky enough to get your hands on some of their beer, we recommend King Sue, a double IPA.

Picnics are pretty damn fantastic. You get to enjoy mother nature while eating her fruits. The heroes at Steep & Cheap are selling an ALPS Mountaineering table for 50% off, greatly increasing the civility of your al fresco meals.