“Neither snow, nor rain, nor heat, nor gloom of night stays these couriers from the swift completion of their appointed rounds,” or so say America’s postal workers. I have a similar credo, less poetic and mostly revolving around Los Angeles’ well-known traffic hellscape not getting in the way of my car reviews, which are just as important as America's mail delivery—if not more so.

But gloom seemed inevitable given that my time behind the wheel of the 2021 Mercedes-AMG GLS 63 crisscrossed Los Angeles’ central highway arteries.

Someone at Mercedes apparently watched SNL’s "The Californians" sketch one too many times, because the test drive loop offered views of the picturesque 405, 101, 110, and 105 freeways, as well as parts of Beverly Hills during a weekday afternoon. On the whole, not exactly ideal to test a 603 horsepower, 627 pound-feet of torque, 7-seat super SUV. Anywhere else would’ve been better.

But then again, most GLS 63 drivers will never take their SUV onto a racetrack, nor a serpentine mountain road, nor will they likely ever drop the SUV into Sport+. (Research shows that last part is actually true.) So in a way, the workaday route makes more sense, even for an AMG. Sure, the GLS 63 scoots from light to light with what feels like unending torque, but the bulk of its existence will be one of running errands, picking up kids, hauling dogs and an assortment of menial tasks similar to that list.

More importantly, while the average driver behind the wheel of an average full-size SUV would be a beleaguered mess after five hours of unending bumper-to-bumper traffic, the GLS 63 is every bit the luxury Mercedes-Benz you’d envision, leaving you bright-eyed and ready to conquer the reverse path home.

Carried over from its smaller GLE 63 S sibling are the 4.0-liter twin-turbocharged V8, 9-speed automatic transmission, 48-volt mild-hybrid setup, all-wheel drive, and most of its drive settings—the GLS 63 loses Race, ending with Sport+ as the wildest of settings.

Horsepower and torque are unchanged. The same goes for the EQ Boost effect provided by the hybrid system, which punches those numbers up for a time-limited 624 hp and 811 lb-ft—right foot to the floor, past the transmission kick-down, full electrical overboost can be found.

Additionally, so are the many suspension tricks afforded by the advanced electrical setup, including adaptive air suspension, electronic adaptive sway-bars, all-wheel steering, and active engine mounts. Sticky tires and massive brakes finish off the package. Monoblock wheels are also available and should be bolted on immediately. And while everything listed here and above, apart from the dope Monoblocks, are meant to get the GLS 63 quicker around a corner—a monumental undertaking given its three-ton-ish heft—everything listed also ensures that even lazily dealing with Los Angeles’ crumbling, earthquake ruptured infrastructure is a blissful and luxurious experience.

Little of the outside world enters the spacious cabin. The greenhouse’s glass is thick, insulating you from the smog, congestion, and din of slogging traffic. Horns are almost imperceptible; road raging idiots and passing motorcycles are kept at bay. The front seats, upholstered in the same buttery leather as the GLE 63 S, are divine, hugging you firmly without ever feeling tiring. Both heated and cooled, they’re ready for whatever climate or season—I’d like a little more cool, though. The same knee-gouging nub that’s in the GLE 63 S is also tragically here, too.

The MBUX infotainment is retained from the standard GLS, which got its setup from the current-generation S-Class with two large 12.3-inch touch screens—one behind the wheel, the other flanking the driver. The system, like its sibling, isn’t as intuitive as others, but you get used to it. If the native operating system isn’t your jam, Apple CarPlay and Android Auto are ready to take over. There’s also an inductive charge mat beneath the HVAC controls which made charging my phone simple and efficient.

Apart from the driver, there’s room for six others counting the passenger and the rear seats, all of which have more than enough leg and headroom to spare. The middle seats, those directly behind the driver, also have access to the GLS 63’s infotainment via touchscreens. Unlike the GLE 63 S I tested, though, the GLS 63 only had the standard Burmester Surround Sound audio system, not the upmarket 3-D version. The differences between the two are noticeable, with the standard system offering good, but far from great fidelity. My take, get the 3-D Burmester, you’ll be happier.

There’s a heft to it you feel when you're behind the wheel, a luxurious weight that gives you the impression you could smash through a brick wall, level a city block or cruise through a minefield, setting off the triggers without nary a scratch inflicted on its precious paint. It's a tank. A fast tank.

Steering is direct, though entirely numb. There isn’t a solution to this without the steering becoming semi-truck-heavy and turning off would-be buyers.

Put your foot down and you’ll catch sleeping Porsche 911 owners by surprise, as this baby boogies. Even though it weighs three tons, 811 lb-ft isn’t something to shake your fist at, and you’ll find you use the EQ-Boost more often than not just for the quick thrill. The horsepower never really comes into play, and it wouldn’t here in the United States—all that power is for Autobahns and we’re fresh out of those. It's the acceleration that thrills, a relentless wave surging forth.

What truly makes the GLS 63 more special than its competition is that 48V system and its integration with the electronic adaptive suspension elements. In Comfort, jarring potholes, teeth-chattering pockmarked pavement, and abrupt tarmac transitions spilling your morning latte are things of the past. The big Mercedes soaks them up in such a way that you’ll never feel the disturbance. Oddly enough, it’s similar to how a modern trophy truck feels, where its suspension is working overtime but absorbs each undulation, never sending those jolts into the cabin. There are, of course, other settings for stiffer rides, but for 99 percent of your ownership, Comfort is the place to be.

I started my day at the edge of the Pacific Ocean, dove deep into the glitz and glamor of Beverly Hills, became another drone on the freeway jamming to Prince as I inched forward every half hour, and finally ended the day 20 miles south of where I started, once again at the Pacific.

Was there a better route for the 2021 Mercedes-AMG GLS 63? Probably. At least there was likely a more entertaining, less congested one. Yet most owners will never drive as dynamically as most auto writers do during these first tests. So in the end, the traffic was worth it, because it proved that the GLS 63 is also worth it.

Starting at $132,000, the GLS 63 isn’t cheap, but it's also not outlandish for its segment. And because of that trick 48V system, it actually feels like a steal as few full-size luxury SUVs are as comfortable as the GLS 63. Fewer still offer the sort of performance capabilities that it has in spades, too.

Honestly, I should have more issues with it, especially since all that stop-and-go traffic gave me plenty of time to pick nits. I should’ve gotten cranky by hour three and started trashing the interior, the design, or something about the infotainment. I should've wondered what exactly this behemoth was doing that an S-Class or GLE couldn't, besides seating seven.

I should be shaking my fist at the uncaring sky while sitting stationary on the 110 freeway. But I can’t—the GLS 63 is too good. 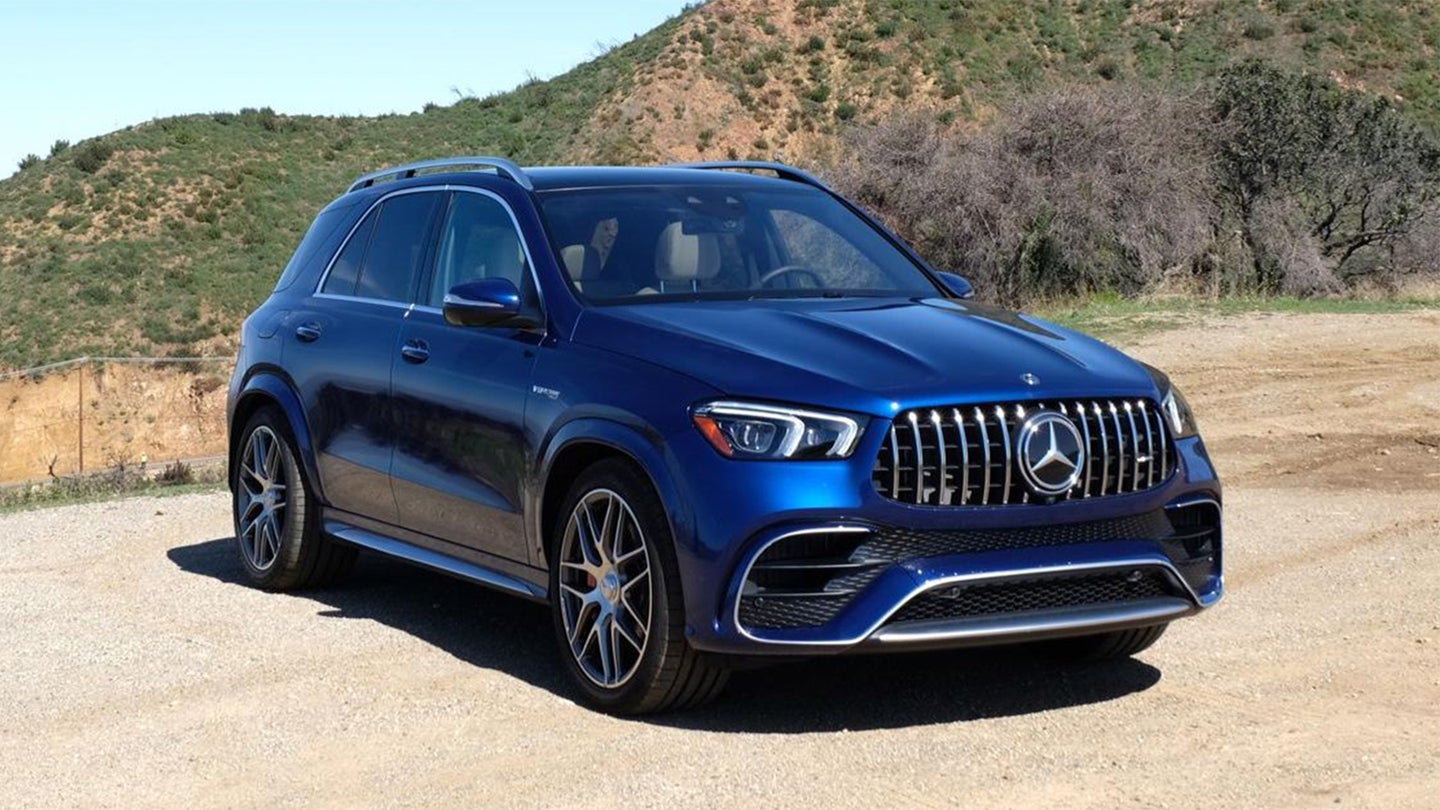 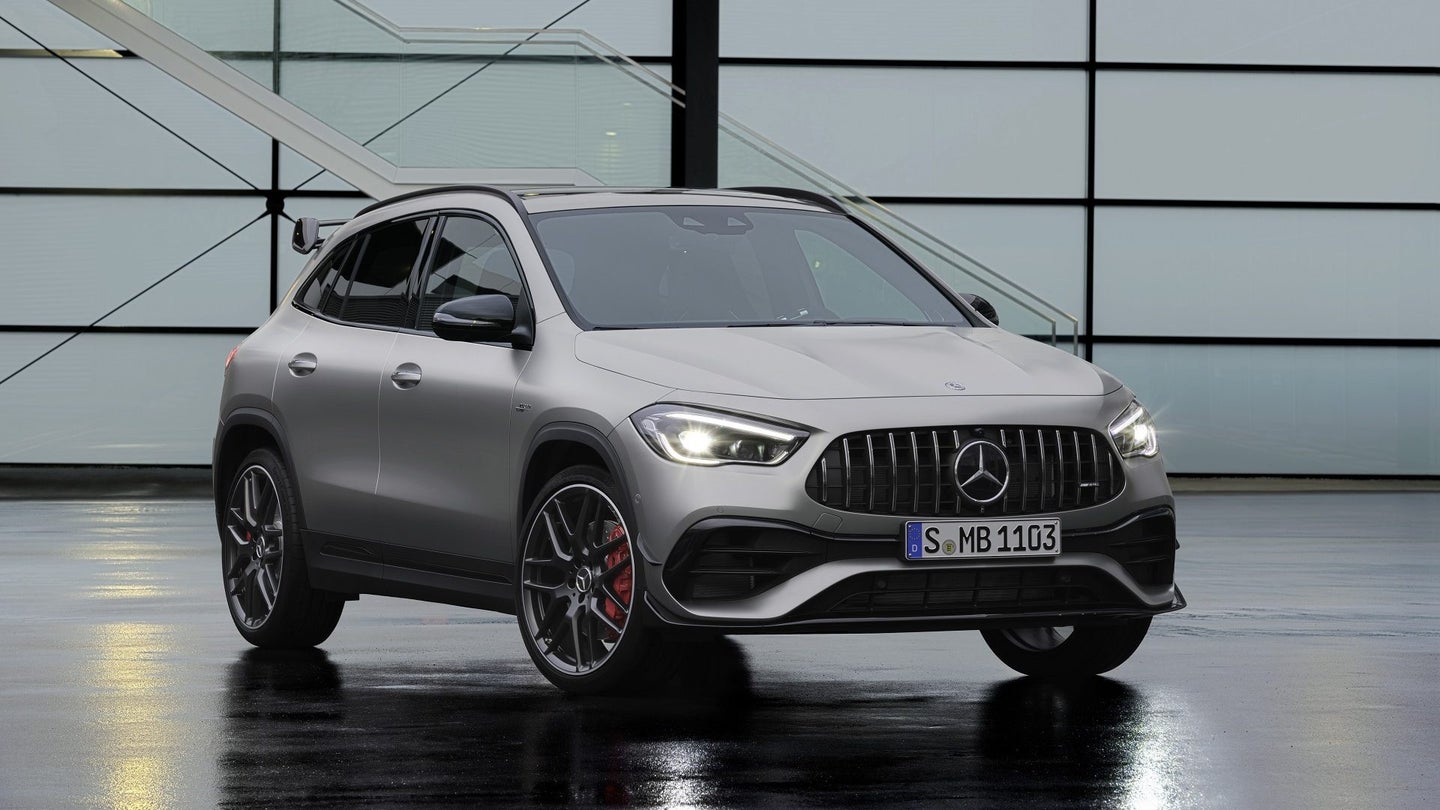 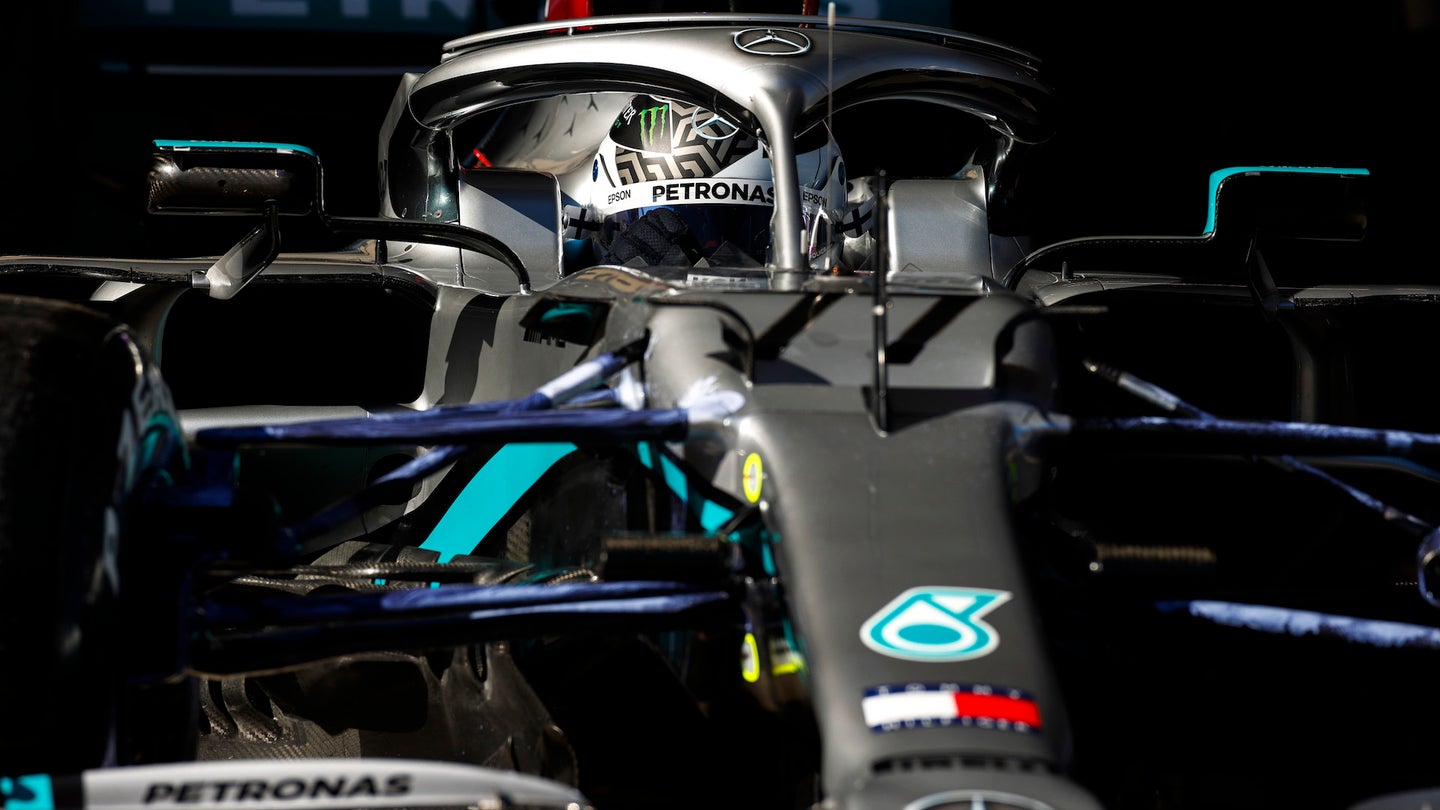 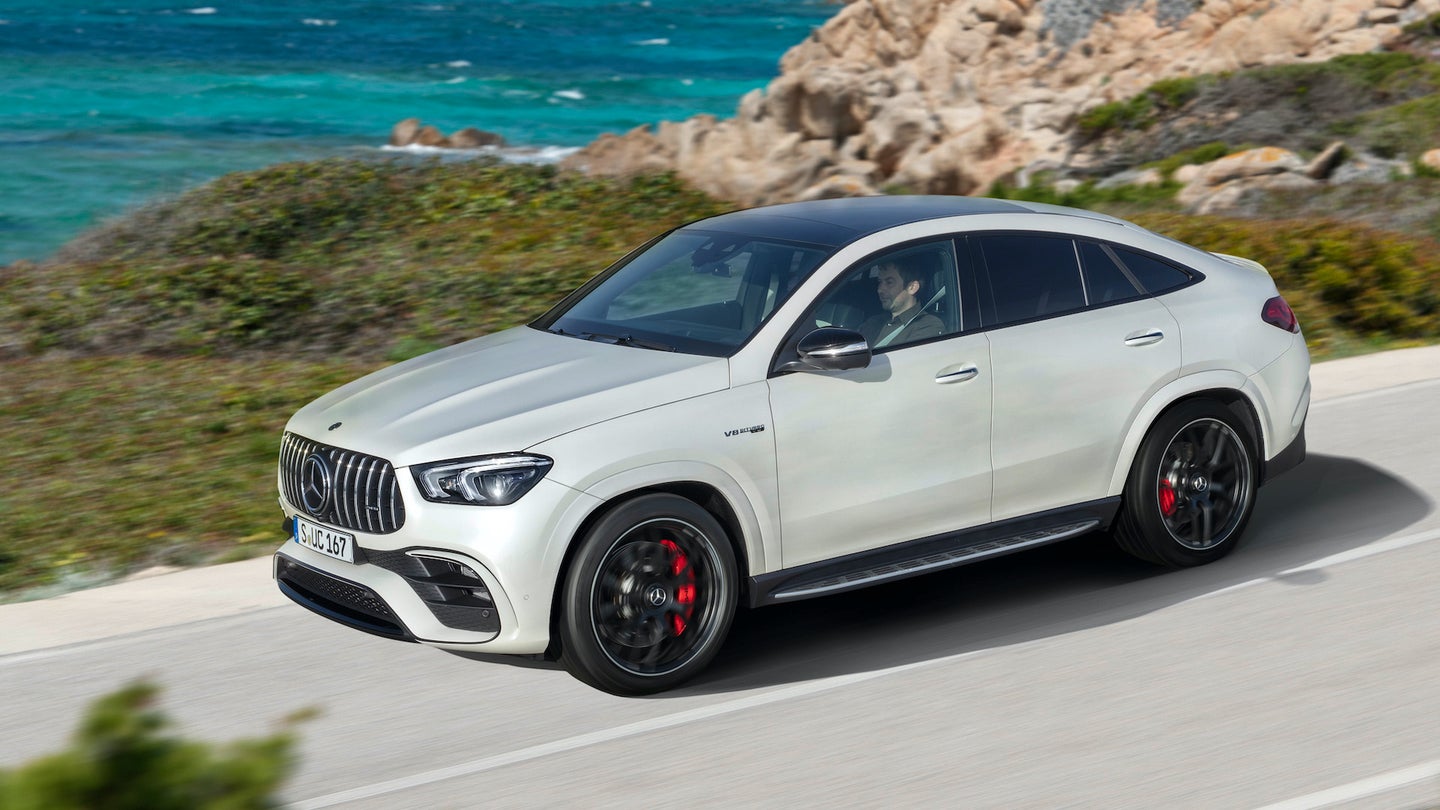 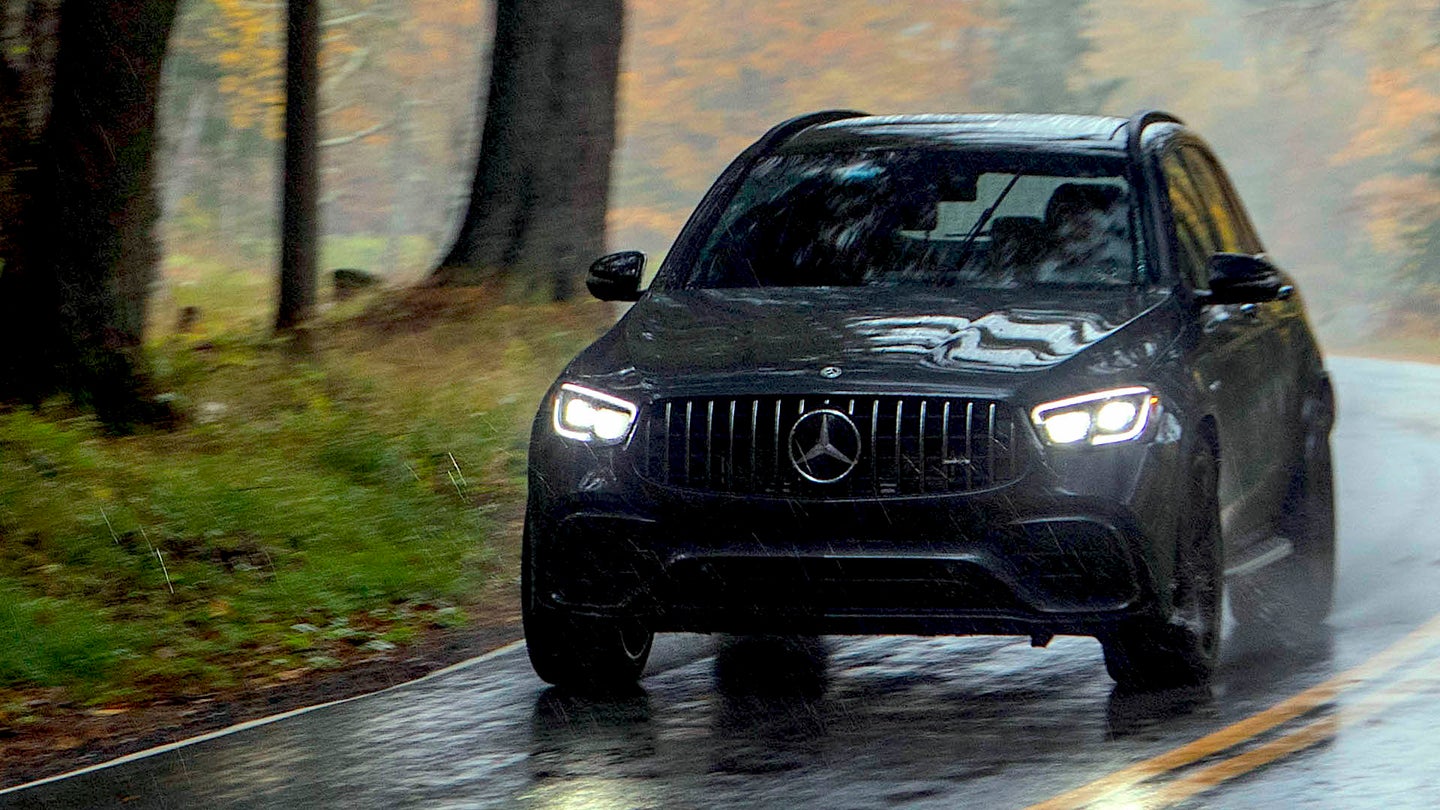