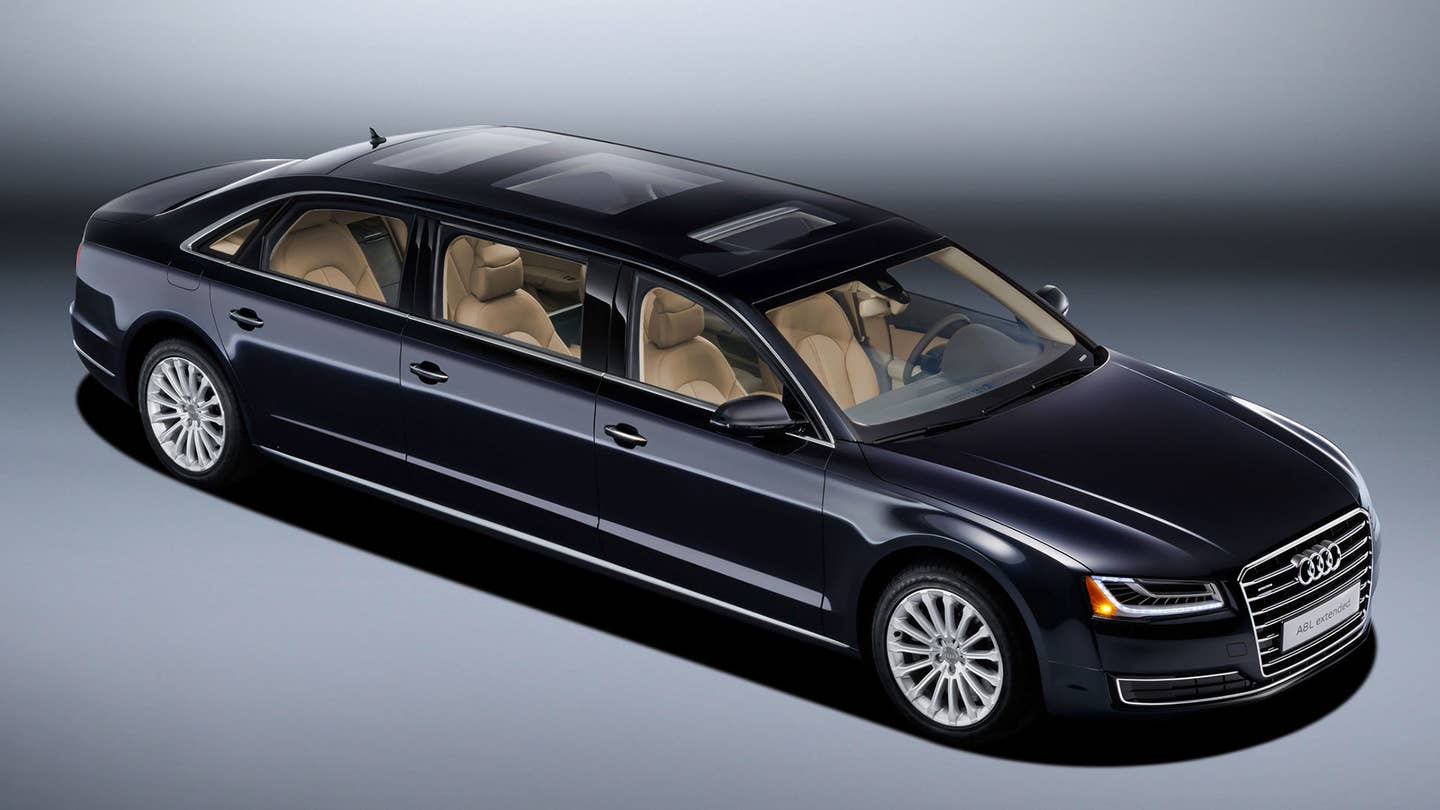 Audi is stretching its wings and making an A8L limo called the A8L Extended. The six door limo will be 20.9 feet long and weigh an impressive 5,335 lbs. Somehow, the limo will be able to carry six people and still get to 60mph in 7.1 seconds.

Pricing for the Infiniti Q50 Red Sport 400 has been released: Starting at $48,885, the 400 is a luxury sedan with, you guessed it, 400 horsepower. That pricing is significantly lower than that of its pricy competitors, like the Cadillac ATS-V, BMW M3 and Mercedes C63.

Hillary Clinton’s 1986 Oldsmobile Cutlass is up for sale. It's low-mileage and comes with a complimentary "Clinton for Governor '90" sticker, should anyone want to flash his Clintonista bonafides. A former Whitehouse gardener, the aptly-named Mike Lawn, is selling the car after his daughter rejected it for its age and blandness.

The Kodak Baby Monitoring System is a weird thing to promote on the Evening Rush until you realize that it's a great way to keep track of a beloved car or motorcycle. Capable of broadcasting HD video, as well as operating with night vision, the monitoring system is able to ensure you “baby” is safe in meticulous detail. Two-way audio is helpful if you need to shout at any potential thieves.

Time to invest in this killer grill/smoker combo from M Grills, called the M1. Made of sturdy 10 gauge steel, the M1 delivers smokey meat perfection and can stand up to the harsh demands of a marathon summer cook-off. Over 480 square inches of cooking space means even the vegetables will get prime real estate.

Today’s beer pick takes us to Dark Horse Brewing Company in Marshall, Michigan. This brewery represents Michigan well with a series of weather-appropriate Porters and Stouts. If darker beers aren’t your thing, try the Crooked Tree IPA, an American IPA with a crisper summer vibe.

Who likes short shorts? The Drive likes short shorts. Royal Robbins have come out with shorts with a 5” inseam for climbing and other high-action outdoor activity. Time to blast those quads and show skin you've never shown before.