Fit for any queen. 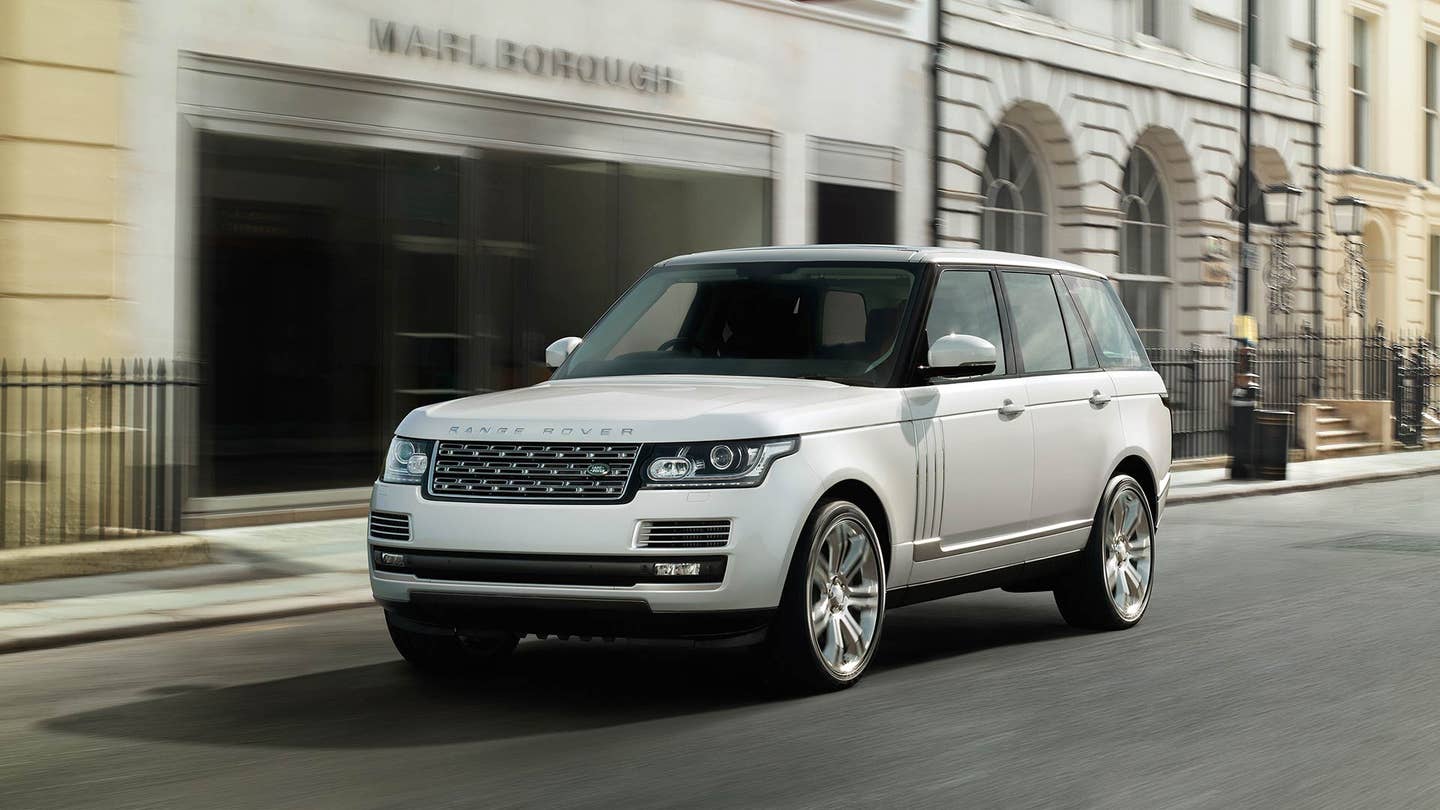 Queen Elizabeth II was a crack mechanic and ambulance driver during World War II, so Her Majesty appreciates a fine motor and workhorse chassis. Since ascending to the throne in 1953, she’s had her pick of chariots as manufacturers tripped over one another to supply the monarch with a vehicle. Her loyalty, however, lies squarely with Rovers—unconfirmed reports have the tally of royally-owned British SUVs just above 30. Her Corgis come and go; her Rovers endure. The latest stablemate is a long-wheelbase Range Rover Autobiography variant, modified for service as a State Review car.

Thus, the best test for the 2016 Range Rover Autobiography long-wheelbase is to install a stately woman inside and see what happens. The only analog to the Supreme British Matriarch I have available to me is the matriarch of my family. Diane Evans, like Queen Elizabeth, appreciates canine companionship, an immaculately set table and a sturdy 4x4. It took my mother mere moments to fall in love with the Rover. Upon seeing the 17-foot supercharged monolith, dressed in Indus Silver with the optional blacked out roof, her mouth fell open. “This is far more beautiful than the last boxy loaner you had,” she remarked, referring to the Mercedes G65 AMG. Then, she saw the backseat: a space the size of a football field drenched in black leather, Macassar wood trim and Alston (essentially Alcantara) headliner.

“Are you kidding me?” (Curse word omitted to preserve a regal aura.) After climbing into the 18-way adjustable executive seats—seemingly ripped from a private jet—I acquainted her with the various toys: seat heaters, personal climate control, back massage settings and the heating and cooling cupholders. She appreciated the 10.2-inch flat screens and accompanying wireless headphones, though wasn’t interested in them. “How do you activate the massager again?” she inquired.

On the road, Diane noted the rear media system would be “good for kids to watch a movie and have some snacks.” When I countered that children might mess up the back of the $150,000 vehicle with sticky little fingers, her riposte was swift: “If you can afford a $150,000 car, you can afford a butler to clean up any messes.” Of course, madame.

Diane gave the Rover ten points for its audio setup, a 1700-watt Meridian system with a 3-D Sound option that “made [her] feel like Billy Joel is performing inside the car.” The awarded points were rescinded after she discovered there was no makeup mirror in the backseat to touch up her lipstick before arriving at a palatial complex. (Read: suburban mall.) “Doesn’t Range Rover want the people coming out of the car to look as stunning as the car itself?”

Post-shopping, Diane gazed at the elongated body for a few moments before entering. “The exterior is gorgeous but it belies the luxurious interior,” she mused. “It should have diamonds on the outside.” We stopped to get frappuccinos from a coffee shop, then tried out the cavernous fridge beneath the driver’s armrest. It kept her treat frosty, earning a warm smile.

Because the Queen frequently slips behind the wheel herself, I let Diane pilot the 5.0-liter, supercharged V8 for a spell. Though it's not sovereignty of the British isles, 510 horsepower and 461 lb-ft of torque is plenty of power. With it, the 7,000-pound ute can crest 60 in 5.2 seconds. “Wait, I’m doing 75?!” Diane yelped. “It feels like like 40.” She found the ride to be buttery and comfortable; the backseat, fun, but less so than the driver's. “It doesn’t feel 17 feet long. It’s very easy to control. And so powerful.” At that, her foot sank into the carpets and the speedometer jumped.

Arriving back at our house, I asked about any Rover-related gripes. They were few: the drive selector's location on the center console takes some getting used to, and running boards should be standard. Overall, she declared the car heavenly and noted that it—and I—“have ruined driving for me. How am I supposed to go back to our Ford Explorer now?” The answer: True nobility requires sacrifice.

Approval from the Matriarchy: Full-throated, plentiful